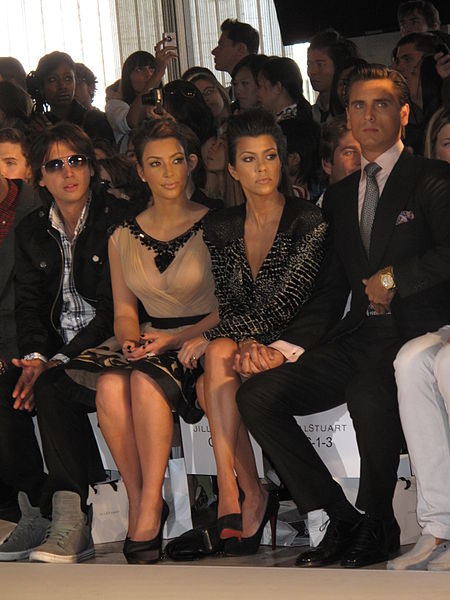 "Keeping Up With The Kardashians" has been well-loved because of its honest portrayal of family drama. However, when new characters, like friends of the family, come into the picture and try to rob the spotlight, fans get all too crazy!

Larsa Pippen, Kourtney Kardashian's BFF, showed up in last Sunday's episode, and the fans were all too honest in saying they're not happy about her presence. Khloe and Kourtney went for a girl's trip and Larsa came with them.

The show portrayed her character as someone who is into all wild partying and meeting some "boys" in Miami. Kourtney, on the other hand, only wanted to relax and chill.

What made the trip even more interesting is the drama between Sarah Howard, Poosh COO, and Larsa. Apparently, Howard also went on that trip to have more chill time.

The argument started when Larsa called out Sarah for consoling a complete stranger in the bathroom. She pointed out that the crying girl's problem isn't hers and reminded her that it was not their business to begin with.

Sarah lashed out by asking Larsa why it offended her that she was consoling someone in the bathroom. And that's where all the drama began. It all went out on Twitter and people started calling Larsa a "mean girl" and a "bully".

Now, Larsa Pippen is gaining negative popularity among fans of KUTWK online. Comments on Twitter range from fans asking why she is even around the Kardashians. Some fans even commented that Larsa Pippen is but a mean girl who always starts the drama.

Everyone has expressed their not-so-good feelings about her and even called her to "act her age!"

Meanwhile, other people are accusing her of ruining the all-girls trip when everyone just needs to chill. Sadly, a lot of the tweets were rather unkind.

As of press time, Larsa has tried to defend herself by saying that she did not mean to dismiss Sarah at all. She just felt that they shouldn't involve themselves with a domestic situation, especially because they were out of the country. However, the fans reacted to it differently.

The criticisms did not stop there. It only got worse.

To her rescue, Khloe commented that Larsa is a great friend of her sister, Kourtney. She emphasized that Sarah and Larsa are just two different people, but both have great hearts. Now, fans are lashing it out at Khloe by accusing her of saying things merely for publicity.

Some fans even claim that she is just saying things to do damage control to save Larsa.

A different commenter on Twitter said that she would have done the same as Sarah if it were her. "I'll be the first to ask if everything was okay," the user wrote.

Larsa, replied to this, saying she would have done the same if it were a friend. '"If I knew them, I would have," she wrote with emphasis.

Sure, how Larsa lectured Sarah was harsh, but getting in the way of someone else's issue -- especially when you are out drinking in a foreign country -- is just not right. It isn't the safest thing to do, too.

If anything, maybe Twitter fans of KUTWK shoul give Larsa a break.

© 2020 ENSTARS, All rights reserved. Do not reproduce without permission.
TAGSlarsa pippen kardashians Keeping Up With The Kardashians kuwtk
SEE COMMENT
CLOSE COMMENT