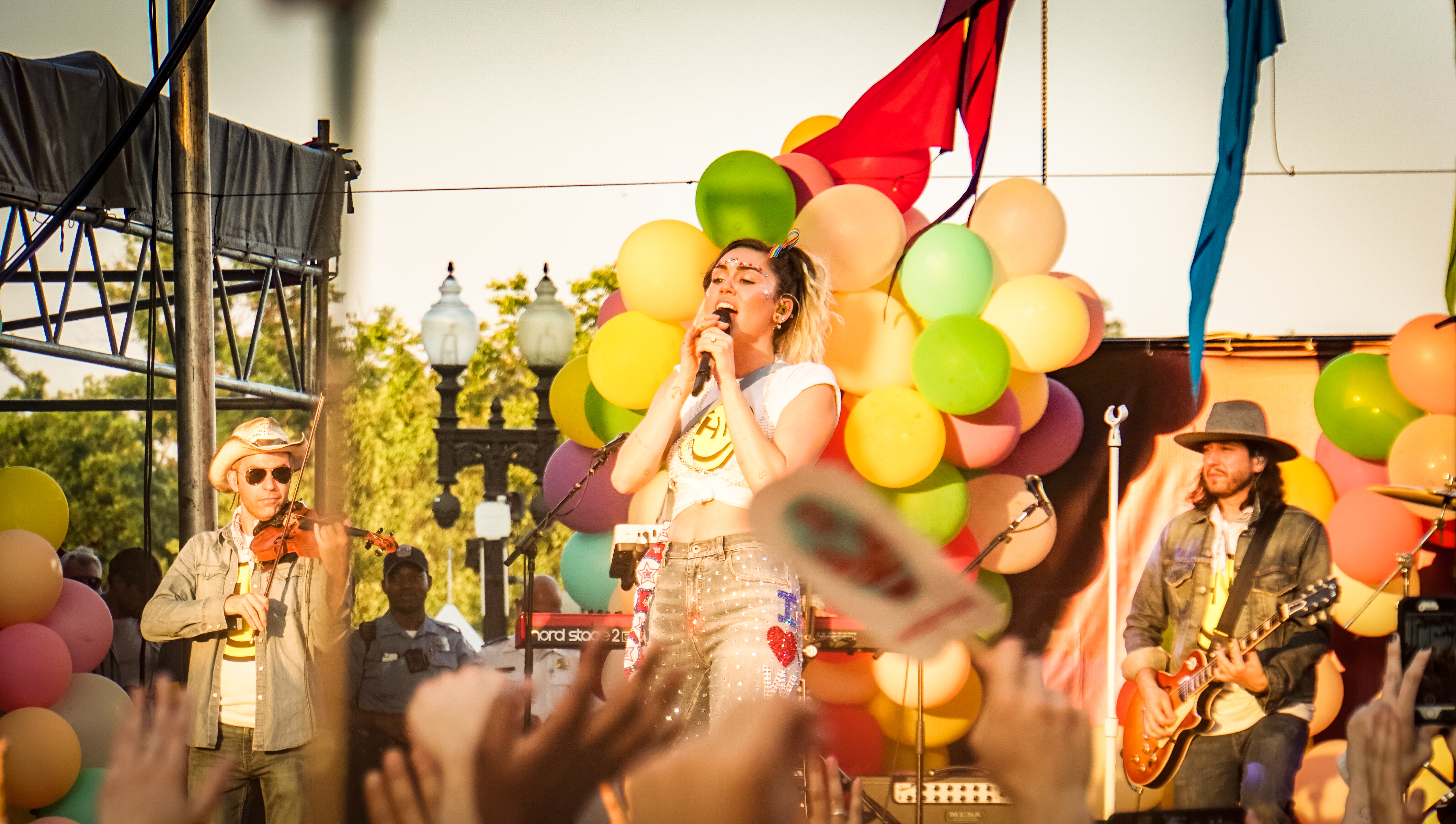 Since her transformation in 2013, Miley Cyrus has been making headlines for her provocative photos and don't-give-a-f--- attitude. It's Miley just being Miley.

One moment we see her bundling up layers for fall, then the next thing we see her stripped down with little to no clothing. She seems to enjoy switching up her outfits these days and has been on a journey in the last few months.

Earlier this week, the former "Hannah Montana" star yet again posted a carousel of controversial photos of herself freeing the nipple on Instagram, challenging the platform's nudity guidelines.

In the picture, she is seen wearing denim shorts and an extremely see-through white tank top with no bra, so her nipples are definitely full on display.

Miley captioned the shot with, "I'm getting more basic by the day. The only thing the 'new me' loves more than a mirror selfie is a self-timed one."

The "Wrecking Ball" singer is aware of Instagram's community guidelines, which specifically cite that photos of "female nipples" are against the rules. The platform has already previously warned her that the photos could be removed.

View this post on Instagram
I’m getting more basic by the day. The only thing the “new me” loves more than a mirror selfie is a self timed one. PS this is getting removed soon! I’ve been warned by the gram gods ! A post shared by  Miley Cyrus (@mileycyrus) on Oct 22, 2019 at 11:39am PDT

Miley's comment section was jam-packed with praises and positivity. Some even declared her the "Queen of Nipples."

However, clearly, Cyrus is not afraid to bare it all if she has to.

The actress protested by posting a topless photo of Jason Momoa, "Aquaman" co-star and actor, which was not removed from the platform. The original image featured Amber in a black suit jacket and pantyhose, the former remaining unbuttoned and providing the reader with a shot of Amber's breasts.

View this post on Instagram
In honor of IG’s rigorous and equitable Community Guidelines against showing the Female nipple ..and since mine enjoyed the brief privilege that’s afforded to my male counterparts.. I decided to pay homage by replacing it with a picture that DID meet IG’s strict nudity guidelines and such careful gender policies. See my stories to vote on which edit you prefer the most ..and thank you IG, here’s to 2019! A post shared by  Amber Heard (@amberheard) on Oct 19, 2019 at 8:36pm PDT

Instagram's policy regarding the display of female nipples is somewhat subjective, as the platform's policy prohibits "photos, videos, and some digitally-created content that show sexual intercourse, genitals, and close-ups of fully-nude buttocks," including "some photos of female nipples."