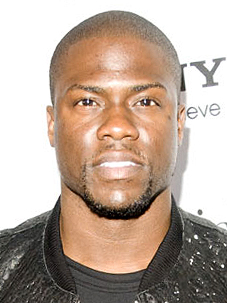 Yet again, Kevin Hard is off the hook.

RadarOnline had an exclusive release of the lawsuit that Montia Sabbag filed against the actor-comedian. The emotional distress and invasion of privacy lawsuits were filed again, but the court dismissed it for the second time.

The dismissal of the lawsuit came after reports of the comedian's attorneys filing to give them enough an extenstion in order to respond to the lawsuit.

The new lawsuit that Sabbag filed included Hart and former friend Jonathan Todd Jackson, who was earlier arrested and charged for extortion. There were other defendants on the case too, including Cosmopolitan and Fameolous.

In her complaint, Sabbag stipulated that the comedian negligently and intentionally allowed Jackson into his hotel suite, which has given him access to record a video of both Hart and Sabbag while they engaged in sexual acts. She further claimed that Hart knew of what Jackson was doing.

Why Was It Dismissed?

In the legal documents obtained from the California District Court, it specified that the first complaint of Monti Sabbag was dismissed the first time on September 17, 2019. The reports said that it was the "lack of subject jurisdiction," a small technicality, that led to its dismissal.

The legal document also stated that the plaintiff bears the burden of proving that the court has jurisdiction over the hotel. The allegations against Cosmopolitan have been found insufficient for the court to invoke its jurisdiction.

This lack of evidence has led to the dismissal of the first amended complaint filed by Montia Sabbag. The court has directed Sabbag and her camp to file for a second amended complaint to adequately prove the court's jurisdiction over the matter.

However, failure to submit a complaint by Nov. 8, 2019 and to sufficiently prove the court's jurisdiction on Cosmopolitan, would result in the dismissal of the case without prejudice.

The second lawsuit came amidst Hart's health issues. He was involved in a fatal car accident in September 2019.

Kevin Hart is currently recovering from the injuries he sustained during the accident. On October 29, he posted a video of the accident and his intense recovery plan after the surgery.

Hart is yet to issue a statement on the second dismissal of the case. It is easy to guess that he would welcome the dismissal as good news as he is currently struggling to get back on his feet.