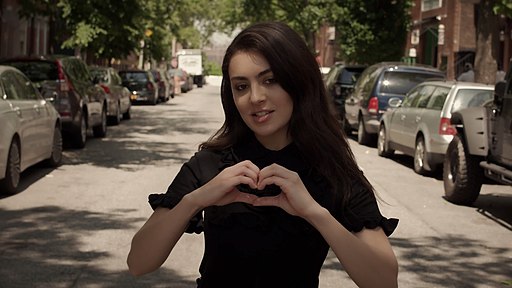 Singer-songwriter Charli XCX is game for anything. But how much is too much even for a superstar as accommodating as Charli?

Fans of the "1999" singer are coming to her rescue to defend her against acts that some would consider as going too far to the point it could warrant harassment.

Charli is currently on tour in the U.K. and has meet-and-greets almost every day with her fans there. However, things have not actually been normal in these meet-and-greets.

Hold This for Me, Will Ya?

Previously, Charli told I-D that she was shocked -- like someone just threw her a baseball without warning -- when a casual conservation with a fan turned creepy. Charli was informed that the fan's mom recently passed away, to which Charli expressed her condolences.

The twist came when the fan asked Charli to please hold his mom's ashes for a quick photo. Charli obliged but admitted to I-D that she was afraid and added that she hoped it would be a one-time thing.

The post got millions of impression on Twitter, but the fan said it was never in his intention to use the photo for clout. He also insisted that he did not force Charli, who also liked the photo on his Twitter account.

When asked if he regretted what he did, the fan said he doesn't because it connected him with his dead mom in a way. In fact, the said fan believes his late mother would think what he did was funny what he did. The fan in question, however, admitted that he does regret posting it on Twitter.

Charli XCX loves her fans so much, they can get away with a lot of their unlikely requests.

The fan recalled Charli saying "what is this hunny?" After posting on the internet, Charli's fans were outraged and called out the fan for using the singer for online clout or instant fame.

The douche fan was condemned online for crossing huge boundaries with his inappropriate act, which could be considered sexual harassment. The fan clarified that the douche was unused and added that he apologised to Charli, who reportedly insisted one was not necessary.

Not Obliged, Not a Helpless Damsel

Charli finally put an end on the online war that both fans and journalists engaged in. She took to Twitter to say that she genuinely wants to hold meet and greets with her fans and not once felt obliged to fulfill her fans' requests -- strange or not.

Charli XCX thanked her fans for coming to her defense, calling their concern "sweet, but unwarranted." She also dismissed the accusations that her fans used her for online clout and slammed the "fake wokeness," as she insisted she felt no injustice from her fans.

"This 2019 fake wokeness only encourages people to harass and attack one another online," cried out Charli who said she will not stand for the "ridiculous and pretentious" narratives.

The 27-year-old singer also called out the press for creating clickbait content on her as if she was a "helpless damsel" on their think pieces. She said that she hopes for a "safe space for freedom of expression."

A final word of warning from Charli XCX, if the online feuding among her fans over the meet and greets will not stop, she will be forced to cancel all of them.