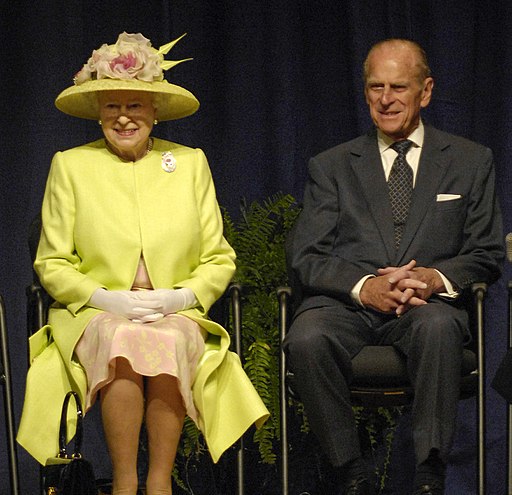 In British royal tradition, surnames are not necessary. But when required, they often refer to their titles. Queen Elizabeth II surname is Windsor as she is monarch of the House of Windsor, akin to her father George VI.

The Queen's grandfather George V was the first monarch of the House of Windsor.

The Origin of Mountbatten Surname

Marriage did not change the Queen's name. To this day, she is Elizabeth Alexandra Mary Windsor.

Her husband, the Duke of Edinburgh, was previously Prince Philip of Greece and Denmark of the House of Schleswig-Holstein-Sonderburg-Glücksburg.

The birth of their firstborn, Prince Charles sparked debate. Could he carry his father's surname as other British children do?

The Queen agreed, but not without refute from Prince Philip. It crushed the Queen's husband who thought to himself as nothing but a bloody amoeba -- the only man in the country whose children cannot carry his name.

In 1960, when Harold Macmillan took over as prime minister, Prince Philip approached him with the matter. A compromise was reached, Her Majesty's 1960 Order-In-Council.

All the Queen's descendants without His or Her Royal Highness titles would adopt the name Mountbatten-Windsor.

Supposedly the first to ease Prince Philip's pain over the years were his grandchildren with Prince Edward, his youngest child.

When Edward wed Sophie Rhys-Jones, they were given the title Earl and Countess of Wessex. They also agreed with the Queen that their children would not be HRH Prince and Princess. They and their children were the first to be given the right to use Mountbatten-Windsor.

However, the Earl of Wessex would drop Mountbatten. His business cards would read Edward Windsor. His eldest (13th in line to the throne) Lady Louise Windsor did the same. Her brother is simply James, Viscount Severn.

Finally, Someone to Carry His Name!

Prince Charles -- first in line to the throne -- was given the title Prince of Wales upon marriage to Lady Diana Spencer. Their children, Prince William and Harry, carried their father's title Wales as their surname.

Upon marriage to Kate Middleton, Prince William became Duke of Cambridge. The Queen gave his children HRH titles and so are Princes and Princess of Cambridge.

When Prince Harry married, he did not become Earl like his uncle Edward. The Queen gave him the title Duke of Sussex.

However, Harry and Meghan Markle's child would not have HRH titles. It is the Queen's discretion to give her great-grandchildren titles, but also with consent from the parents.

Harry and Meghan choose to give their children a normal life. So, they may have refused the HRH title. This gave their firstborn the right to use Mountbatten-Windsor.

Indeed, the Sussexes first child was given the name Archie Harrison Mountbatten-Windsor. It sure appeased his grandfather Prince Philip.