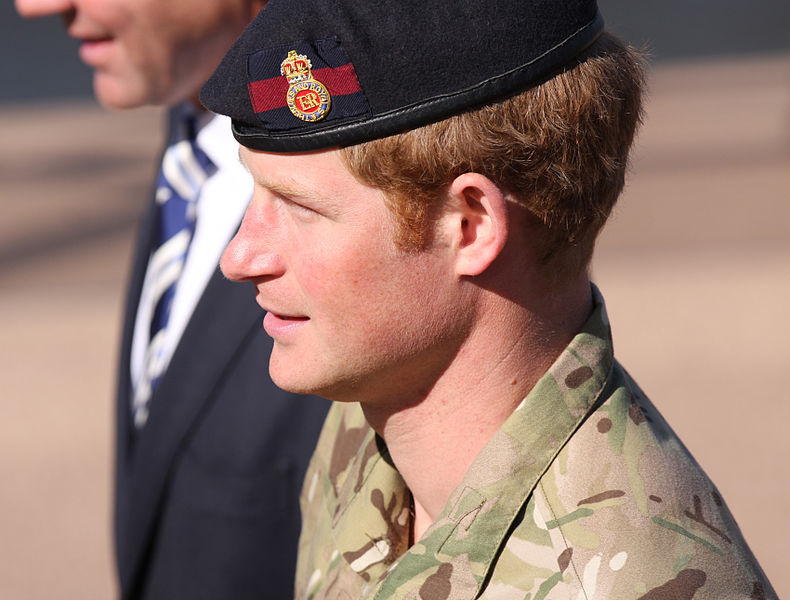 Prince Harry served the Army in 2015, and his royal blood didn't grant him an exemption from being in the line of fire and danger. He didn't simply skate through his military career -- he was actively in service of his country.

While his family tried to stop him from pursuing his dream to become a soldier in fears that he would be targeted by the Taliban, it has been reported that Prince Philip had no sympathy for Harry and even wanted him to join the Navy, which was the traditional royal route. The Duke, however, took his stand. He managed to convince his family to let him battle in the front lines.

He has served in various roles according to the official website of the royal family. It has been reported that the Duke of Sussex first entered the Royal Military Academy Sandhurst in May 2005, where he underwent an extensive and demanding training for 44 weeks before he was officially commissioned as a British Army officer in 2006.

It was in January of that year when the Clarence House announced that the prince was going to "join the Blues and Royals." In February 2008, the Ministry of Defence confirmed that the prince had already been serving in Helmand, Afghanistan for more than two months.

According to CNN International, Prince Harry was initially supposed to go to Iraq with his regiment. After a series of "specific threats" against him, his post was changed and he was sent to Afghanistan.

It was in this country that Prince Harry has experienced a close encounter with death.

In her 2019 book, "Harry: Conversations with the Prince," Angela Levin pointed out that the prince's "closest brush with death wasn't revealed until 2016," several years after the end of his military service (via Express).

Sergeant Tom Pal, Harry's fellow soldier, explained the incident in the 2016 book "Coldstream Guard, 10 Years in Afghanistan, Guardsmen's Stories." At the time, the prince was deployed to Dwyer, a desert outpost six miles from the front line.

"I remember one afternoon before evening scoff or a gurkha curry was on I was sitting chatting with both Caprain Russell and Prince Harry about random stuff wen the camp was hit by a Chinese 107mm rocket... whoosh, bang, wallop," the sergeant wrote.

The rocket reportedly struck 50 meters from where the three of them sat. According to the sergeant, the Prince was rather shaken by the "breath-stopping" incident.

"Various checkpoints were getting attacked every single day. It wasn't anything new - the thing that was new was that you were sat next to a royal, chatting random stuff. Then all of a sudden all hell breaks loose," Sergeant Pal told The Times.