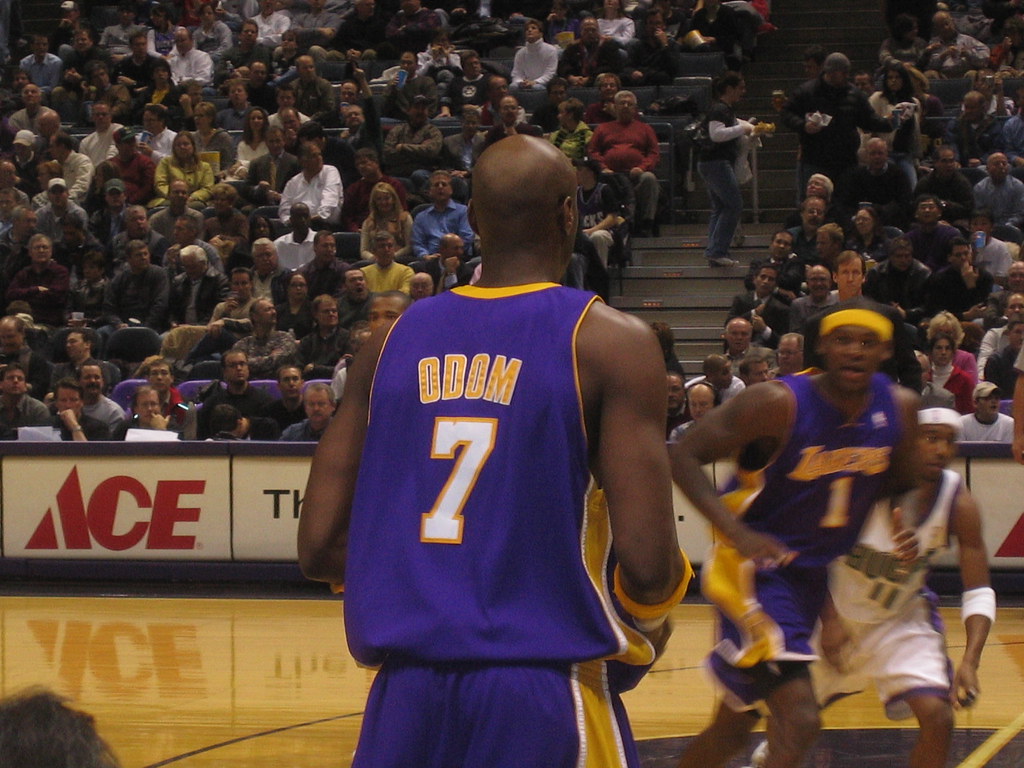 Lamar Odom and Sabrina Parr sparked controversy on the general public when they announced their engagement on various social media platforms.

The former Los Angeles Lakers star was practically smitten with her personal trainer Sabrina Parr, as the two are now ready for marriage. The announcement was sudden and many people were shocked, including Odom's own family who also found out about the news on social media.

The most disappointed of them all, however, was Lamar's 17-year old son Lamar Odom Jr. who made a comment on the soon-to-be married couple's photo on Instagram.

Here's what Odom Jr. commented on the photo of the announcement:

"Not a text or a phone call to see how people who've know this dude his whole life to see how we would feel or react. Knew shawty for 4 months and already got you twisted. Family n friends already don't approve of the homegirl but already she got your ass ina sunken place. Shame family gotta find out on social media but that's been how life been all the time as the son of an Odom."

The two time NBA champion has never denied his children are important to him, but his horrific past as a drug addict was enough to put a quite noticeable dent in his relationship with them. However, this time, he made sure that now he is sober and ready for a clean slate, with hopes to potentially mend and improve his connection with his beloved children.

Nevertheless, the son of the athlete was in regret and swiftly tried to deescalate the situation he incurred with an apology, stating that he was just in shock and was essentially caught off-guard about his father's sudden engagement.

Lamar Jr. also stated that at the end of the day, he was just a teenager and was very irresponsible about the thing he posts on social media and even went as far as to congratulate his father and wished only the best for him.

The comment sparked PR backlash, with fans of the former NBA champion also noticing that the father and son had not posted a photo together since 2017.

As for now, we can only assume as to why the couple will be wedded so soon. The full details of the Odom and Parr wedding is still to be announced to the general public and conjecture can only be made if Lamar Odom Jr.'s apology was sincere.