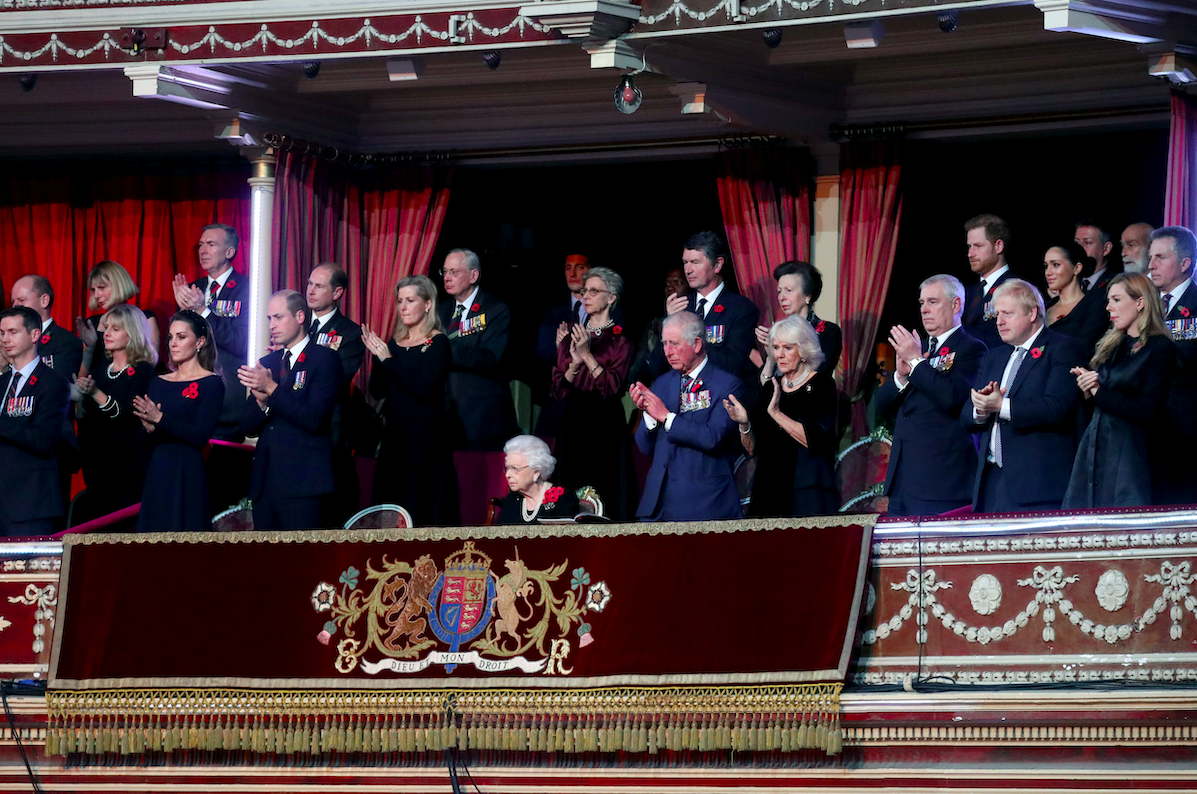 Families share eccentric Christmas traditions that can leave new in-laws wondering what they have gotten themselves into. But the British royal family might be the most unconventional of all.

Unfortunately, they will not be complete this year since Prince Harry and Meghan Markle are planning not to spend Christmas with the royal family. Instead, they will reportedly fly to Los Angeles to spend time with Meghan's mother, Doria Ragland, with their baby Archie on Thanksgiving and will stay there until after Christmas.

Read on to find out if the royal family's festive routine is no different from regular people.

The Queen enjoys shopping for gifts for her loved ones. Wanting only the best for her family, Harrods apparently stays open after hours just so the Queen can shop at her leisure.

Each year, they fit three Christmas trees at the Marble Hall in Buckingham Palace. They also have a Christmas tree and a large silver artificial tree in the dining room at Sandringham.

The Queen allows her great-grandchildren to decorate the trees.

View this post on Instagram
Wishing a very Happy 70th Birthday to The Prince of Wales! #HappyBirthdayHRH Two new photographs of The Prince of Wales and his family, taken by @ChrisJacksonGetty in the garden of Clarence House, have been released to celebrate HRH’s 70th birthday — visit @ClarenceHouse for more  A post shared by  Kensington Palace (@kensingtonroyal) on Nov 13, 2018 at 2:13pm PST

Staff are Given Christmas Gifts As Well

Early in the year, the staff can choose between a gift token or a book token as a gift from Queen Elizabeth and Prince Philip.

To qualify for the present, the crew must be in royal service for about a year and the value of the voucher increases with seniority.

Rest of the Family Arrives on Christmas Eve

The family members who are invited to spend Christmas with the Queen and her husband at Sandringham are given a specific time to arrive on the 24th.

Each group will turn up according to their status within the family. Most junior members will be the first to arrive, while senior members, such as Prince Charles, Prince William and Kate Middleton will be the last to arrive.

View this post on Instagram
The Queen and The Duchess of Cornwall at Westminster Abbey for a service to commemorate the day 750 years ago when the remains of Edward the Confessor were enshrined in the church. This consecration of the church ground was followed by the building of the great Gothic abbey which has become the setting for many Royal celebrations and commemorations. Press Association A post shared by  The Royal Family (@theroyalfamily) on Oct 15, 2019 at 6:07am PDT

Every year, the Queen takes the train to King's Lynn station. The Royal family will go to Sandringham House in Norfolk, 100 miles north of London, instead of celebrating Christmas at Buckingham Palace.

The retreat house has been with the royal family since 1862 and will serve as the perfect winter escape because of its 24-hectar garden.

The Windsors honor their German heritage by opening presents after afternoon tea on Christmas Eve instead of Christmas day.

On the morning of the 25th, the male members of the royal family will head downstairs for an English fry-up. This includes bacon and eggs, mushroom, and kippers, while women are served with traditional breakfast of fruit, toast and coffee in their rooms.

The royal family's venture to St. Mary Magdalene Church for Christmas service is a popular event, with many spectators arrive early so they can try to get a glimpse of their favorite royals.

After their church service at 1:00 p.m., the royal family will be seated for their Christmas lunch. They will be served traditional food such as turkey, roast potatoes, mashed potatoes, stuffing and many more.

At 2:00 p.m., there will be a Christmas pudding served with brandy butter and brandy sauce. Once done, the family will sit with one another to watch the Queen's annual Christmas broadcast.

View this post on Instagram
The Earl and Countess of Forfar, as The Earl and Countess of Wessex are known in Scotland, laugh with 101 year-old May Balfour during a 2-day visit to Forfar, Angus – their first since their new Scottish titles were announced. In a day of engagements, The Earl and Countess learned about the work of @guidedogsscot, tried the famous ‘Forfar Bridie’, watched a Highland Dancing display and visited St John’s Episcopal Church where The Queen Mother, The Earl’s Grandmother, was confirmed. Swipe ️ to see The Queen Mother’s name (line 7) in the register of confirmations. See our story for more from today! A post shared by  The Royal Family (@theroyalfamily) on Jul 1, 2019 at 11:13am PDT

Since Prince Harry and Meghan Markle will likely not be present on Christmas, Prince William and Prince Harry might not be able to play an annual game of football against one another. However, the entire family will still continue to play their usual favorite, charades.

Christmas Film Night in the Ballroom

The ballroom at Sandringham is often used for formal occasions, but there is one screen installed on one of the walls that can be pulled down and have a film projected onto it. After a busy day attending church services, they settle down for a film screening in the evening.