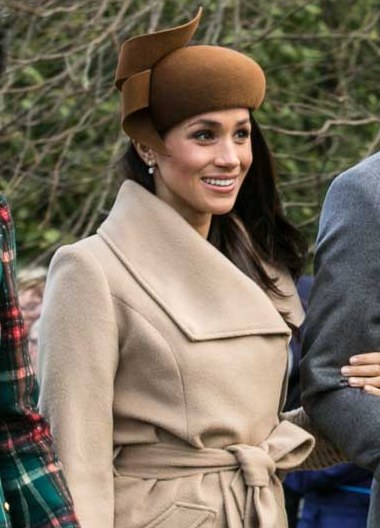 Meghan Markle is reportedly thinking of cancelling her plans to visit her mom in Los Angeles and instead have her mother make the flight to the United Kingdom.

Prince Harry and the Duchess of Sussex have been reportedly planning to spend their holidays in Los Angeles with Markle's mother, Doria Ragland.

Ever since their return from Africa, the royal couple planned to take six-week break from their royal duties to spend some "family time and, perhaps, escape from the criticisms they are receiving even for a little bit.

Moreover, according to reports, Prince Harry and Meghan are said to be planning to extend their stay in the U.S. and spend Christmas there. Of course, the plan was met with criticisms, as it would break a royal tradition of all the royalties spending the holidays with the Queen at Sandringham.

Additionally, Markle reportedly wants to expose Archie to his American heritage, which is the reason why she wants to celebrate Thanksgiving and Chrismas in the U.S.

However, according to a report by Dail Mail, the couple is considering having Markle's mother travel to the U.K instead and spend some time together at Frogmore Cottage.

Markle is said to be considering to stay in London for Thanksgiving.

The holiday is not celebrated in London, which is why Markle wants to use the opportunity to volunteer at a homeless shelter.

Though the Duchess might be spending time there, she is no stranger to volunteer work at shelters and soup kitchens. Markle used to spend time at West London Soup Kitchen.

When the kitchen told her they had insufficient funding to open seven days a week, Markle created a cookbook called, "Together: Our Community Cookbook" to raise enough funding to keep the kitchen open.

At the young age of 13, Markle started volunteering at a soup kitchen. Just like her husband Prince Harry did when he was still a child.

"I started working at a soup kitchen in Skid Row of Los Angeles when I was 13 years old, and the first day I felt really scared," Markle revealed.

Markle went on to do numerous charity work since then (and more since she married into the royal family).

Markle is known as a champion of women's rights and have spoken up about her stand in feminism. The Duchess even called out the sexism displayed in the hit American TV series "Suits" -- a program she starred in.

Given how much Meghan Markle loves doing charity work, it is no surprise that she wants to spend some time off her six-week break to do something good for the community.