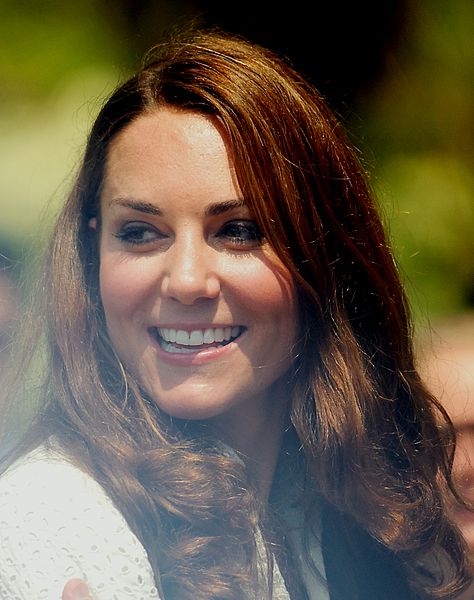 Kate Middleton and Prince William were proud parents to their own royal young performers.

At the Royal Variety Performance at the Palladium Theatre in London, the Duke and Duchess of Cambridge met a lot of inspiring young performers, but they could not help but boast of their own.

After the show on Monday evening, the couple was seen chatting with some of the dancers and acrobats -- including some very talented kids.

Nuala revealed that during their brief meeting, the royal mom told her about the small shows that Prince George and Princess Charlotte put together for her.

The young actress revealed that the Duchess told her about how her children love to perform at home. She added that Kate wondered how the young actors like them are able to strike a balance between acting and their school work.

"I can't tell you how exciting it was to meet them," Nuala said, referring to the Duke and Duchess of Cambridge.

Both William and Kate were also captivated by the lovely Aurelia from Zurcaroh, an acrobatic group. The proud mom of three told the performers that George and Charlotte loved doing acrobatic acts at home, too. She particularly mentioned cartwheels and handstands.

Kate Middleton must have enjoyed the performances a lot, but she could not help but tell the crowd how proud she is of her little royal performers. For every instance that she got, she would mention of Princess Charlotte and Prince George and their secret "performances" for their mother.

Kate spoke to Petula Clark, who plays the role of the Bird Woman in Mary Poppins. Clark asked Kate that the kids should come and watch their show. However, the Duchess of Cambridge replied jokingly "not on a school night."

The performances the kids missed during the event were nothing short of spectacular. It included acts from Lewis Capaldi, Robbie Williams and Mabel of the Mary Poppins as well as the cast of "Come From Away." There was also a special collaboration from the Manchester's Bee Vocal choir and Emeli Sande.

The show was staged at the London Coliseum as a "celebration of peace." Its official announcement said that it was an order from the King to show his appreciation of the generosity of the artists to share their talents on stage.

The funds gathered during the show was to help victims of war.