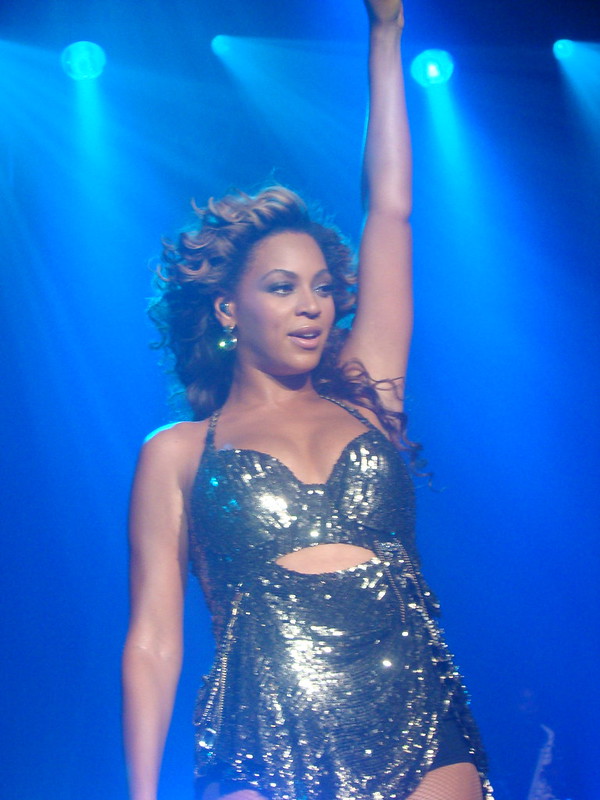 Blue Ivy Carter is the daughter of Beyoncé and Jay Z. She was seen before at her mom's music video "Spirit" and, again, at "The Lion King: The Gift."

The seven-year-old has also graced the 2019 Netflix special "Homecoming" with her mom, as she was featured rehearsing "Lift Every Voice and Sing" during the behind-the-scenes footage of Beyoncé at the 2018 Coachella. This documentary was nominated at the Emmy awards.

Blue was also a featured artist in the song "Brown Skin Girl." She sang the part "brown skin girl, your skin like pearls, best thing in the world, never trade you for anybody else."

Not only did she sing alongside SAINt JHN and WizKid, but she was also a co-writer of the song.

The Ashford & Simpson Songwriter's Award at the 2019 BET Soul Train Awards was presented to Blue Ivy along with her parents. Both Jay Z and the Queen B were also credited as songwriters of "Brown Skin Girl."

Keep in mind that Queen Bey has 16 Soul Train Awards to her name, so it should come as no surprise that her daughter would also follow her footsteps.

#BrownSkinGirlChallenge quickly became viral on the internet. The likes of Gabrielle Union and Lupita Nyong'o have been known to use the hash tag to spread its positive message. Many girls have learned to embrace the skin they are in because of the song.

Because of the positive reception Blue Ivy has been getting, her parents have moved to trademark "Blue Ivy Carter." However, the trademark is still in court after an events planning company refuted her claim.

Morales claimed that there would be confusion between her trademarked event planning business and that of the celebrities' daughter's name.

However, Beyonce and her legal team argued that the company in question was just a "small business with few employees and offices." In contrast, her daughter Blue Ivy Carter is already fast-becoming a renowned 'cultural icon.'

Take note that Beyonce and Jay Z did not file a trademark for "Blue Ivy" alone. They want the trademark to be their daughter's full name "Blue Ivy Carter."

Morales reportedly offered to sell the business and the trademark to Beyoncé and Jay Z for $10 million, which they declined.

Beyoncé continues to settle the matter in court as she wants her daughter to be established.

READ MORE: Oscars 2020: Taylor Swift Has Her Claws On An Award