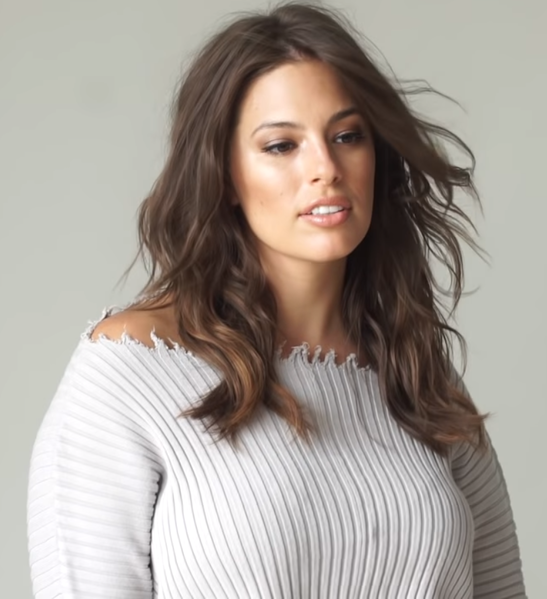 Ashley Graham is a picture of a beautiful expectant mother. This first-time mom-to-be happily shares the story of her pregnancy journey.

In a recent interview with Vogue for their 2020 cover, the model that changed the rules of the industry opened up about sex. She talked about how sex between a husband and a wife goes through different waves.A lot of planning is involved, she said.

"With the pregnancy, things have changed a lot," Graham emphasized.

Graham got real about sex during pregnancy. She revealed that it takes a lot of effort to make it happen.

The model emphasized that the bulge can make women vulnerable, saying "It can become sensitive when you lay on it or take on a position."

Graham, 32, admitted that she asked her couple friends for positions to try while pregnant. Although it is something rarely talked about, she believes that it is time for sensitive topics like this to be normalized. She pointed out that it has to be a conversation that mothers can openly talk.

The expectant mother revealed that she felt alone in the beginning of her pregnancy. She had to hide the fact that she was pregnant for four months, thinking that nobody would understand.

Ashley exudes confidence because she was in control of her body. But when she got pregnant, it was like somebody took charge and all she had to do was succumb. "I felt I didn't have anyone to talk to about it," she added.

Her rapid weight gain at the beginning of her pregnancy pulled her confidence down. However, her stylist Jordan Foster gave her rather sound advice on how to deal with it: "Make yourself some pregnant friends."

None of her friends were in a relationship let alone pregnant at that time, so she thought it was impossible to survive. Fortunately, she has nine pregnant friends now and she is very happy.

One of Graham's pregnant friends, Amy Schumer, welcomed her first child in May. Amy shared that she gave Graham a tour of the nursery they prepared to give her an idea.

Schumer, 38, revealed that they talked about what she learned about her pregnancy and childbirth and all the other things she wished she knew about before. Schumer added that "pregnancy can get everyone around you excited, but you don't get it."

Schumer revealed that it was only after she has given birth that she finally understood why everyone was so happy for her.

Serena Williams, too, said that she has been in touch with Graham throughout her pregnancy journey. The tennis star, 38, is a mom to Alexis Olympia, her two-year-old daughter. The athlete revealed that she was one of those people who listened to all the ugly details of Graham's pregnancy that she does not talk about.

Williams admitted that she loved talking about all these details because it is comforting to know that someone understands.

Graham and husband Justin Ervin celebrated a baby shower to welcome their son in New York in November. The model told PEOPLE exclusive details about the event. She shared that 100 people were there to celebrate the coming of their son, including Gayle King.

The mom-to-be emphasized that one of the most exciting parts of being pregnant is making new friends with other pregnant women. It is the bonding with other moms that makes it truly a happy journey.