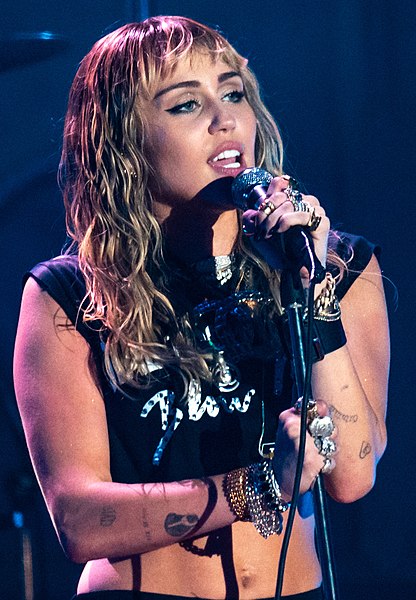 Miley Cyrus is trying to send a statement about her divorce with Liam Hemsworth.

Amidst the messy divorce the ex-couple find themselves in, the singer expressed her feelings through the new tattoo she got.

Just this weekend, the 27-year old artist got herself two new tattoos. One was a word that best describes how she feels right now amidst the divorce proceedings she and ex-husband Hemsworth are in.

Although the two have agreed to set their feelings aside in order to find a settlement on mutual ground, Miley could not help but express how she felt. Using one needle, the artist had the word FREEDOM tattooed a little above her knuckles on one hand.

"Freedom" is what it feels like for Miley Cyrus, who has been in an on-and-off relationship with Liam Hemsworth before they decided to get married. Over the weekend, the "Party In The USA" singer had the words delicately written across her hand.

The messy divorce the Miley and Liam find themselves in have exhausted their energies. Liam, however, agreed to sit across Cyrus to find a possible settlement of their case simply because he wants to move past this part of his life.

According to reports, Hemsworth wanted to forget about this part of his life and move on to more positive thoughts.

Only seven months after they got married, the Australian actor has decided to put an end to their relationship and filed a divorce. Their relationship went through a lot and it has changed Cyrus in more ways that one could imagine. Shortly after his decision to file for divorce, the two confirmed their split.

They have made it Instagram-official by unfollowing each other on the social media platform.

Shortly after, Cyrus reportedly went out with "The Hills: New Beginnings" star Kaitlynn Carter. They ended their whirlwind romance in September.

The "Wrecking Ball" singer then moved on to dating Cody Simpson, an Australian singer. In October, Cyrus and Simpson decided to get inked together at the Nico Bassill's private studio. They didn't get matching tattoos though.

Her growing number of tattoos says a lot about her sentimentality. Each one is a representation of an emotional part of her life. On Sunday, Miley shared the second tattoo that she got inked. It was a note from Yoko Ono.

"I'm proud of you, Yoko," the Tattoo read on Ono's handwriting. Cyrus had it tattooed on her left shoulder.

Last year, the pop star did a cover of "Happy Xmas (War Is Over)" by John Lennon and Yoko Ono along with the couple's son, Sean Ono Lennon.

Miley Cyrus has always been known as this strong independent woman that she projects herself to be. And yet underneath that strength is a woman who is just looking for love from the right person at the right time.

The love she shared with Liam Hemsworth may not have stood the test of time, but at some point, they shared a love that only the two of them will truly understand.

Her new tattoo "freedom" may just be a word to others, but it is the embodiment of exactly how she feels at this time. May it be freedom from her relationship with Liam or freedom from the judgments of society -- the word can speak for itself. It is just truly liberating.