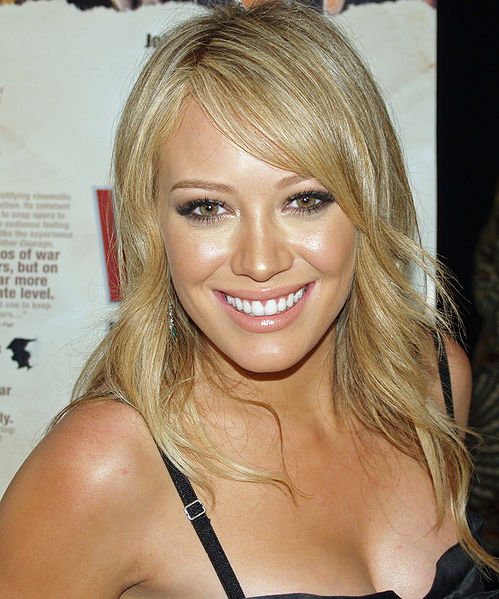 Hilary Duff is just like any other working parent. She feels the guilt, too.

The mom-of-two admitted that she feels guilty about missing out on a lot of time with her kids. She has a seven-year-old son Luca and a 15-month-old daughter Banks. Whenever she is filming the TV show "Younger" and the much-talked-about reboot of the "Lizzie McGuire" film, the actress feels bad about not being there for her kids.

But then again, Hillary realized that it was absurd to feel guilty at all.

"Sometimes, work gets the best of me that I feel I am not giving enough for my kids," Duff said during an interview with "Yahoo Lifestyle." The 32-year-old actressadded that whenever she misses out a school activity or a bedtime story because she has to work, she feels really bad.

"I can be so hard at myself, but I know I am not superwoman," Duff shared.

However, Duff tells herself that everything in her life right now is what she wanted. And so she vows to give her best in everything, whether it be for the TV show or for her kids.

The Life She Wants

Duff admitted that she loves to work and she loves her job. It gives her a certain kind of confidence that she can be anything she wants to be.

The "A Cinderella Story" actress also said that just by being present and having a good time at work, she can show how truly grateful she is for the opportunities coming her way.

"I hope to carry on the positivity throughout the year," she added.

Apart from feeling and thinking positive about being an actress while being a mom at the same time, Duff is also looking into getting back in shape and being healthy. She continues with her macrobiotic diet, which was a program that she has done in the past, particularly before her wedding. It has kept the young mom in shape especially after giving birth.

One of Duff's current collaborations is with Zicam. She is promoting their homeopathic products to help deal with the colds.

For the times that she feels a bit under the weather, Hilary said their products have been very helpful to get her back on her feet. Like everyone, as Duff becomes older, she has found herself turning to the more natural approaches to healing. She is now supporting all-natural brands more and more.

"I think being conscious of the products we buy, food-wise," Duff explained. "I do a lot of oils and stuff like that in my bath and their bath... I put oils on the kids's feet at night before bed. Now they just expect it and they like it. It's almost like a nighttime ritual, you know, that's just fun to do with your kids. We drink a lot of water."

Duff also admitted that increasing her water intake has also brought wonderful changes to her personal well-being. She also shared that she adds immune boosters to her kids' water.

Despite the challenges of balancing motherhood and being an actress, Duff never forgets to spend time with her husband as well. In the spirit of keeping everything in her life in a positive light, Duff intends to take on shorter "honeymoon" vacations in South Africa more frequently.

"We had the best time in Africa, though we were worried about our kids," Duff said. But she also admitted that she enjoyed the part where they get to sit down and talk about anything because it's just the two of them.

Duff's daily life with work, the kids, and her husband can be quite an adventure, but she would not want it any other way.