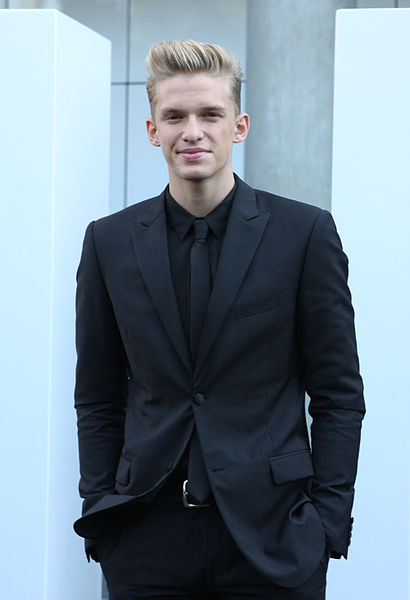 From their pictures at the gym, it looks like Miley Cyrus and Cody Simpson are stronger together than ever.

On Wednesday, the "Mother's Daughter" artist and her boyfriend posted some pictures of them at the gym. The photos highlighted their well-toned bodies and their overflowing love and affection for each other.

In her Instagram stories, Miley shared a mirror selfie where she was leaning on her side wearing a pair of gray shorts pulled up like a bikini and a white sports bra. Meanwhile, Simpson can be seen in the background doing jump squats.

Over the clip, Miley wrote "we have a different idea of 'werking out'."

The photos can be seen on PEOPLE.

A follow-up video was then posted where the singer was topless while grinning. She was also wearing a pair of earbuds as she tried to turn away from the camera. Her boyfriend can be heard laughing hysterically in the background.

Miley wrote on the caption of the video, "When baby F---s up but wants you to listen to his song...Peep the plugs."

Cody Simpson celebrated his birthday last weekend, but he was not with Miley. However, Cyrus made sure she was able to send him special tributes for his birthday.

Through her Instagram stories, Cyrus sent out her greetings for her beau and a personalized gift, too.

On Friday night -- before his birthday -- the pop star wrote on Instagram, "Happy Birthday to my best friend in the entire world." She then tagged the Australian singer before writing "I love you and our pirate life."

On the day of his birthday, Cyrus posted a second message along with a video where the couple can be seen cuddling while wearing face masks. "Happy Birthday to my favorite human to get weird with on the entire earth. I love you," she wrote on her caption.

Simpson and Cyrus were first romantically linked around October following Miley's much-talked about divorce settlement with ex-husband Liam Hemsworth. Miley dated Cody after she broke up with then-girlfriend Kaitlynn Carter.

The two were never shy of showing their love and affection for each other on social media. They were reportedly getting serious about each other when news that Cody spent Christmas with Miley's famous family circulated.

During one of their most recent date nights, Cyrus revealed the secret to their strong relationship. She shared photos of their sweet selfies and captioned it "Start dating your best friend ASAP."

In her Instagram stories, Miley also posted a cuddly shot of the two of them and captioned it with "besties."

Although it may seem as if their relationship has moved too quickly, the two have been friends for a long time before they were romantically linked. Simpson's manager Matt Zeidman said during an interview with PEOPLE last October that "the two are sober now and are focused on improving themselves and their craft.