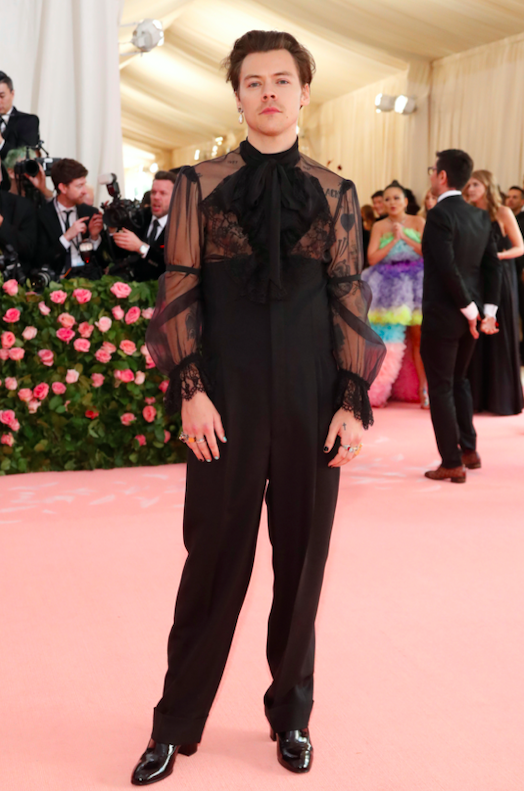 Caitlyn Jenner admits that she would love to see her daughter Kendall Jenner and Harry Styles date once again.

Speaking to Capital Breakfast with Roman Kemp via Facetime, the host asked about the supermodel's relationship with the "Lights Up" singer, to which Caitlyn answered with, "I only met Harry one time, at an event with Kendall. He seemed like a gentleman."

She also praised Harry's chivalrous nature towards Kendall, whom he reportedly dated in 2013.

Roman mentioned that a reunion of the former couple would be amazing, and Caitlyn agreed it would be incredible to have them get back together.

The former Olympian also said that she does not always approve of the guys her daughter have brought home, but the former One Direction band member might have passed the test.

"Yeah, I agree! I've got a lot of girls and would you see what they bring home sometimes, it's just like, 'What the hell are you thinking?' but I keep my mouth shut. I don't bring that up," Caitlyn furthered.

Kendall and Harry have never confirmed or denied their relationship publicly. Still, it was widely rumored that the pair had been dating for a while and were even spotted on holiday together.

During Harry's guest appearance on "The Ellen Show" last December 2019, he was asked if he and Kendall "are really good friends."

This question came after Harry's appearance on "The Late Late Show with James Corden" alongside Kendall where they played "Spill Your Guts or Fill Your Guts."

"Yup, been friends for a while now. Like, several years," Harry replied.

DeGeneres then said "That's sweet that you all still are really good friends," to which Harry responded with, "Yeah, I think so. Yeah."

Another Man For Kendall

Another person Caitlyn would want Kendall to date is fellow "I'm a Celebrity" campmate Myles Stephenson because "he's such a good cook."

Myles previously told the father-of-two how much he liked the supermodel, admitting in the jungle:"I love Kendall. I'd marry Kendall tomorrow. I'll be a house-husband. I'll cook."

Myles then doubled down on his love for Kendall, even adding in the Bush Telegraph: "Imagine. Kendall Jenner Stephenson. We're going to make some beautiful children."

Caitlyn admitted that his co-camper has "kind-of the first pick" because "he's such a good chef."

Although Caitlyn Jenner is hopeful of a romantic reunion for Kendall with Harry or ever meet Myles, that might not be on her daughter's mind. After all, early this week, she was spotted having brunch dates in New York with her on-again-off-again boyfriend Ben Simmons.

The couple initially started dating in May 2018 and split at the end of the summer, then got back together in fall of 2018 which lasted until May 2019.

After that, they took another break before reconciling at the end of 2019. It was reported that they even spent New Year's Eve together.

A source told People Magazine that while the two are now back together, they will likely be off again at some point because of their busy schedules.

However, the connection keeps coming back.

People's source said, "Kendall always liked Ben. They always have the best time together. They are dating and seem happy for now. They have both had a lot of time to see each other."

Nonetheless, it would not be surprising if they broke up again because "as soon as they get busy with their careers, it fizzles out." For now, "everything is great" between the two.