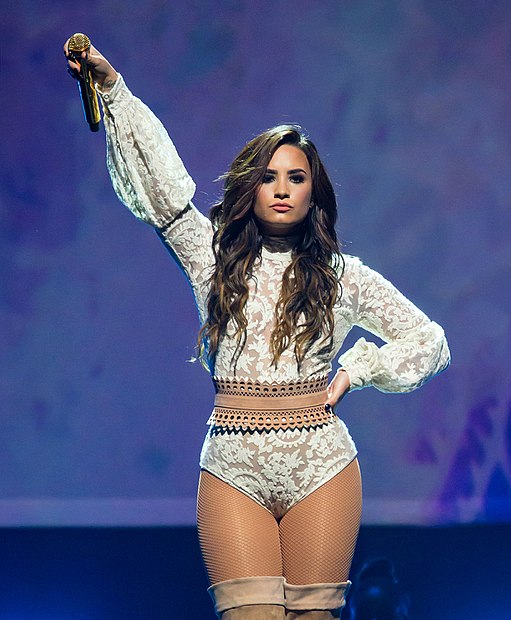 Demi Lovato is in for a whole lot of pressure as she steps up on stage on Feb. 2, 2020 at the Hard Rock Stadium for the Super Bowl LIV.

Demi has large shoes to fill, starting with the unending comparison to Whitney Houston's version in 1991.

The "Sorry Not Sorry" singer previously sang the U.S. national anthem at the 2015 World Series. Hence, the audience has a preview of how the singer will perform at the upcoming Super Bowl 2020.

The choice for Demi came after being nominated in the Grammys in 2019. She is currently championing her advocacies on sobriety with her newest single "Sober." It is expected that the Super Bowl 2020 will help spread further awareness and make eating disorders, self-mutilation, and drug/alcohol abuse more easily understood rather than taboo.

The Clock Is Ticking, Demi

The multi-platinum singer is going to be under the watchful eyes of her detractors, who will time Demi's performance. The average length the Star Spangled Banner is sung at sports meets, particularly at the Super Bowl is one minute and 56 seconds.

Male singers are found to be performing faster and female performers are deemed to have sung over the sports book's line.

SportsBetting3.com's Brendan Meehand reveals his observations, which he reviewed from singers performing since 2006 to date. Meehand adds that the fastest performance so far was Billy Joel, singing the national anthem in just 1:30 minutes at the Super Bowl 2007.

Furthermore, Sportsbetting3 sports wagering analyst Ron Halfback predicted that Demi will be singing beyond the two-minute sports line set by Bovada. However, the sports expert believes that if Lovato gets ill, then she might cut her Super Bowl performance short as what happened with Pink in 2018.

The sports predictions come as caution to encourage bettors to bet the over on the singer.

How Will Demi Fair Against These Legends?

Demi's performance at the upcoming Super Bowl LIV will always be compared to those who have gone before her. While she does have powerhouse vocals of her own, avid Super Bowl fans and other spectators will want to know how Demi will live up to certain expectations.

Among the most memorable performances of the Star Spangled Banner at the Super Bowl include Whitney Houston, for sure. Her live rendition came at a timing that helped push her to the top 10 of the U.S. Hot 100 and her single becoming a certified platinum.

Every other singer will always be compared to Houston's performance as spectators will say, "That was pretty good, but Whitney Houston's was better."

Other Super Bowl national anthem singers included Cher, who shook up the sports event with her contralto voice in 1999. This was followed by the patriotic performance of Faith Hill at the beginning of the millennium.

Other unforgettable performances that Demi will have to live up to include Beyonce's performance in 2004 followed by Jordin Sparks in 2008, Jennifer Hudson in 2009, Carrie Underwood in 2010, and Christina Aguilera in 2015. Aguilera also previously performed at the Halftime Show at the start of the millennium.

READ MORE: Demi Lovato Already Thinking About Having a Baby!