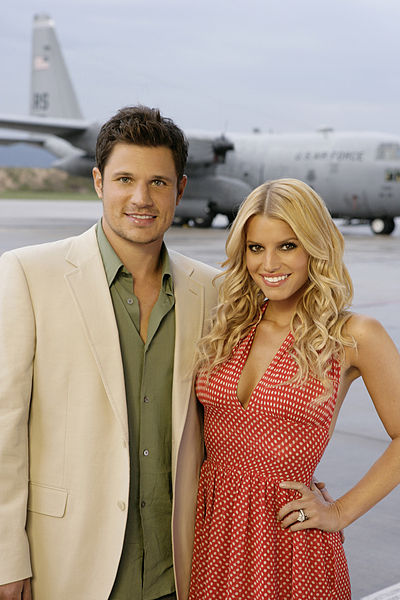 Nick Lachey has nothing but good words for his ex-wife Jessica Simpson.

In the release of her new memoir, Simpson shared intimate details about her marriage with Lachey. It opened up old wounds, but Lachey did not want to react to it any further. In his most recent interview, the singer sent nothing but well wishes for his ex-wife.

On Monday on the Today show, Nick Lachey was joined by his wife Vanessa Minnillo Lachey to discuss their new dating experiment series on Netflix. The couple co-host the show "Love is Blind."

During the interview, Hoda Kotb asked Nick if he knew what his ex-wife revealed in her memoir "Open Book," which provided details of their marriage and their split in 2005.

"I'll be honest. I haven't read the book. I do now know what she revealed there, but I am very happy about the good life that she has. I know she is happy for us too," the 98 degrees lead singer said. He also emphasized that there will always be mutual respect between them.

After all that happened, the boyband member said that they have obviously moved on from each other.

Vanessa Lachey, on the other hand, was asked about the gift they (as a couple) gave Simpson during a milestone in her life. She denied that they ever gave her a gift, saying she does not even have any idea what her address was. Although she did not send them, she thanked the person who sent them on her behalf.

About Her First Love

Simpson's new book is set to be released on Tuesday. In her memoir, she candidly wrote about her relationship with Nick. The two met back in 1998 and tied the knot in 2002. Their marriage was showcased in "Newlyweds," a reality television show in MTV.

In a recent interview with PEOPLE about her book, Simpson admitted that Lachey was her first love.

"We were crushed by ourselves and by the media," said Simpson.

to recall, Jessica asked Nick for a divorce in 2005. "I got tired of showing people that we were the perfect couple. I couldn't lie to our fans that everything was okay."

In retrospect, however, Simpson said she respects Lachey so much.

"I was young when we got married. Nick was eight years older but he was still young himself," Simpson added.

The singer furthered that they were together for seven years and that should count for something. That's why she wanted to keep the respect between them. Jessica also recognized the family that Nick and Vanessa Lachey have.

"I don't want to disrespect that," she added. The ex-couple have been in good terms despite the divorce and they consider each other friends.