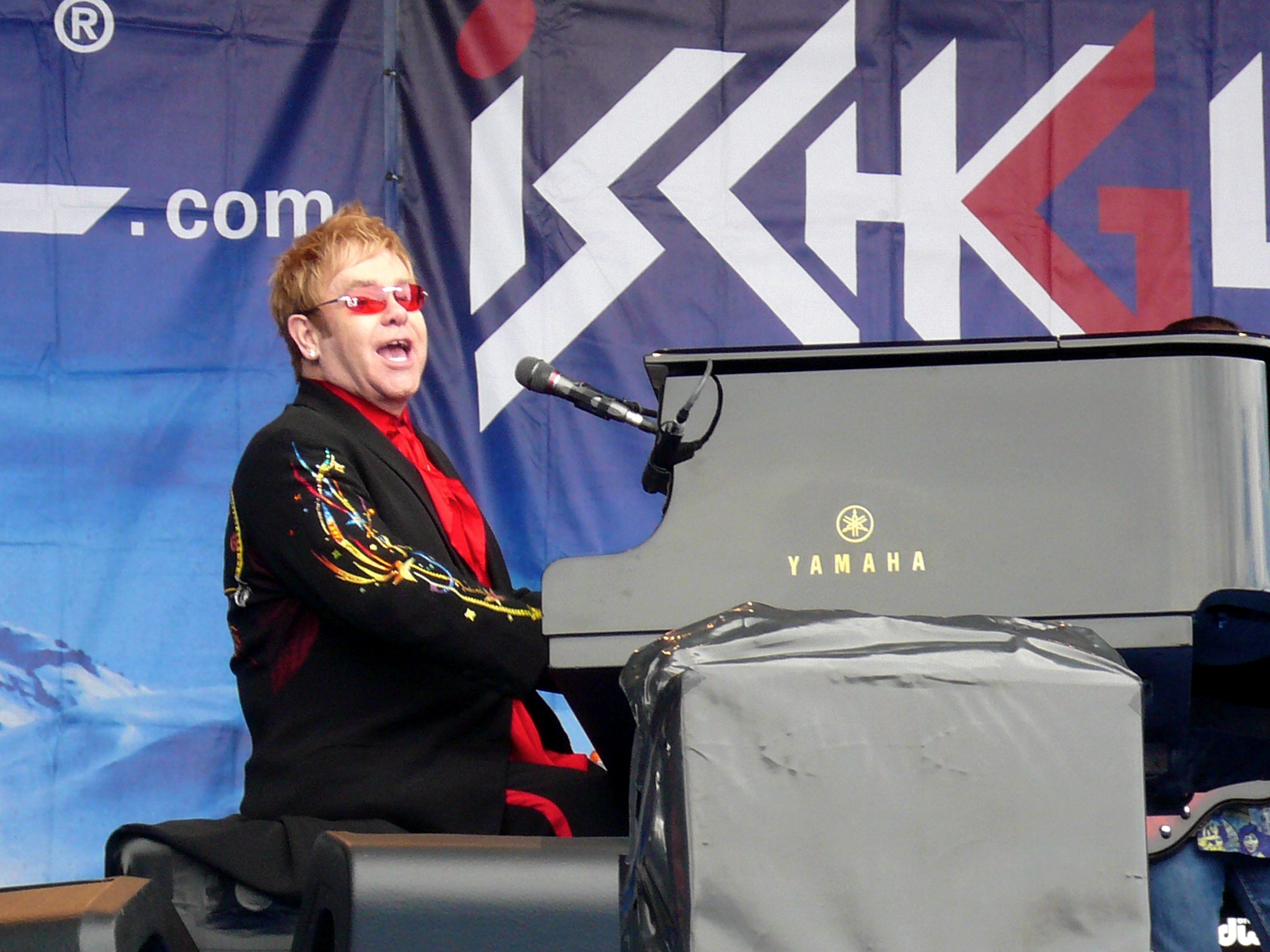 British singer, pianist and composer Elton John got emotional after he was forced to leave the stage early during a concert due to illness.

During his performance in Mount Smart Stadium in Auckland, New Zealand, Elton John broke down in tears after being struck with the diagnosis of "walking pneumonia".

The "Candle In The Wind" singer apologized to the crowd after wrapping his set.

"I've just completely lost my voice. I can't sing. I've got to go. I'm sorry," John said before being assisted off the stage.

Following his abrupt exit, the 72-year-old iconic performer detailed his illness over Twitter and Instagram. He also shared his disappointment for not being able to finish his concert, adding he is "deeply upset" about the situation.

"I want to thank everyone who attended the #EltonFarewellTour gig in Auckland tonight. I was diagnosed with walking pneumonia earlier today, but I was determined to give you the best show humanly possible. I played and sang my heart out until my voice could sing no more. I'm disappointed, deeply upset and sorry. I gave it all I had," Elton wrote.

What Is Walking Pneumonia?

According to the Centers for Disease Control and Prevention, walking pneumonia (also called "atypical pneumonia") is a mild form of pneumonia that occurs when the air sacs, or alveoli, of the lungs fill with fluid or pus.

Symptoms include feeling tired and sore throat, fever and cough. Severe cases may lead to more serious lung infection, which may require care in a hospital.

After the saddening incident, fans showed overflowing support through social media and wished Elton well for his fast recovery.

"Sir Elton John I f%$# love you. Thank you for blessing us with your talent tonight. Feel better soon look after yourself.", one Twitter user mentioned.

"We love you Elton! What a belter to play a show like that when you should have been recovering at home... Rest up and get well soon," another fan posted.

Survivor From A Near-Death Experience

This is not the first time that Elton John has experienced a concerning health condition. In fact, he revealed last year in a BBC documentary entitled "Uncensored" that he suffered a near-death experience after contracting an infection during his post-surgery for prostate cancer.

"I picked up an awful bug from somewhere. And I was about 24 hours from snuffing it. We didn't tell people that was going on at the time, so I had an annus horribilis as they say for half the year," John said back then.

John added that he literally needed to "learn how to walk again," emphasizing how serious his condition was. He also recalled how he asked and prayed to not let him die as he still wants to see and enjoy his life with his children.

The multiple Grammy-winning legend is currently on his last tour tagged as "Farewell Yellow Brick Road." He has two more gigs lined up in Auckland on February 18 and 20, followed by shows in Australia

As of now, it is unclear whether he will still continue what he says his final tour

Elton John has been in the music industry for almost five decades with over 50 Top 40 hits and 300 million records sold worldwide.

Among his famous hits are "Can You Feel the Love Tonight?" and "Circle of Life" for the Disney movie "Lion King" and "Sorry Seems To Be The Hardest Word" which was then revived by the boy band, "Blue".

READ MORE: Miley Cyrus Who? How Liam Hemsworth Copes With Life After Divorce