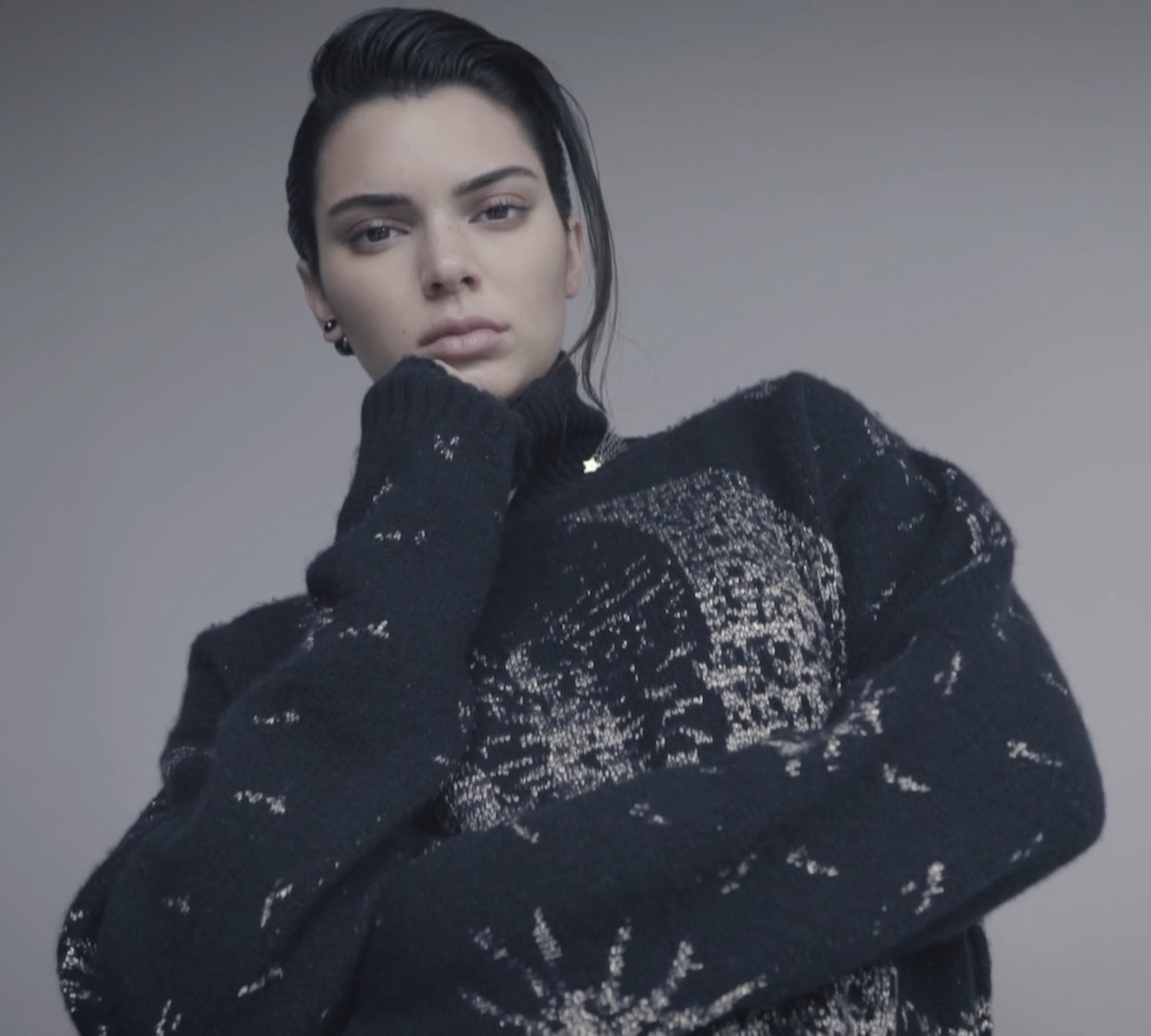 In contrast to the other members of the famous Kardashian clan, Kendall Jenner has always been the most secretive from the siblings as she tries to live under the spotlight. But clearly, that would be too impossible.

After walking for Burberry show at London Fashion Week, the reality star decides to spend some time with Gen Z It boy and social media influencer, Luka Sabbat.

In case you lived under a rock, Sabbat is Kourtney's ex-fling.

Jenner took to Instagram a photo of him and Sabbat with captions "After Burberry". The post shows Sabbat and Jenner leaning towards each other.

The "Grown-ish" star also posted a comment "Love you bad".

Aside from the IG feed, the reality star also posted a solo pic of Sabbat in her Instagram Story.

Dating rumors of Sabbat (21) and the eldest Kardashian (40) had sparked the end of 2018 when the two are constantly being photographed together as well as Sabbat's appearance at Mason Disick's (son of Kourtney to ex-husband, Scott) birthday party.

Fast forward to mid of 2019 when the two are caught exchanging flirty messages over Instagram. After the KUWTK star posted a throwback Instagram photo of herself during a trip in Portofino, Italy in which she cautioned "By Mason", the budding supermodel then replied, "He gotta take my next 'fit pic."

However, in his interview with The Cut, he denied the allegations and said: "We're definitely not dating".

Despite her efforts to keep her life, especially her love life private, the 24-year-old supermodel whose name has been romantically linked to famous personalities such as singer Justine Bieber, who she reportedly dated from 2014 to 2015. Of course, that was the pre-Selena Gomez era.

Though it was only short-lived, it was said that Jenner dated former One Direction member, Harry Styles. According to her sister, Khloé Kardashian in her Entertainment Tonight interview, "Do I think they're dating? Yes," she added "But I don't know if they're like boyfriend-girlfriend. You know, nowadays I don't know - people are weird with stuff. So, I don't know their title. But I mean, they were in St. Barts together hanging out, so to me that's dating. I would call that dating."Another celeb who made it on our list is NBA Utah Jazz point guard Jordan Clarkson. After hitting up the Beverly Hills Hotel, the two were caught "casually dating" and celebrating the 4th of July.

Rapper, singer-songwriter, and producer A$AP Rocky has said to be dating Jenner sometime in 2017 for over a year, though the two never made it official.

The 2018 highest paid supermodel was also linked with Gigi and Bella Hadid's brother, Anwar after they were spotted having a make-out sesh at Socialista New York. Just like the other guys, Jenner remained silent amid the news and released no official news about the issue.

Then there's another basketball star, Laker's hottie Kyle Kuzma. Jenner and Kuzma dating rumors started after they were seen on the boat during the fourth of July 2019.

Last and the only relationship that Kendal confirmed is his on and off affair with Australian NBA star, Ben Simmons. In a February 2019 episode of "The Ellen DeGeneres Show", Jenner admits that she had been dating Simmons "for a bit".