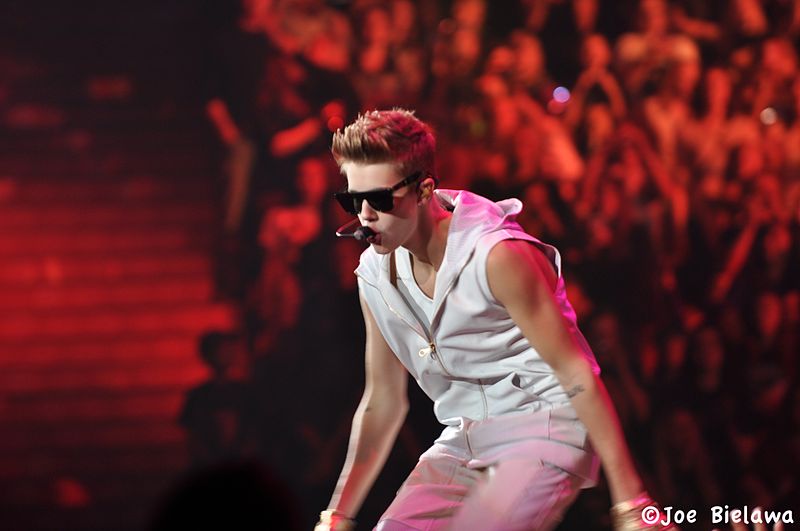 He tweeted, "I wanna challenge Tom Cruise to fight in the octagon. Tom, if you don't take this fight, your scared, and you will never live it down. Who is willing to put on the light?"

Joining James Corden on "Carpool Karaoke" last Tuesday for "The Late Late Show," the "Baby" singer dished why he wanted to fight the Hollywood actor before and now admits that it was a ridiculous idea.

Bieber told the host, "I don't know. I was just being stupid, to be honest. But then people were like, 'I wanna see this happen.' And I was like, 'You know what? That could actually be funny.'"

Corden joked that it wouldn't be too much for the singer because if he has to pick one winner, he would be choosing Cruise "every day of the week."

Maybe with a hurt ego, Justin Bieber responded with "absolutely not," adding, "But there's absolutely no way. he's not the guy you see in the movies!"

The "Late Late" show host stated the obvious saying, "Dude, he is. He is in phenomenal shape!"

But Bieber keeps insisting that Tom Cruise is "just a character" and that "Phenomenal shape doesn't mean you're a good fighter."

Frustrated, the popstar who married Hailey Baldwin in 2018 said, "You're really boiling me up, and I wanna f****** fight you," as he playfully started to push Corden as he was driving.

The hitmaker boasted that he's dangerous and that his agility is "crazy and insane," insisting not to be mesmerized by the characters Cruise is playing.

The two fought arm wrestling in the car, and while Bieber beat Corden, the host still thinks Tom Cruise will win if he had to pick between him and Justin Bieber.

When Justin Bieber dropped his latest album "Changes" on Valentine's Day, he revealed that the entire album was a "love letter" to his wife, 23-year-old model Hailey.

The album is the first he has released in more than four years.

In an interview with Zane Lowe on Apple Music, the "Yummy" singer admitted he was still hurting when he started dating Hailey as he was dealing with unforgiveness from his high-profile relationship with Selena Gomez.

He admitted to Hailey that time that he was "hurt and still trying to figure out my way," adding that he wasn't ready to make a commitment."

Many fans would think Hailey would feel insecure after her husband and Gomez's relationship in the past, but according to Hollywood Life's insider, Mrs. Bieber has now no doubt of how strong their love is for each other.

"She feels so secure and loved; nothing could bring her down."

It was also reported that because of Hailey, the two had made so much progress, especially with encouraging Bieber to be "100% himself."