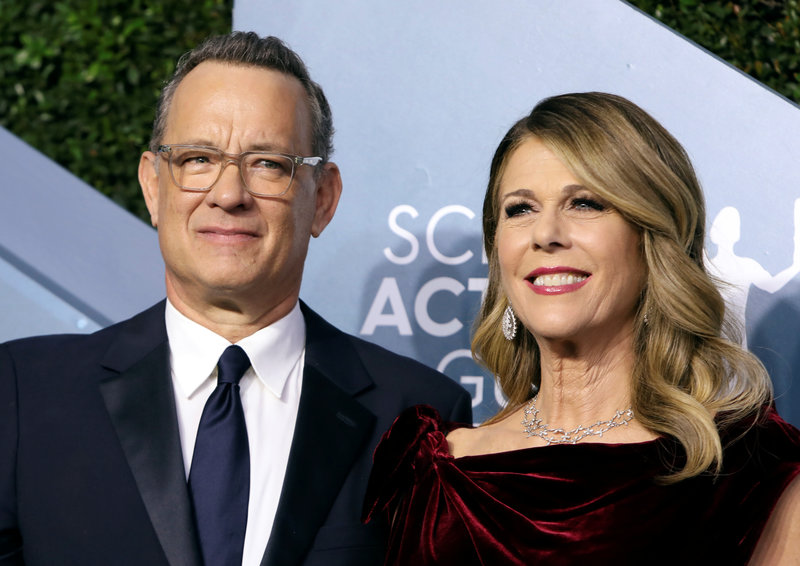 Soon after they recovered from coronavirus disease, Rita Wilson revealed the two wishes she asked Tom Hanks if ever she dies first.

On Tuesday, the pre-recorded episode of "The Kelly Clarkson Show" where Rita appeared as a guest was released.

In the said talk, the 63-year-old "My Big Fat Greek Wedding" star opened up about the two things she asked for from her husband, Tom, if ever she leaves this world before him.

According to Rita, she and the 63-year-old "A Beautiful Day in The Neighborhood" actor had a very serious talk after they found out about her breast cancer diagnosis in April 2015.

"I said to him, 'Look, if something happens and I should go before you then I just want you to know that there's a couple of things that I want. One is that I want you to be super sad for a really long time,'" the breast cancer survivor narrated as the audience and the 37-year-old bursted out laughing.

Rita went on and revealed that her second wish was for Tom and their two sons -- Chet, 29, and Truman, 24 -- to handle her death by throwing a party. Rita said that she wanted to have her life celebrated through the gathering.

Her statement then led to Rita's 2019 song "Throw Me A Party" from her fourth studio album "Halfway To Home".

Through the help of Liz Rose and Sugarland's Kristian Bush, Rita was able to think of the title and write the whole song. In the same talk show, she performed "Throw Me A Party" which they recorded before she contracted COVID-19.

At the end of the episode, the "Big City Small Town Girl" singer told Kelly how cancer turned into a blessing for her as it taught her to live her life to the fullest.

"We don't know what tomorrow brings. We have to be able to live, and go out today going, ''Wow, OK. I did it. I did everything that I wanted to do. I lived the life that I wanted to live today'," Wilson went on.

On March 29, the actress rejoiced online for being able to live five more years after she beat breast cancer and for becoming a novel coronavirus "survivor."

"I was on Broadway starring with Larry David in his play Fish In The Dark before finding out I had been diagnosed with breast cancer. March 29 also marks five years of being cancer-free after having had a bilateral mastectomy," she wrote.

After learning her breast cancer diagnosis in 2015, she immediately underwent a bilateral mastectomy and reconstruction as part of the treatment, and fortunately, she is now cancer-free.