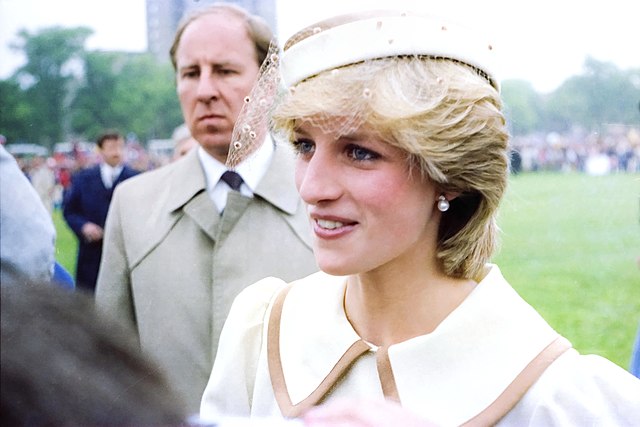 Even after they ended everything between them, Princess Diana was apparently still hopeful that she could still reconcile with Prince Charles. It was a possible thing to do at one point, until a tragic incident happened.

Last year, former royal protection officer Ken Wharfe revealed the truth to Daily Mail about how Princess Diana wanted to see the Prince of Wales in pursuit of patching things up with him.

For instance, she once invited Prince Charles together with their sons, Princes William and Harry, to spend time together on a skiing holiday way back in 1992.

However, Princess Diana lost her timing and opportunity to talk with the heir to the throne due to the sudden death of her beloved father, John Spencer.

"I never expected Diana to let Charles encroach on her territory when she was skiing with the boys in Lech in 1992," Wharfe recalled in his interview. "This had never happened before. Their relationship in Austria was cordial, not aggressive."

The former royal protection officer added that the supposed get-together could be the perfect venue to restore their relationship and finally move on.

The fact that the Princess of Wales also invited her estranged husband was totally unexpected, though she always had talks with her mother about a possible reconciliation.

However, even if she was able to reconcile, many have seen their marriage in 1992 as something unfixable -- no thanks to Prince Charles' long-existing affair with Camilla Parker Bowles since 1986.

Because of this, they still pushed through their separation in December 1992 before finalizing it in 1996.

Diana Still In Love With Charles?

Although the royal princess shared a brief relationship with Dodi Fayed months before her tragic death, an expert claimed that their relationship was not a serious one since she was still in love with Prince Charles.

Diana's friend and astrologer Debbie Frank said: "I think she loved Charles until her dying day. I'm not saying she longed for him. She didn't. I think she'd managed to get some distance. But there was still that wound."

Writer Petronella Wyatt agreed, unveiling that the princess never held a torch toward Dodi neither planned on marrying him.

According to Wyatt, Dodi already planned on proposing to the Princess of Wales after an alleged engagement ring was found in his flat after the two died due to a car incident in 1997.

"I always thought, and so did friends of both her and Charles, that she remained a little in love with him," she added. "I never thought she was in love with Dodi Fayed. He was a bad joke in London."

They Could Have Tried Again?

Simone Simmons, a healer who worked with Diana and eventually became one of her closest friends, said she thought Charles and Diana might get back together one day.

The documentary entitled "Diana: In Her Own Words" seconded this statement and revealed what happened during the interview of Princess Diana with her friend James Colthurst at London's Kensington Palace in 1991.

ThePprincess' brutally honest stories focused on how Prince Charles spoke impertinent comments that caused her to have an eating disorder and how much she suffered when Prince Charles restarted his romantic relationship with Camilla.

Despite all these, Princess Diana opened up in her 1995 Panorama interview that she still wanted their marriage to work since she loved her husband so much.