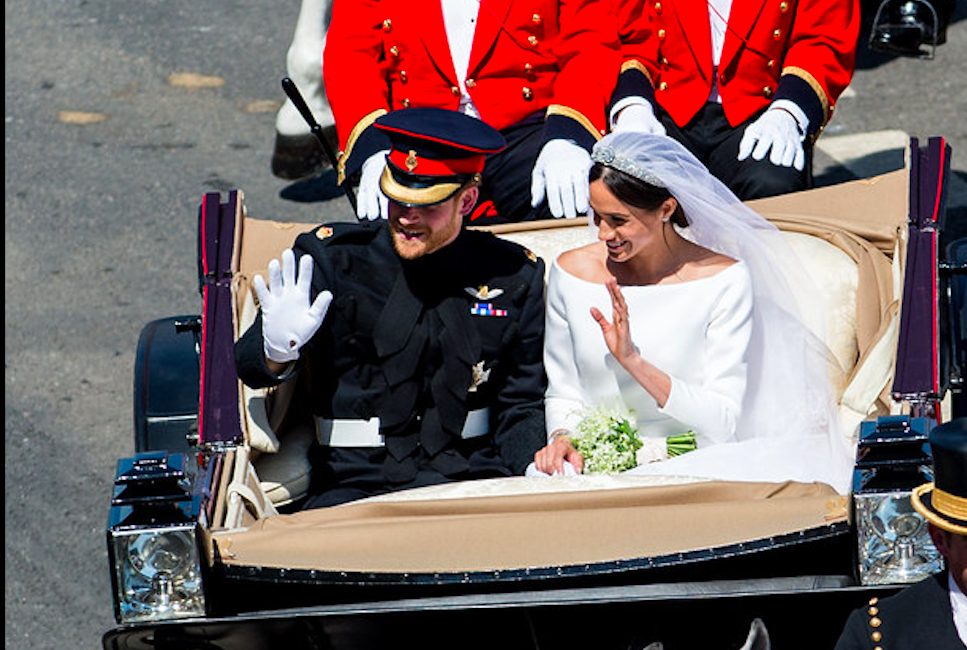 Forget about the royal wedding that was estimated to have reached $38 million - it has been reported that Meghan Markle and Prince Harry are set to get hitched once again, this time in Los Angeles.

It only seems apt for the Duke and Duchess of Sussex, after all, they have already started a new life as non-royals and is currently living in a celebrity zone.

This time, however, they wouldn't be shelling out millions. New Idea has reported that though they want to renew their vows, they plan to do it their own way.

"They both love the idea of an intimate ceremony with their closest friends and family," a source told the Australian publication.

Aside from that, Meghan's best friend, Jessica Mulroney, has also been assigned to plan the special event.

The couple reportedly wants an "intimate" and "barefoot" renewal of vows ceremony.

A source told Heat Magazine, "This will symbolize a brand-new start from both practically and spiritually."

"They want a ceremony overlooking the ocean - a little like Meghan's first wedding, but without all the fanfare and partying."

The source further continued, "Of course, it risks upsetting the royals, but this fresh start is important to both of them."

News of the Duke and Duchess of Sussex's plans to have left members of the royal family back in the UK furious, with some seeing it as another insult, especially to Prince William.

Another insider told Heat, "Both Harry and Meghan insist they don't want to taint their original wedding, but it's surely not lost on them that getting remarried in America might not go down well with the family back in the UK."

But Prince Harry doesn't seem to care, as the renewal of their vows is the Duke's way of showing his love and commitment to his Duchess wife.

It seems that the couple is excited to make their mark in the US by throwing a low-key, but of course, a star-studded wedding party in their new home country.

"If anything, it shows how determined they are to start anew in the States completely."

Aside from doing it in the US, there's also a practical side to it, as the source said, "Getting married on US soil will help Harry's visa status, giving him more of a right to be in the country long-term."

"It's something they've talked about for a while, ever since they decided to make America their permanent base."

The insider further claims that Jessica is encouraging the couple to sell their upcoming nuptials to the Canadian reality TV show, "I Do, Redo," which also the show she hosts.

The source revealed that it would be a reasonably small ceremony, with no more than a few dozen close friends and family to both Prince Harry and Meghan Markle.

When it comes to quality, Meghan Markle and Prince Harry are reportedly insisting that they only serve quality food and drink.

The reception is reportedly going to be at their place or one of their famous friends' mansion.