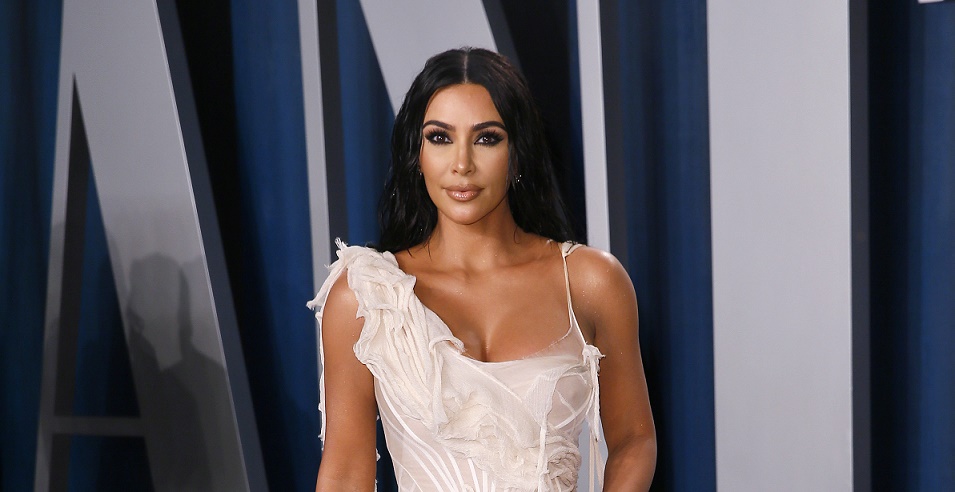 Rumors surfaced the reality star Kim Kardashian West is determined to be "best friends" with Meghan Markle. She is so determined that she reportedly resorted to gift-giving, aka bribery.

Back in 2017, the "Keeping Up With the Kardashians" star was reportedly trying to get a royal wedding invitation from the Duke and Duchess of Sussex, that she has reportedly sent Markle a pair of diamond earrings.

OK! Magazine reported that Kardashian is "pulling out all the stops to snag an invitation," with their source alleged, "Kim tried hard to befriend Kate and William, but that didn't work out. So now she's networking like crazy to find mutual friends who will introduce her to Meghan."

Their source further said that the SKIMS CEO picked the best diamond earrings for Markle that would match Markle's engagement ring.

Aside from the reported earrings, Kim Kardashian West also reportedly planned to offer Markle and Prince Harry a private Kanye West concert because she knows that the Duke of Sussex is a fan of the rapper.

Kardashian wasn't invited to the royal wedding of Prince Harry and Meghan Markle, but that didn't stop her from getting an invite to the former "Suits" star baby shower.

Heat Magazine claimed that "Money is no object, and wants to send a gift that will stand out from the hundreds of others that Meghan and Prince Harry are likely to receive when their baby is born next year."

Heat's tipster continued, "Kim is convinced she and Meghan will be best friends one day. It's very much a long-term project, and she's chipping away to impress her when the opportunities arise."

In early 2020, Australian magazine NW allege that the KKW Beauty mogul was going on double dates with Kanye, Meghan Markle, and Prince Harry.

A snitch told the publication, "Kim moved in similar circles as Megs in their earlier years in Hollywood."

The insider further said that Kardashian has been keen to get to know the Duchess of Sussex better because she's been "looking up to her game socially."

Despite TV personality Piers Morgan compared both Kim Kardashian West and Meghan Markle as the same, according to Gossip Cop, all the reports by OK! Magazine, Heat, and NW are all bogus.

They reached out to representatives of Kim Kardashian, and they have all denied the tabloids' claims about the reality star wanting to form a friendship with Meghan Markle.

Though there are no reports that Markle and Kardashian have talked or even interacted, the mother of four has previously said that she can "definitely empathized" with Prince Harry and Meghan Markle's need for privacy back in 2019.

Speaking to The Sunday Project, Kardashian said, "I think their journey is extremely personal with, you know, what his mother experienced and how her life was so affected by the spotlight and by paparazzi."

But Kardashian revealed that getting older and having kids, what she would want is to give them a safe place.

"I can definitely empathize with their need for having a secure, safe place and taking time for themselves and having privacy when they need it."