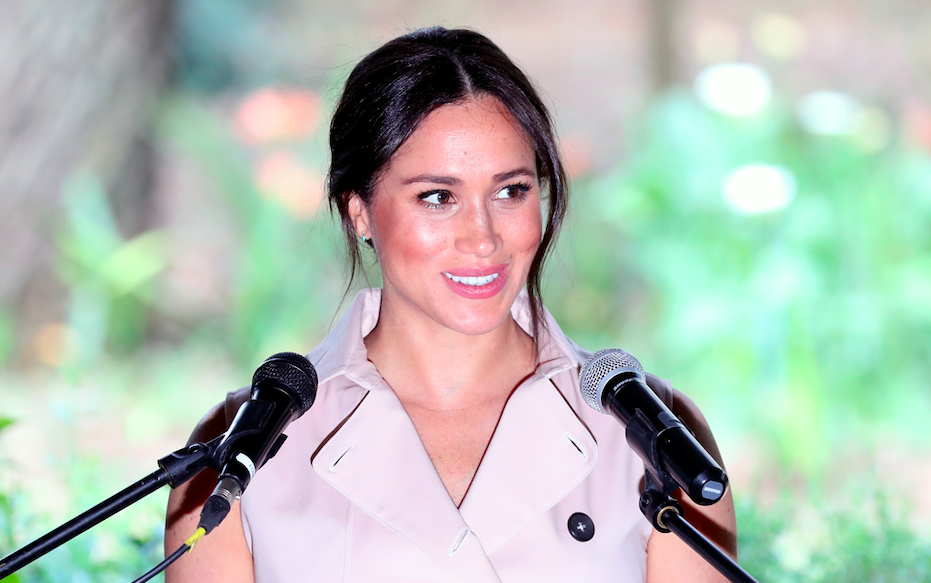 Did Meghan Markle steal $10 million worth of jewelry from Princess Diana?

As per the National Enquirer, the Duchess of Sussex is refusing to return all of the late Princess' jewelry that was lent to her.

An unnamed tipster told the publication that Meghan Markle and Kate Middleton are also feuding over Princess Diana's jewelry. The tipster said that the former "Suits" actress ran off with the late Princess' jewelry as a form of revenge for Kate and Queen Elizabeth II.

They furthermore said that Meghan refuses to return the jewelry that now belongs to the royal family, that the Duchess of Sussex even wants Kate to surrender the sapphire engagement she got from Prince William.

"She watched the Queen shower, Kate, with diamonds and rubies and vowed to get revenge on them both. Who knows how many other treasures she walked off with," the tipster said.

But while Meghan Markle owns some of Princess Diana's jewelry, she didn't steal them and brought them with her to the US, according to Gossip Cop.

When Prince Harry and Meghan Markle were engaged, she was presented with a custom engagement ring that included two diamonds from his mother's jewelry collection "to make sure that she's with us on this crazy journey together."

The Duke and Duchess of Sussex are still happily married up to this day, but a few tabloids have claimed that they are on the brink of divorce.

In May, US magazine Globe claimed that the former briefcase lady of "Deal or No Deal" has given her 35-year-old husband an ultimatum.

An unnamed source told the magazine that Meghan asked her husband, who would he choose - her or the royal family?

"I'm told Meghan went berserk after learning Harry was the negotiation to end their royal exile and screamed - 'You can go back - but Archie and I are staying in America!'"

However, since there's no concrete evidence that the Duke and Duchess of Sussex are divorcing, Globe's report should be taken with a grain of salt.

After losing the first round of legal against the Associated Newspapers in May, it is said that the Duchess of Sussex had reportedly dropped her claim that British tabloid, Mail on Sunday, "exploited" her father when publishing snippets from a letter she wrote to him.

According to The Sunday Times, Meghan's lawyers have submitted an amended reply to the defense presented by the paper. They removed a claim that the Associated Newspapers harassed and humiliated Thomas Markle, Jr and that the Mail on Sunday "deliberately manipulated and exploited a vulnerable and fragile individual."

On May 1, Mail on Sunday, Associated Papers won the first High Court hearing in Meghan Markle's privacy claim against them.

Justice Warby dismissed parts of Meghan Markle's case against the publications as "irrelevant."

It also dismissed claims of the newspaper having a malicious agenda against her.

Her legal team claimed the letter was edited and omitted select paragraphs, specific sentences, and even singular words to mask the "lies" they had "perpetuated for a year."