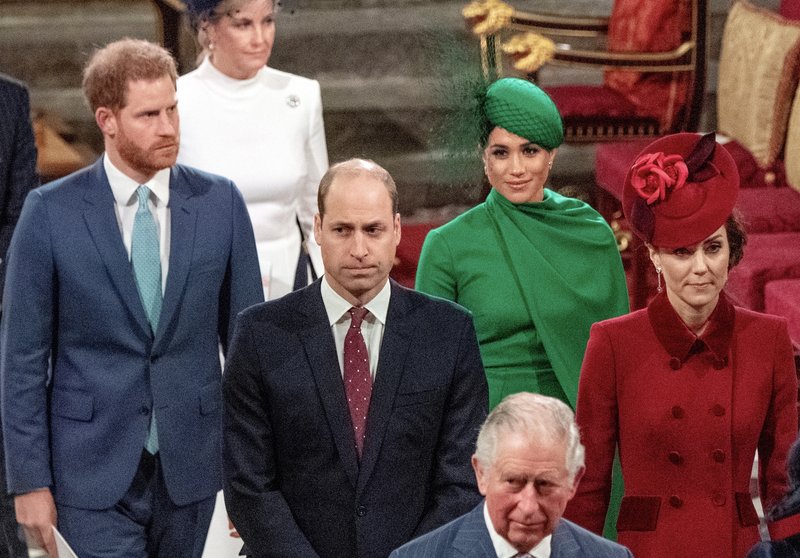 Prince William and Prince Harry can be considered as the most famous siblings in the world, as even the rift between them has made countless headlines.

Despite multiple reports claiming that Kate Middleton and Meghan Markle ignited the brothers' rift, royal author Robert Lacey revealed in her new book how the siblings' connection changed these past few years.

The new book titled "Battle of Brothers: William and Harry - the Friendship and the Feuds" will reportedly "address the unique and complex relationship at the heart of the royal family's recent woes."

Lacey, who is also the historical consultant of the royal family's Netflix series "The Crown," plans to put the two royal princes' relationship into a historical context -- including how the "heir" and the "spare" dynamic affected their lives.

What The Synopsis Revealed

According to People magazine, the book's synopsis includes how Princess Diana's boys lived under endless scrutiny as royals since birth. Lacey also highlighted how the past year and half has been particularly damaging for the brothers, especially for their relationship.

"Raised to be the closest of brothers, the last 18 months has seen a devastating breakdown of their once unbreakable bond," the outline of the book read.

"With an unrivalled knowledge of court life and access to impeccable sources, Robert Lacey investigates the untold reality of the brothers' relationship, explaining what happened when two sons were raised for vastly different futures and showing how the seeds of damage were sown as their parents' marriage unraveled."

Meanwhile, per The Express, the royal author said in a press release that he felt "astonished" by some of the revelations made while working on the publication of the book.

"It has been both enthralling and painful to trace this drama through the memories of close witnesses and some of the people most intimately involved," Lacey shared.

As for the real cause of the gap between the brothers in the past months, Lacey said that the two's contradicting views were rooted in Prince Charles and Princess Diana's disastrous marriage.

What Other Royal Experts Said About The Rift

Although Lacey is about to drop the bombshell book, there were rumors before that the royal feud started during the winter of 2018 after Meghan allegedly made Kate cry.

However, royal reporter Katie Nicholl clarified that it was Prince William and prince Harry who drifted apart after the Duke of Sussex accused his brother of not putting enough effort to welcome Meghan in the family.

"Harry felt William wasn't rolling out the red carpet for Meghan and told him so. They had a bit of a fall-out, which was only resolved when Charles stepped in and asked William to make an effort. That's when the Cambridges invited the Sussexes to spend Christmas with them," Nicholl disclosed back then.

There were also events where Meghan approached the Duke of Cambridge, but he just kept shrugging her off.