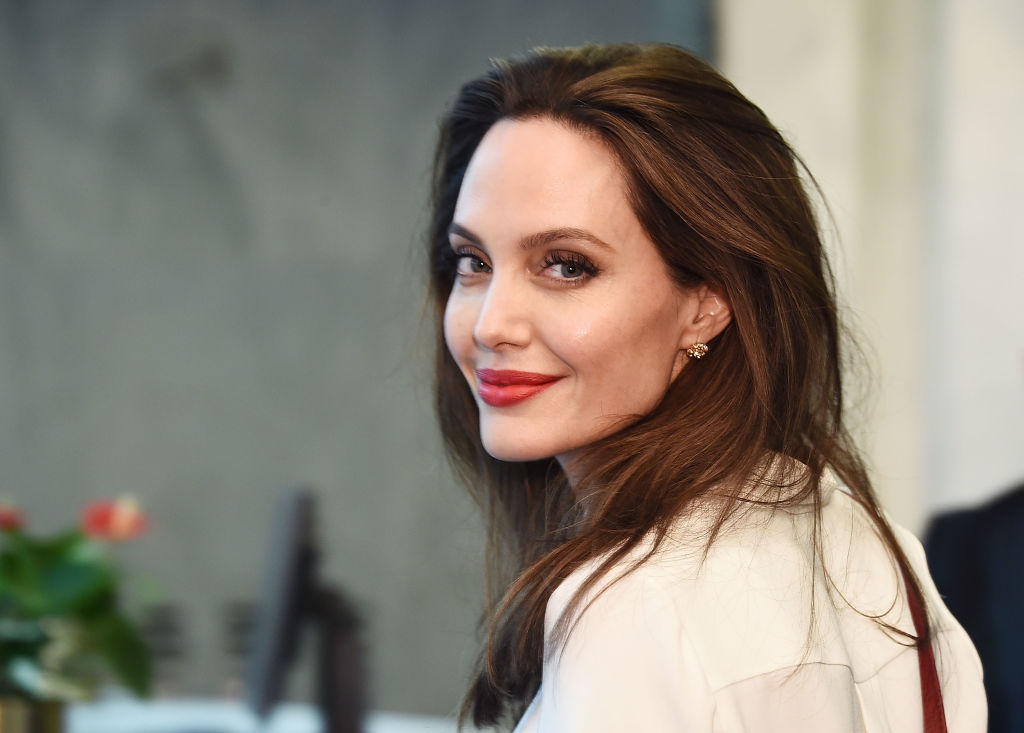 Although they haven't been seen in public together recently, Keanu Reeves and Angelina Jolie sparked romance rumors after a magazine claimed that the two are dating.

Multiple news outlets brought back the issue about Keanu and Angelina. For what it's worth, the issue started when Star Magazine made the speculation following Jolie's split with Brad Pit.

To recall, the tabloid magazine insisted that Keanu's romance with Angelina started when the actress moved to Los Feliz, Los Angeles after she filed for divorce from Brad. Apparently, one of Jolie's neighbors was Reeves' mom -- which led them to meet and like each other.

The magazine also alleged that the "Mr. & Mrs. Smith" actress set her eyes on Keanu after approaching him during her 44th birthday.

"Her birthday felt like a turning point and the right time to begin a relationship. She hasn't been this excited about a man since she first met Brad [Pitt]," an alleged source told the outlet.

The insider contended that Angelina first met the "John Wick" star in 2017 when she purchased a home in the same neighborhood where the actor's mother, Patricia, lives. Since then, the two started seeing each other as the actor kept on "giving her butterflies."

However, Keanu's representative clarified to GossipCop that the unreliable magazine's report was false.

"This is the statement I sent to them: Your story is completely false and has no basis in any truth. This event never occurred. Once again you are manufacturing and inventing lies to increase your sales for purely financial gain," the said rep proclaimed.

No Chance For Keanu, Angelina!

In 2019, Keanu confirmed that he is already in a relationship with Alexandra Grant, an award-winning visual artist who is also the actor's business partner. They collaborated and built the book "Ode to Happiness" in 2011, in which Grant served as the illustrator and Reeves as the poetry writer.

Aside from being an artist, Grant also uses her talent to help grassroots artists through her charity GrantLOVE.

The press spotted the two for the first time at the LACMA Art and Film Gala in Los Angeles. A source confirmed the meeting and exclusively told ET that the two spent their time with their friends Will Ferrell and Viveca Paulin.

"They were smiling and having a good time, and immediately after taking the photo, Will Ferrell spotted Keanu and rushed over to say hello, bringing with him a small group that included his wife, Viveca Paulin-Ferrell," the source said.

According to People, Keanu Reeves and Alexandra Grant only became a couple in 2019, but they wanted to keep it low-key.

Meanwhile, Angelina Jolie is currently spending her time with her kids amid the COVID-19 pandemic.

Recently, she sparked reconciliation rumors after Brad dropped by her home. It also marked the first time that the two met with each other without their lawyers' presence.

Though it stirred romance rumors again, some netizens debunked the idea and said that the two are just spending time together to co-parent their kids amid the health crisis.

READ MORE: Did Angelina Jolie, Brad Pitt SCREAM At Each Other After Divorce? The TRUTH