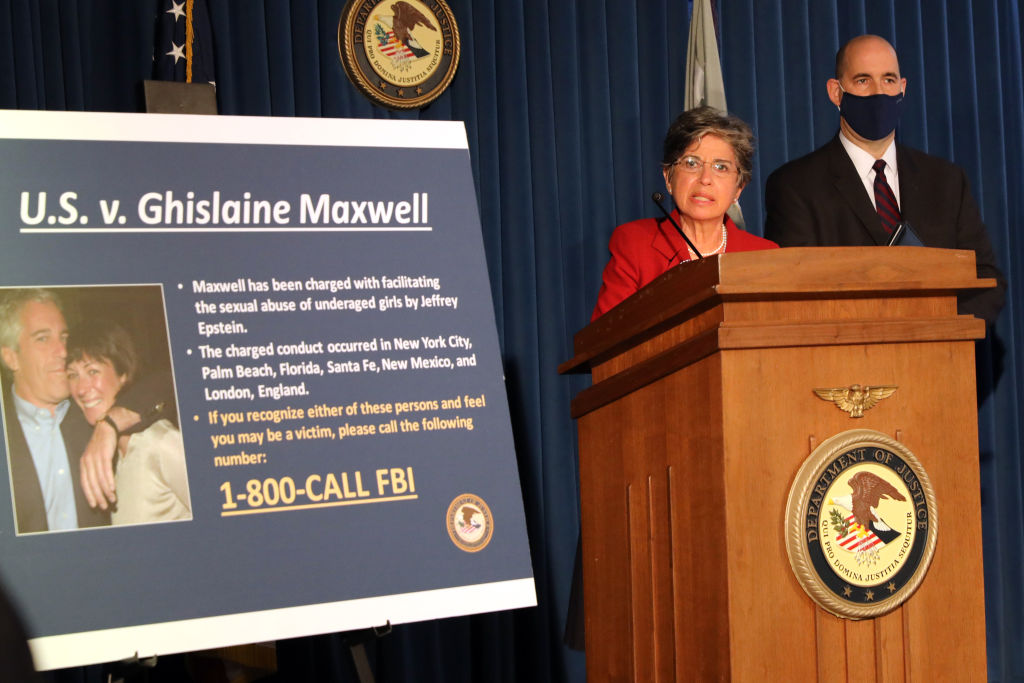 Jeffrey Epstein's former associate and ex-girlfriend, Ghislaine Maxwell, has been arrested on Thursday and is currently in jail.

According to new reports, the former "madame" of the disgraced financier is scheduled for a court appearance on Friday in New York.

In a letter from the prosecutors to a judge on Sunday, they said that they communicated with Maxwell's defense lawyer, Christian Everdell, who would like a Friday bail hearing after both sides submit written arguments.

Ghislaine Maxwell is also said to be arraigned at the hearing.

The 58-year-old is charged with four criminal counts related to procuring and transporting minors for illegal sex acts and two counts of perjury, as per the indictment by federal prosecutors in New York.

Lawyer Spencer Kurvin, who represents three of the disgraced billionaire's sex trafficking accusers, said that there are fears among Epstein victims that people will want to silence Maxwell in prison.

Speaking to The Daily Mail, he revealed that he thinks Ghislaine Maxwell will not get out of jail alive.

"I said the same thing about Jeffrey Epstein, and people laughed at me."

Jeffrey Epstein was awaiting trial on federal charges of trafficking minors from 2002 and 2005. He was in his jail cell when he was found hanged in an apparent suicide.

The 66-year-old pleaded guilty in Florida to state charges of solicitation of prostitution from a minor in a deal made in 2008, with prosecutors that were widely criticized as too merciful.

"I think Maxwell knows way too much information - I just have this gut feeling," Kurvin said.

TV host Christopher Mason who also knew Maxwell, said, "I'm absolutely worried for her safety. The authorities are open to the possibility of some cooperation."

In a report by Page Six, Ghislaine Maxwell is said to be ready to air out dirty laundry and start naming some big names in an attempt to help her case following her multiple charges.

Steven Hoffenberg, a former business associate of Jeffrey Epstein, revealed that Maxwell would be dropping some names soon. Not only those who abused underage girls but also those who made financial agreements with Epstein or have benefited from his generosity -- including included flying on his planes or staying at his homes.

These men have said to have denied any knowledge or involvement in Epstein's underage sex ring.

The Guardian reported that 20 armed officers and agents broke down the door of Ghislaine Maxwell's $1 million New Hampshire estate in Bradford.  Her 156-acre hidden property is named "Tucked Away."

If convicted, Ghislaine Maxwell will face 35 years in prison.

It was reported that after being arrested, the "pimp" of Epstein sobbed and said, "How could this happen?" as per one of their victims.

Virginia Robers Giuffre, a survivor of the sex trafficking ring, said that during one of Maxwell's court hearing, she heard a "very loud British woman screaming."

For Giuffre, the news of Maxwell's arrest was a feeling of pure happiness.

Speaking to 60 Minutes, she said, "This day to me has been like one of the best days of my life. I have not stopped smiling and crying, happy tears, and I'm elated to know she is where she belongs."