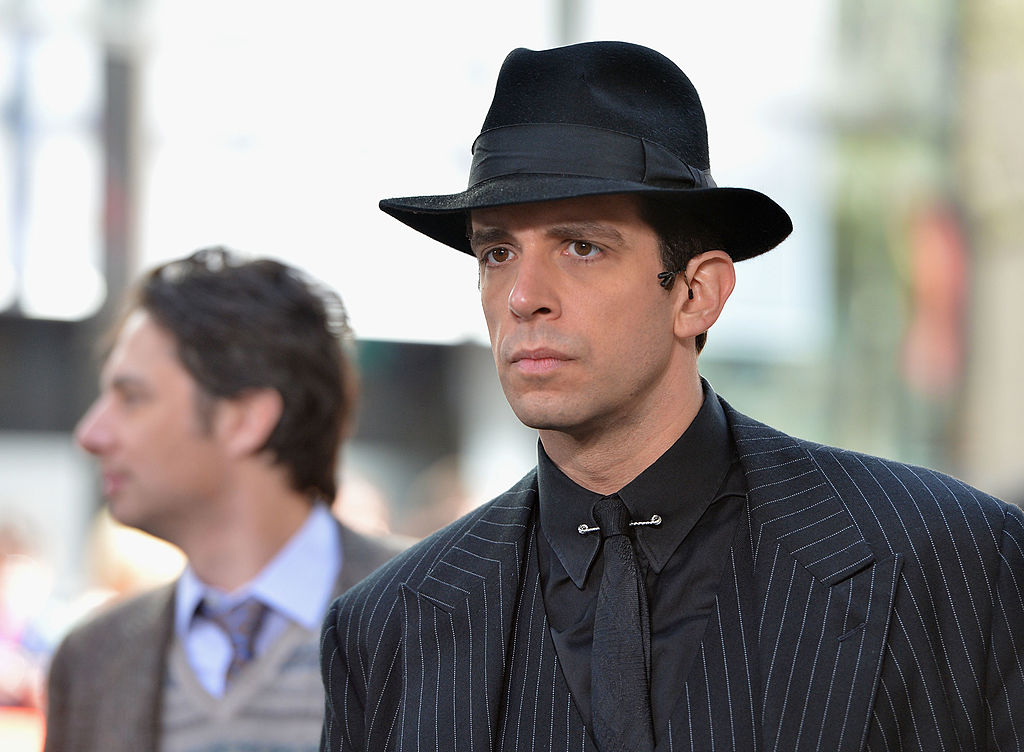 After 13 weeks at the Cedars-Sinai Medical Center in Los Angeles, Broadway actor Nick Cordero has passed away due to COVID-19 and related complications.

Posting his message of condolence, Braff revealed that Cordero left the world with a special task given to him before his demise.

According to Braff, "He said, the last thing he ever texted was to look out for his wife and one-year-old son, Elvis."

"I promise the world they will never want for anything. I feel so incredibly grateful I got to have Nick Cordero enter my life. Rest in Peace. Rest in Power."

The actor also praised Nick Cordero, saying he is one of the kindest people he knew.

Zach Braff and Nick Cordero starred in the 2014 hit "Bullets Over Broadway," which earned Cordero a Tony nomination for Best Featured Actor in a Musical.

It was the same role that has led him to meet his now-wife, Amanda Kloots. Three years later, they got married and welcomed their son Elvin in June 2019.

View this post on Instagram
God has another angel in heaven now. My darling husband passed away this morning. He was surrounded in love by his family, singing and praying as he gently left this earth. ⠀ I am in disbelief and hurting everywhere. My heart is broken as I cannot imagine our lives without him. Nick was such a bright light. He was everyone’s friend, loved to listen, help and especially talk. He was an incredible actor and musician. He loved his family and loved being a father and husband. Elvis and I will miss him in everything we do, everyday. ⠀ To Nicks extraordinary doctor, Dr. David Ng, you were my positive doctor! There are not many doctors like you. Kind, smart, compassionate, assertive and always eager to listen to my crazy ideas or call yet another doctor for me for a second opinion. You’re a diamond in the rough. ⠀ ⠀ I cannot begin to thank everyone enough for the outpour of love , support and help we’ve received these last 95 days. You have no idea how much you lifted my spirits at 3pm everyday as the world sang Nicks song, Live Your Life. We sang it to him today, holding his hands. As I sang the last line to him, “they’ll give you hell but don’t you light them kill your light not without a fight. Live your life,” I smiled because he definitely put up a fight. I will love you forever and always my sweet man. ️ A post shared by  AK! ️ (@amandakloots) on Jul 5, 2020 at 6:05pm PDT

In a heartbreaking announcement on Instagram by his wife, Amanda Kloots, she started the message with, "God has another angel in now. My darling husband passed away this morning. He was surrounded in love by his family, singing and praying as he gently left this earth."

Confirming his death, Kloots remembered Cordero as "a bright light" who was "was everyone's friend."

The Tony Award-nominated actor had been hospitalized for more than three months after being diagnosed with the coronavirus.

"I am in disbelief and hurting everywhere. My heart is broken as I cannot imagine our lives without him," Kloots shared.

She also thanked the "extraordinary" doctor and thanked everyone for the "outpour of love, support and helped" that she and their one-year-old son Elvis received.

Cordero was being treated after receiving a diagnosis of pneumonia, and later tested positive for the COVIF-19 and was intubated.

Throughout his hospitalization, the Canada-born star was put into a medically induced coma. He had a series of sepsis infections and mini-strokes.

Cordero even had his right leg amputated.

Amanda Kloots has been updating the fans via her Instagram about her husband's progress in the past couple of months.

While in the hospital, she had also been sending Cordero videos of her and Elvis and encouraged fans to take part in their daily sing-along.

A fundraising page initiated by some of Nick Cordero's Broadway friends has also raised more than $600,000 for his medical expenses.

Stars paid tribute to the "wonderful husband and father" Nick Cordero was.

"How to Get Away With Murder" star Viola Davis expressed her condolences to the "Hamilton" actor's family, saying, "My condolences to you and Amanda who fought and loved so hard. My heart is with you."

"Little Women" actress Florence Pugh posted a tribute on Instagram saying, "It is so shocking and devastating to see one of your own come down as hard as he did."