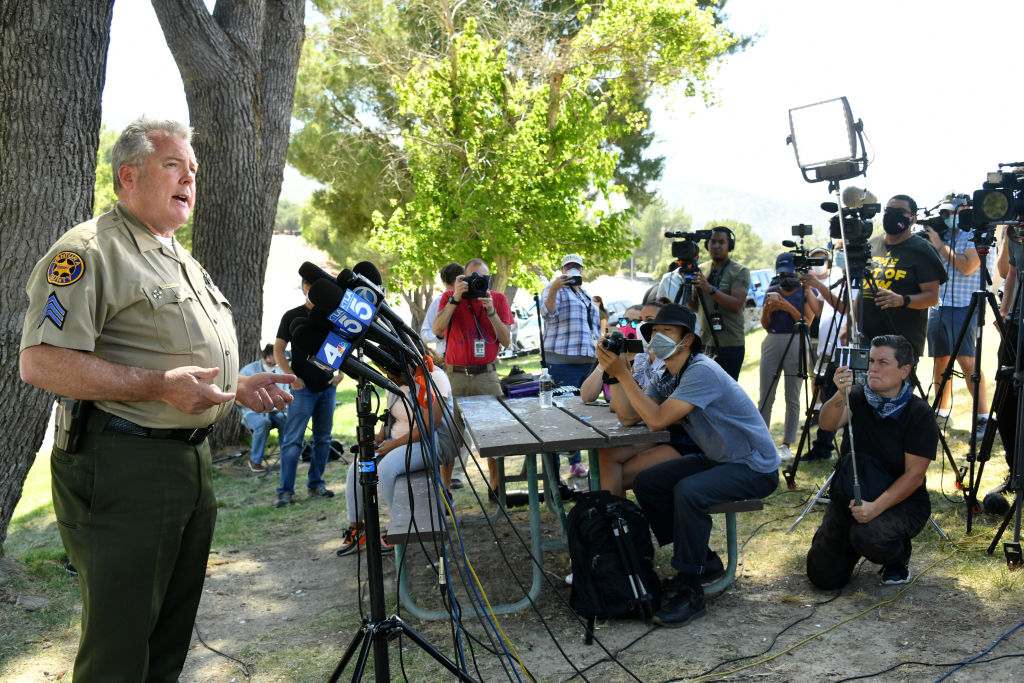 Naya Rivera is presumed dead even though she is not yet found. To add to the grief and worry that her friends and family are feeling, authorities believe that her body would never resurface if the actress drowned.

It has already been two days since the "Glee" actress went swimming in Lake Pihu with her son and then vanished. The natural assumption is that she must have drowned while her son Josey was able to go back to the boat and even dozed off in the floating boat. Given that an extensive search has already been done for two days, it is also assumed that she could be dead.

The question is, where is the body of Naya Rivera? Will it be recovered if she drowned? Can her family and friends ever feel a sense of closure over this tragedy?

Unfortunately, authorities are not optimistic about this. According to Sgt. Kevin Donoghue of the Ventura County Sheriff's Office, speaking at a press conference held on July 9, whether the body of Naya Rivera will ever be found depends. If the actress drowned, her body will resurface, but certainly not if the body is entangled in something beneath the water.

Given the fact that the hours are ticking and no body has been sighted, the possibility of entanglement can be high.

Is there a chance that Naya Rivera did not drown? As present, the possibility might be low. The son, who saw his mom swimming has provided great amount of information that investigators can use to conclude that Naya Rivera never made it out of the water.

Lake Pihu is by no means a danger zone. Swimming is also permitted in the lake. Otherwise, Naya would not bring her own toddler son there.

Safe or not, some unpredictable things can happen.  According to Donoghue, "There's really no strong undercurrents like you would have in the ocean, but sometimes the water can be very cold and hypothermic elements being in cold water could affect some people, but I don't know that that's the case here."

It is apparent that the authorities are keen on the drowning assumption, since it makes the most sense.

The sergeant noted that the lake has visibility issues, making the search difficult. A lot of trees and plants can be found on the  area, so seasoned divers would not even call it safe. However, the authorities are doing their best to locate the missing actress. There are a total of 100 personnel searching for Rivera, a large percentage of whom are divers. Then, there are also helicopter crews, pilots, and many more other people. The team is on a regular contact with the family to give updates.

Naya's son is being cared for by his dad, and Naya's ex, Ryan Dorsey. The actor was spotted at Rivera's sister Nickayla Rivera's LA home. He is yet to comment about what he thinks and feels about the ongoing tragedy.

Naya's mother is said to be very frightened and worried and holding on to her faith so she can continuously have hope that her daughter will be coming back. Fellow celebrities are praying for her safe return as well.

PIRU, CALIFORNIA - JULY 09: Sergeant Kevin Donoghue of the Ventura County Sheriff’s Department speaks during a press conference at Lake Piru, where actress Naya Rivera was reported missing Wednesday, on July 9, 2020 in Piru, California. Rivera, known for her role in "Glee," was reported missing July 8 after her four-year-old son, Josey, was found alone in a boat rented by Rivera. The Ventura County Sheriff’s Department is coordinating a search and recovery operation. (Amy Sussman/Getty Images)