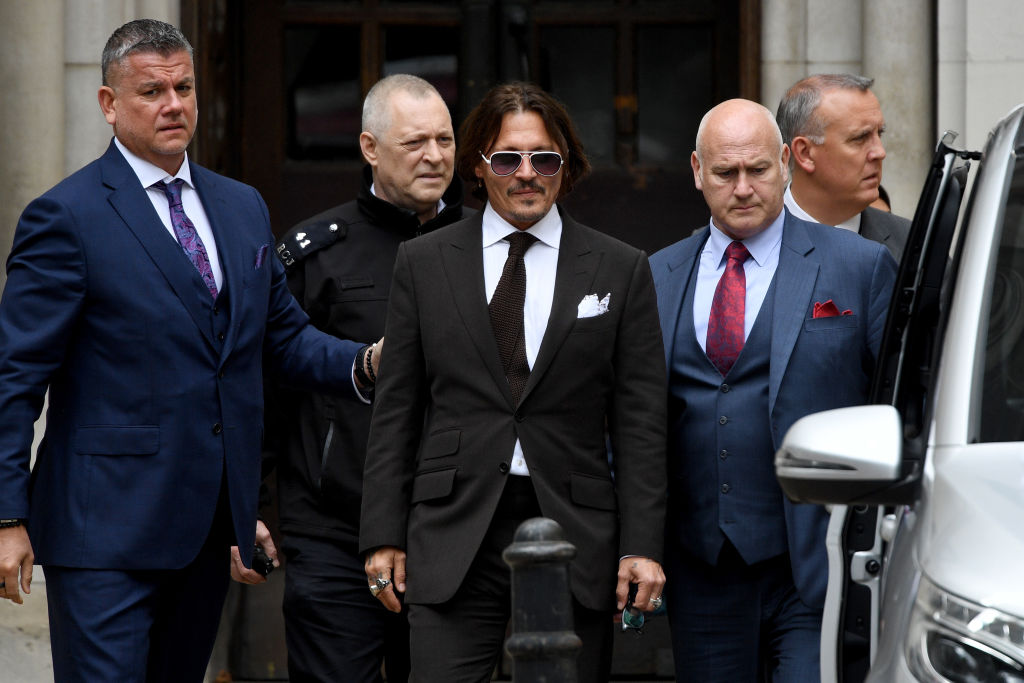 Amber Heard might be in trouble. Johnny Depp just gained the help of his exes Winona Ryder and Vanessa Paradis. Given that they were romantically linked with the actor for a while, they are some of the people who truly understand the actor and know what kind of a man he is.

According to Page Six, Winona Ryder and Vanessa Paradis  can share how far or how close Johnny Depp is to the man that Amber Heard is describing.

Sometimes, in a case as colorful and controversial as involving domestic abuse and character assassination, the best defense is people who can give testimonies of someone's behaviors and characters. When these people come forward, and showed that this person could not be abuse, could not hurt a fly even, then there are chances that this person's defense can be strengthened.

It is hoped that Johnny Depp's defenses can be strengthened with the help of his exes Winona Ryder and Vanessa Paradis. Imagine, these girls have every reason to help out another girl (Amber Heard) or bad-mouth a man they had a failed relationship with, but no.

According to Sky News, Vanessa Paradis, a "Stranger Things" actress and the mother of Depp's two children, is anticipated to appear via a video link. WInona Ryder, Oscar-nominated actress and also Depp's notable ex, is going to do so as well. Both are expected to testify on his behalf in aid of his libel case trial.

Depp is accusing the Sun newspaper of libel, given that the latter labeled him a wife-beater, something Amber Heard alleged but Johnny Depp firmly denied.

It is anticipated that the two will defend Depp and his character. The two have already in the past, given statements that they were never hurt by Depp.

Heard, the girl who Depp was "violated" toward, will also take the stand at the time, but in person.

This week has been particularly dramatic for the whole case. Johnny Depp was doing the suing but because he was the one on the stand, he was presented with all sorts of accusations by Amber Heard, and even evidence as to why these accusations are real. He was accused of abusing drugs and alcohol so much that he could have suffered from blackouts. In essence, he could have hurt his wife repeatedly during these blackouts and yet not remember.

Anther accusation thrown at him is that he has a Dr. Jekyll and Mr. Hyde personality. Amber Heard accused him of this in a latter she did not send but read by the court.

Depp did not cower under these accusations though and even come up with his own details of how bad the marriage was -although he did not hurt Amber physically.

He said that Amber had a certain routine and some unspoken rules that he had to follow to preserve the peace between them.

The court also heard details of what happened on Ms. Heard's 30th birthday. Naturally, the two sides have their own respective versions of the events. Heard claimed that her ex was violent against her on this special day, while other camp said this is not true. In fact, Depp was distressed that day because he had suffered some financial losses. He opted to retire early to avoid any fights with Amber, who was angry because he was late for her birthday.

The court hearing is still ongoing so fans would have to wait for the verdict.