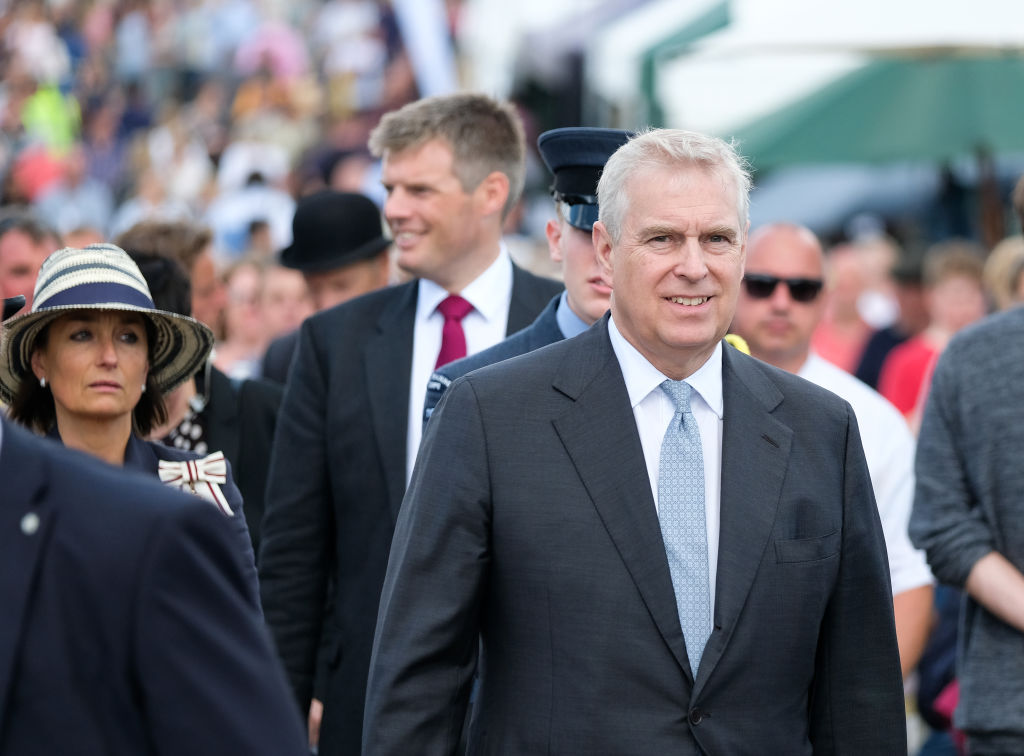 After being arrested in New Hampshire, Ghislaine Maxwell -- former associate and confidante of convicted pedophile Jeffrey Epstein -- appeared in court for the first time on Tuesday (July 14).

According to a BBC report, the 58-year-old British socialite attended the hearing via video link. Aside from pleading not guilty after a New York judge, Maxwell's lawyers requested to give her a chance to post a $5 million bail, citing that she might be at risk of contracting COVID-19 in the Metropolitan Detention Center in Brooklyn, New York.

Federal prosecutors argued that Maxwell should remain in custody, as she is an "extreme flight risk." In the legal documents filed against the socialite, the FBI said that when they visited Maxwell's property on July 2, she denied their order to open the door and instead attempted to run away from another room in the house.

With that said, the judge denied her bail and ordered Maxwell to remain in custody for a year while awaiting trial on the sex trafficking of minors by Jeffrey Epstein. Maxwell is scheduled to go on trial bu July 2021.

As Ghislaine Maxwell remains behind bars, could this be a perfect time for Prince Andrew to come out of light and finally reveal his knowledge and association with Epstein's decade long sexual abuse?

In a poll conducted by "Redfield and Wilton Strategies," it was revealed that the majority of the U.S. public wants to see Queen Elizabeth II's favorite son be forced to talk to the investigators.

As reported by Times, the survey asked more than half of Americans if they think that Prince Andrew should be extradited to answer questions concerning his association with Epstein.

The team specifically asked the respondents if they believe "Prince Andrew should be extradited to the United States to testify in court about his relationship with Jeffrey Epstein."

A total of 53% of the respondents' sample of U.S. registered voters agreed to surrender the Duke of York, 22% did not agree, 17% were clueless, and 8% simply refused to answer the question.

In an interview with BBC's Newsnight in November 2019, the 60-year-old royal confirmed being friends with the billionaire financier. However, he vehemently denied that he was sexually involved with one of Epstein's victims.

Virginia Roberts -- one of Epstein's former sex slaves -- accused Prince Andrew of forcing her to have sex three times between the years 1999 to 2001. Nonetheless, as mentioned, this is something that the Duke strongly denied.

Earlier this 2020, the FBI said that they are having a hard time getting the cooperation of Prince Andrew in the investigation, although he publicly vowed to give his full cooperation to the authorities.

Meanwhile, several experts are putting the pressure on Andrew's mother, the head of the British monarchy Queen Elizabeth II, to interfere by kicking out his favorite son from the royal family so he could face extradition.

With Maxwell's not guilty plea and the American's demand to extradite the royal, will Queen Elizabeth II finally do the right thing and submit Andrew to authorities?

Is the 94-year-old monarch ready to put on the crown and free Andrew from his royal bubble? Or will she be wearing her mother hat and continue protecting her favorite son from further scrutiny?

With the increasing pressure both by U.S. authorities and the people, it seems like Prince Andrew couldn't escape and it could go messy for him.