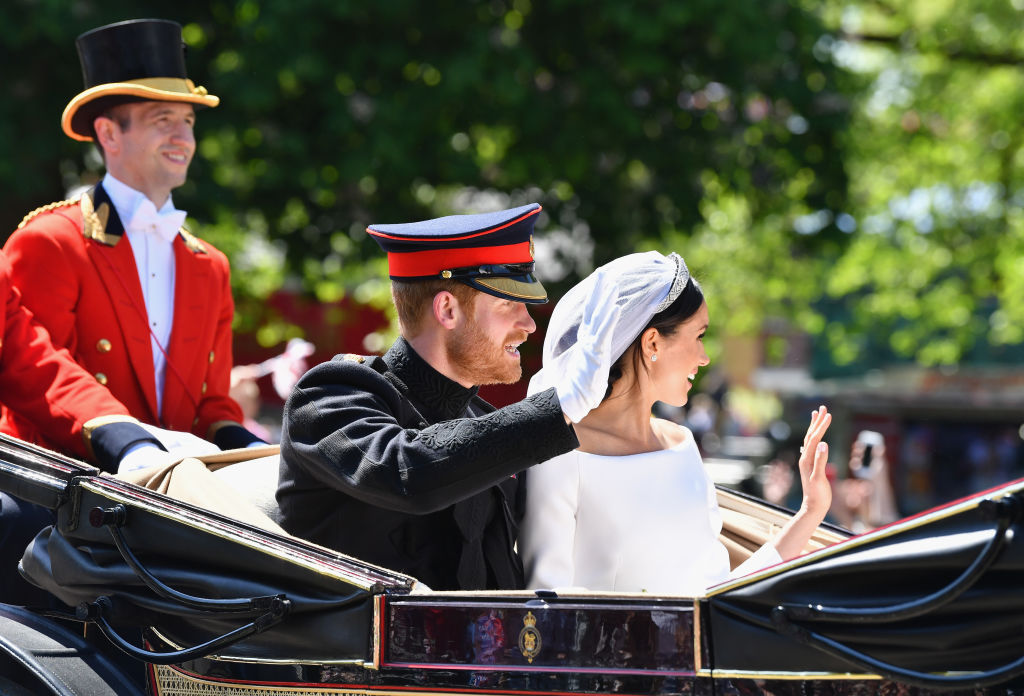 It's been two years since Meghan Markle and Prince Harry have tied the knot, and nine years of Kate Middleton and Prince William being married.

Since weddings, even for the middle-class citizens, cost some hefty penny, many people wonder how much the entire royal wedding shindig would set back the monarchy and the British taxpayers.

Royal weddings are known to be extravagant, and any commoner can say that each one of the weddings is always pricey.

The ceremony will always feature only the most elite wedding gowns, the flowers, the food, and is expected to be one of the most expensive celebrity weddings of all time.

The lavish affair features TV crews broadcasting the event around the world.

Outside the British church, crowds are enormous, that the security costs alone will add up to millions.

According to reports, the royal family pays for the wedding itself, and frequently, the bride will cover only the cost of the dress.

However, the security costs are paid by the British government.

In a survey conducted by YouGov, 57% of adult respondents in the UK believe that the royal family should be paying for the security on the big day, in addition to the wedding.

1% of the respondents think that the government should pay for the entire royal wedding event.

Want to know whose wedding is the most expensive in British monarchy history? Read on to find out.

Given the choice, we would attend Charles the Bold, Duke of Burgundy, marriage to Margaret of York in 1468. Known as 'the wedding of the century,' the festivities lasted over a week and featured a wine fountain (offering both red and white), castle-shaped cakes and jousting pic.twitter.com/LFtllpF3Ir — All About History (@AboutHistoryMag) March 2, 2018

Margaret of York and Charles the Bold, Duke of Burgundy's Wedding

The nuptials of Margaret of York and Charles the Bold, Duke of Burgundy in 1468 reportedly cost around $198,000, adjusted for inflation, as per The Scotsman, a fortune at the time.

The lavish celebration lasted for a week, including daily parades, a four-day jousting competition for Europe's famous knights.

Margaret reportedly wore a crown that was covered in pearls and diamonds.

The wedding's expected $2.5 million went to security costs, but the party was an estimated $130,000.

According to ABC News, the Duke and Duchess of Cambridge's wedding in April 2011 cost around $34 million.

However, $33 million was to cover security costs. The couple splurged on their wedding cake, which reportedly amounted to $80,000, including the chocolate cookie groom's cake.

Kate Middleton's wedding dress was an Alexander McQueen, and it has been reported that it is one of the most expensive aspects of their special day. It cost around $430,000.

The couple tied the knot in Westminster Abbey for free and the reception venue, Buckingham Palace.

Prince Harry and Meghan, will be celebrating their 2nd wedding anniversary today , I am not sure who was more nervous me taking the pictures on a rota or him getting married l #OTD #royalwedding #HarryandMeghan #Royals @SonyUK pic.twitter.com/Z7T7nid8LU — Owen Humphreys (@owenhumphreys1) May 19, 2020

According to an estimate by Bride Book, security on Meghan and Prince Harry's special day cost $43 million alone. It included undercover police, military, and security drones.

Because of the inflation, Princess Diana and Prince Charles' wedding in 1981, also known as the "wedding of the century," would have caused about $110 million in today's money.

Like most royal weddings, the Prince and Princess of Wales spent most of the cost on security, but they also allotted some for Princess Diana's wedding dress.

Who could forget her wedding dress that included a 25-foot train and was covered in 10,000 pearls?

Everything you ever wanted to know about Queen Elizabeth’s wedding to Prince Philip. https://t.co/fL7sxx19q1 pic.twitter.com/7rsr1DRHWs — Vogue Runway (@VogueRunway) January 13, 2018

The cost is unknown for Queen Elizabeth and Prince Philip's wedding in 1947.

According to reports, two years after World War II and with Britain still rationing, it was said that Queen Elizabeth used rationing coupons to pay for her wedding dress.

To acquire the material she needs for the wedding dress, she conserved her coupons, and the British government also gave her 200 coupons.