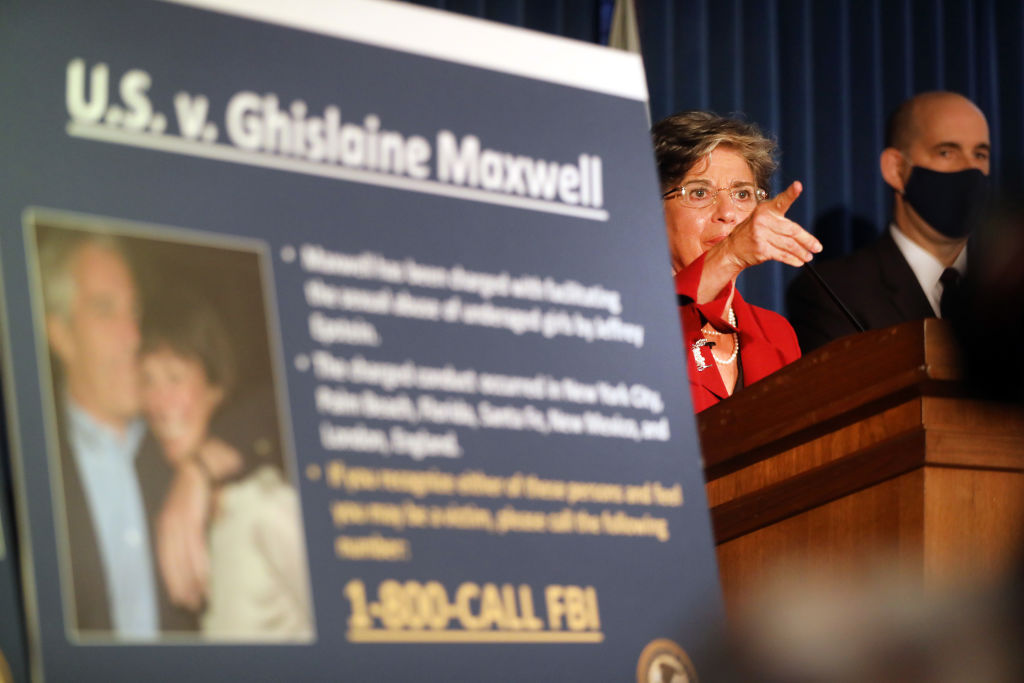 Ghislaine Maxwell has some very dark secrets. Apart from the extent of her involvement on Jeffrey Epstein's crimes, she also keeps a secret on her civil status. But while investigators have to do so much more to find out about the former, they already discovered what she has been hiding with regard to her civil status.

Turns out Maxwell is married after all. If she can lie about her status, then she can essentially lie about everything, investigators deemed.

Jeffrey Epstein's so-called "madam" Ghislaine Maxwell is discovered to be secretly married. However, beyond this information, US prosecutors cannot get anything else. The ex-girlfriend of Epstein refuses to say anything about this, even though this shock disclosure came only yesterday, when Maxwell pleaded not guilty via a video link.

She was being accused on several charges linked to Epstein's massive sex trafficking ring. So huge that several billionaires and well-known figures are reportedly involved, including Prince Andrew or the Duke of York.

Maxwell's married status was disclosed by US Attorney Alison Moe, one of the three prosecutors on the case. Moe raised that there is an apparent lack of transparency in Maxwell's findings, prompting her to ask who would co-sign her bond, if the time comes that she would have the opportunity to pay bail, leading to the discovery.

Moe said in the video, "In addition to failing to describe in any way the absence of proposed cosigners of a bond, the defendant also makes no mention whatsoever about the financial circumstances or assets of her spouse whose identity she declined to provide to Pretrial Services." She added, "There's no information about who will be co-signing this bond or their assets, and no details whatsoever."

She however did not disclose who the husband is. She also did not divulge details on whether how long Maxwell has already been married - is this before or after her involvement with Jeffrey Epstein?

The marriage has nothing to do with her case, but it was telling of Maxwell's credibility. A source revealed to ABC that Moe's disclosure of the marriage was designed to show the court that Maxwell cannot be trusted, at least not when it comes to detailing her circumstances and finances.

Despite this however, she can be a star witness to the extent of Jeffrey. Epstein's crimes. If she's so close to the deceased offender, she should know about all the things he was doing. Moreover, there were concrete accusations of her helping Epstein lure young ladies to be sex trafficked.

There are assumptions that if she would eventually speak up in order to get a plea deal, she's certainly drop all the others involved in Epstein's crimes, including the involvement of Queen Elizabeth's favorite son. Some reports claimed that Prince Andrew will face jail time soon if she speaks.

On Maxwell's trial, Prince Andrew can be called to be a witness.

NEW YORK, NEW YORK - JULY 02: Acting United States Attorney for the Southern District of New York, Audrey Strauss, speaks to the media at a press conference to announce the arrest of Ghislaine Maxwell, the longtime girlfriend and accused accomplice of deceased accused sex-trafficker Jeffrey Epstein on July 02, 2020 in New York City. Maxwell, the British socialite and daughter of Robert Maxwell, was arrested in New Hampshire on Thursday morning and will be charged by New York federal prosecutors with six counts in connection with the ongoing federal investigation into Epstein's accomplices. ((Photo by Spencer Platt/Getty Images))