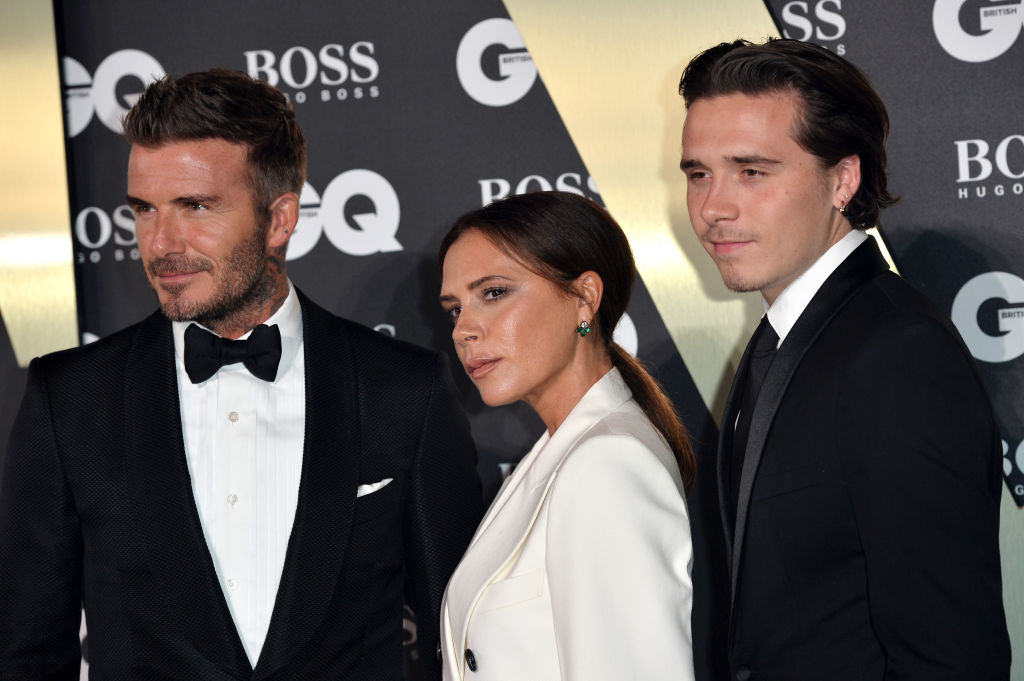 The couple announced their engagement two weeks ago on their Instagram accounts.

According to reports, the Beckhams are reportedly planning to add more to their almost $440 million net worth by profiting off their 21-year-old son's wedding.

David and Victoria Beckham are hoping to expand their business reach by throwing the young couple a lavish wedding where they can also advertise their products.

As reported by The Sun, the 45-year-old and the 46-year-old proud parents are hoping to plug the soccer player's whiskey brand Haig on Brooklyn's wedding, while Victoria is getting ready to launch her newest venture, a beauty brand, in the US.

According to an insider who told the publication, "These are exciting times for David and Victoria. They were always looking to spend more time in the State's because of David's club commitments." They continued, "But now, with the wedding and Brooklyn moving to the US, they are redoubling their efforts."

Victoria Beckham's latest products, which were reportedly registered in the US already, include an anti-aging serum and other beauty products that will be part of her VB brand.

According to the tipster, it's not just the Beckham's who will shoulder everything, as Nicola Peltz's family also cost a fortune, as she is the daughter of a billionaire businessman named Nelson Peltz.

"Nicola's dad is supremely well connected and has offered to help in any way he can."

Though David and Victoria Beckham don't like they are strapped for cash, they have shown signs that their star power has started to fade after insistent fame-hungry years in the limelight.

According to reports last year, the couple have made a joint loss of income for the first time.

Victoria's fashion brand VB has already been blasted as a "failing vanity project," after years of little to no sales and recent reports of staff lay-offs.

Posh and Beck are set to have a Big "Flashy" Jewish wedding for Brooklyn Beckham and Nicola Peltz because the "Transformers" actress is the daughter of a Jewish billionaire.

The Beckhams also have strong links to the Jewish religion, going back to the eldest Beckham's great grandfather Joseph, who is also considered one of the soccer star's greatest inspirations.

Brooklyn has reportedly told his friends they will follow Jewish wedding traditions such as tying the knot under a chuppah, a wedding canopy; signing a ketubah, a marriage contract, and; even smashing a wine glass.

A source told The Daily Mail that the "Bates Motel" actress was raised in a Jewish household, and while her mom is not Jewish, Nelson Peltz is a religious man.

The tipster further shared that both Brooklyn Beckham and Nicola Peltz had bonded over their family's Jewish heritage when they started dating.

The Beckhams and Peltz's will not just plan one wedding, but two, according to the source. With one in the UK and the other one in the US.