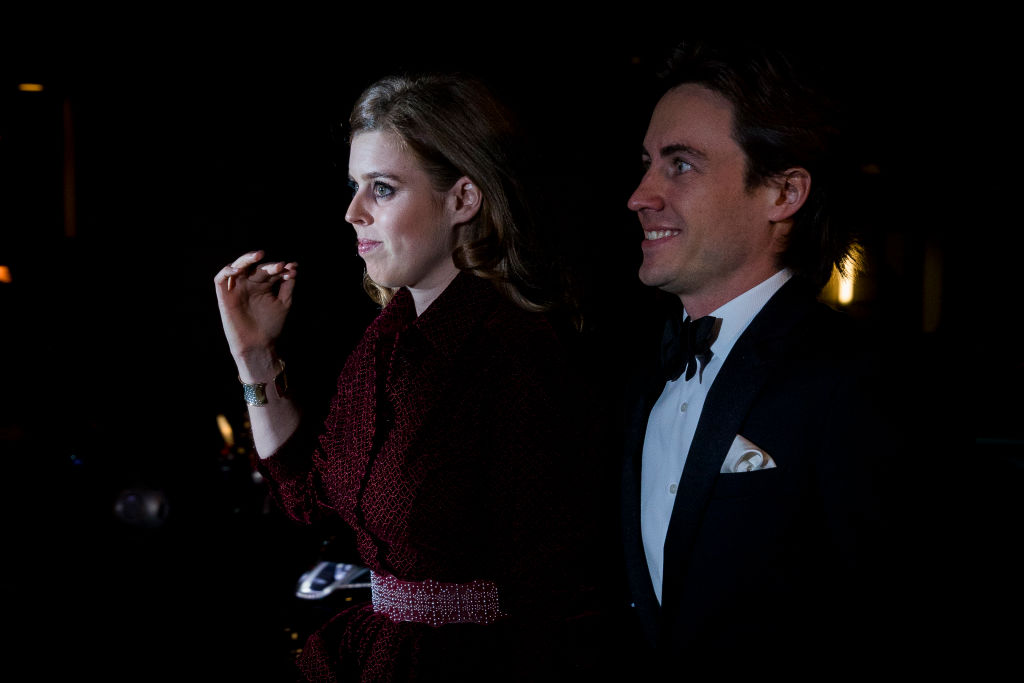 Last week, both royal and non-royal fans were swooned by the secret and low-key wedding of Princess Beatrice to Edoardo Mapelli Mozzi at the Royal Lodge in Windsor.

While the newlyweds are still on the honeymoon period of their marriage and Princess Beatrice thinks she would have Edoardo by herself, it looks like some "sharing issues are already hunting their marriage."

Edoardo Gets Closer To His Ex-Fiance

Apparently, 37-year-old Italian property tycoon could not let go of his past relationship and made a move to get closer to his ex-fiance.

According to the Daily Mail, Edoardo recommended her ex, Dara Huang, to occupy an office space next to his London office. Dara is a Chinese-American architect who runs a company called "Design Haus Liberty," which is now registered at the Kensington-area building where the office of Edoardo's business "Banda Property" is also located.

Just recently, the 38-year-old businesswoman was spotted leaving the commercial property while casually dressed in shorts and a jacket.

Edoardo and Dara dated for three years and share a three-year-old son, but they were never married.

According to the insider, when Edoardo learned that the office space becomes available, he recommended that Dara secure the place immediately. It turns out that Princess Beatrice's new hubby wants to stay close to his ex so they could still raise their child together.

"Edo was already a tenant there, and when the space below him became available, he recommended it to Dara. He felt like it made a lot of sense: They get on very well and intend to stay close as they are raising a child together," the source revealed.

Moreover, this is reportedly not the first time the exes were reconnected to each other. The source claimed that the 31-year-old daughter of Prince Andrew learned that her then-fiance was regularly seeing Dara, who helped him buy clothes and pick outfits while in the United Kingdom.

While the source, who is said to be Edoardo's friend, claimed that there is nothing romantic going on between the exes, Princess Beatrice is reportedly feeling a little uneasy with her new husband's closeness to his ex.

"Having initially been very cool about their friendship, Bea would rather there was a little more distance between Dara and Edo after all," a source close to Beatrice said.

'Edo may disagree, but Dara personally believes they would still be together, were it not for Bea. But Bea has nothing to worry about - Dara styles Edo because she's a tiger mum. She has no secret wish to get back together. Plus, she actually quite likes Beatrice."

While the new "office setup" looks suspicious and could turn into a royal marriage mess anytime, the "entanglement" issue could be traced back two years ago when Princess Beatrice and Edoardo were dating.

According to reports, the new royal couple started dating in 2018 -- but only six weeks after Edoardo and Dara called it quits. In short, the breakup was still fresh when Edoardo began making his way into the royal family.

Interestingly, Edoardo and Dara were reportedly still living together while the property developer was courting Princess Beatrice. At that time, they were already in search of a separate place away from each other.