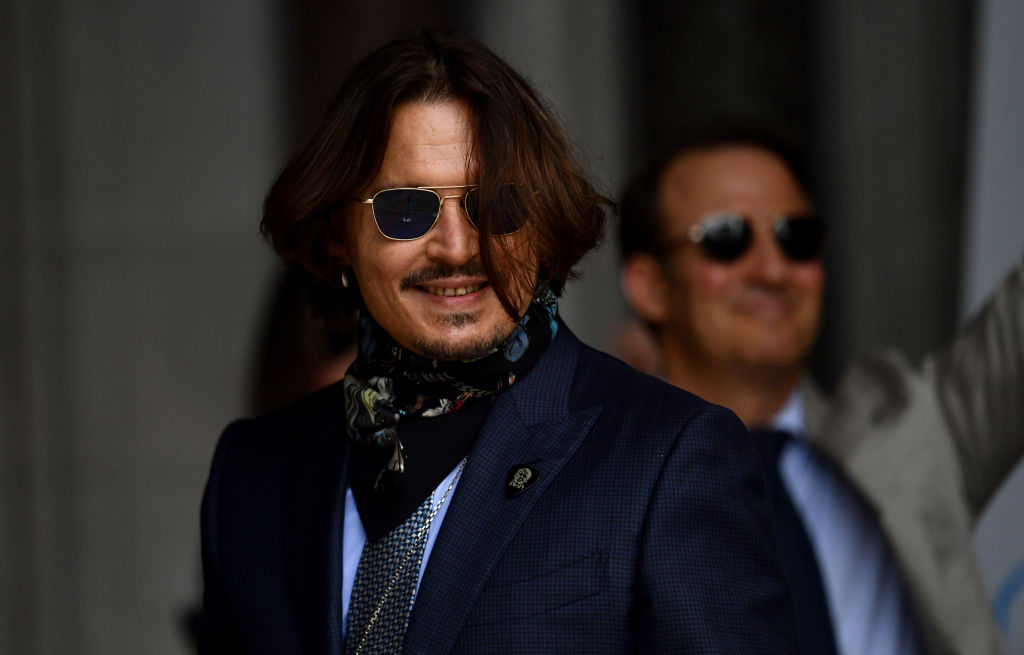 It's the 15th day of the libel battle of Johnny Depp against News Group Newspapers. The trial is set to hear some closing arguments before its conclusion tomorrow.

Depp is suing NGN and British tabloid The Sun's executive editor Dan Wooton over a 2018 article that referred to him as a "wife beater" and exclaimed that they have "overwhelming evidence" he assaulted Amber Heard.

A lawyer for The Sun said on Monday that Depp abused his ex-wife Amber Heard because for these three reasons.

According to Sasha Wass QC, a deep misogyny is J against Heard.

Wass claimed that the 57-year-old actor described himself as a "southern gentleman who respected women," but his texts showed that what he was saying wasn't true.

He even reportedly called his former partner Vanessa Paradis a "withering c*nt."

Wass further said that the "Edward Scissorhands" star created a misogynistic image of Amber Heard as "the stereotype of a nagging woman."

The lawyer added that aside from the insulting nicknames he called women, Depp preferred to use more "old-fashioned" nicknames such as "gold digger, shrew and adulterer."

The court also heard that jealousy was one of the main reasons for Johnny Depp's outbursts.

It has been reported that Depp accused his ex-wife of having an affair with James Franco and Elon Musk. Heard denies being unfaithful.

Depp told the court previously that the was convinced the claim was valid.

According to the "Aquaman" actress, Depp was jealous of her and Franco working together again that he flew into a blind rage and became violent towards her on a private jet in 2014.

Even SpaceX CEO Elon Musk has been dragged into the libel case. Musk and Heard became publicly identified as a couple after her split from Depp shortly after. Since then, the new couple has had an on-again, off-again relationship.

Amber Heard claims that her former husband had jealous rages and turned violent, becoming into his alter-ego "monster" under the influence.

The court heard that the "Charlie and the Chocolate Factory" star was a "hopeless addict" whose own doctor had revealed, "romanticized the whole drug culture."

Johnny Depp reportedly is kind, charming, and generous, but when he becomes under the influence of drinks and drugs, "he becomes very different."

"Permeating all of the evidence, in this case, is the character Mr. Depp himself - his well-documented evidence of violence and destruction over his adult life which had occurred when he was under the influence."

The Sun's defense relies on fourteen allegations made by Amber Heard of Johnny Depp's violence from 2013 until 2016. This included the time they rented home in Australia, his private island in the Bahamas, and the couple's downtown Los Angeles townhouse.

The trial is set to conclude tomorrow.

If Johnny Depp wins, the judge will decide how much The Sun will be paying him. He may also be entitled to aggravated damages.