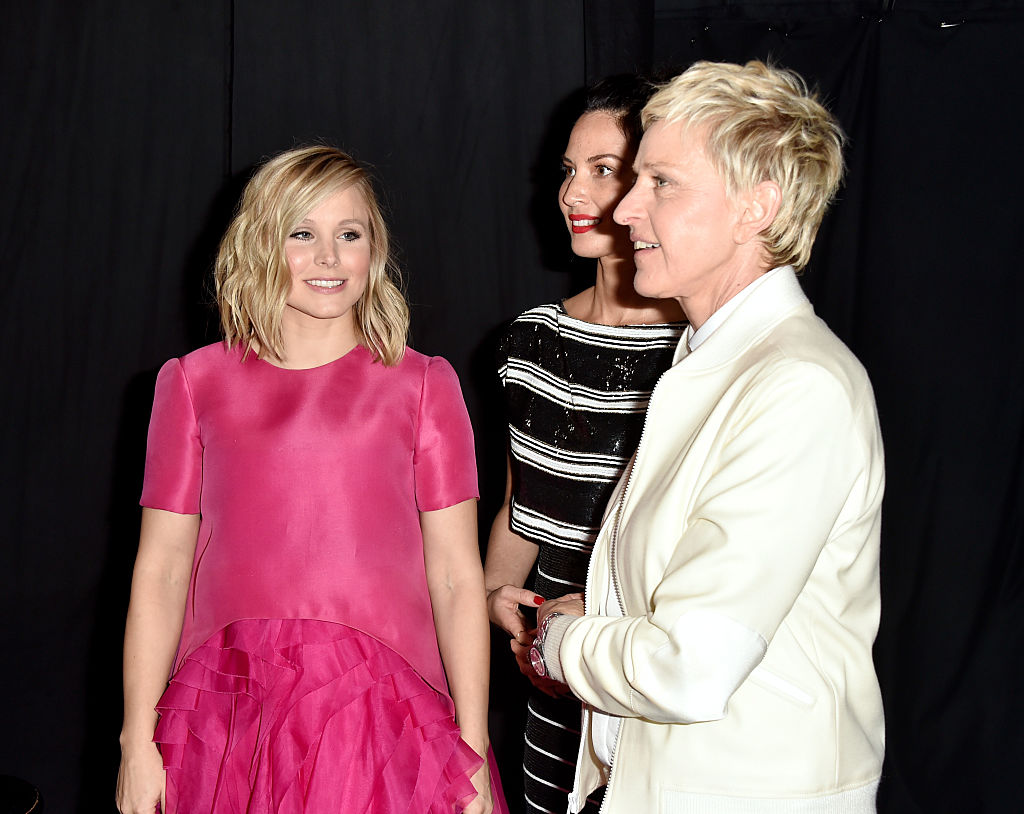 Following the massive accusations against Ellen DeGeneres, fans are now calling for the replacement of Ellen on her 17-year-old namesake show.

On Monday, fans took to Twitter to express eagerness to see a brand new face and personality that could maneuver NBC's "The Ellen DeGeneres Show." In just a few hours, #ReplaceEllen becomes a trending topic on Twitter, which enumerates fans' opinions on why the 62-year-old talk show host queen should be canceled from her own show.

The Twitter trend also throws out several names of Hollywood personalities that could kick out Ellen. Below are some of the celebrities fans think could be a perfect substitute for Ellen.

The "Fifty Shades of Grey" star is one of the names that people are voting for to see on "The Ellen DeGeneres Show" couch and interview the biggest names in the industry.

Dakota Johanson went viral on the internet for appearing on the show and casually slamming Ellen for calling her out for not getting an invitation to her birthday party.

Things get a little more awkward when Ellen emphasized that she did not get an invite, but Dakota challenged her to ask her staff and producer and ended up with an alibi that she was out of town.

Fans think that hosting the show could showcase Dakota's other talent, particularly her witty sense of humor.

Another top name on the list is the "Frozen" voice actor, who, according to reports, is undergoing grooming and workshops to replace Ellen DeGeneres. As per Us Weekly, even before the accusation against Ellen blew up, Warner Bros executives are already eyeing Kristen Bell to be her substitute.

"With Ellen's PR disaster, suddenly Kristen's name keeps coming up. She's quietly been honing her hosting chops. Everybody in town loves her!" the insider said.

One fan also thinks that Kristen Bell's quirky personality would be exciting to see on the show's fun segments.

The Twitter universe also thinks "The Late Late Show" host would be a better replacement for Ellen. Jamer Corden, 41, earned his popularity of being host for the viral segments on his show like "Carpool Karaoke."

Over the weekend, Corden was reportedly lined up to lead the afternoon talk show as sources revealed that NBC has been eyeing Corden as Ellen's long-term successor.

"This issue has fast-tracked everything and made everyone look at the future today," an insider told "The Sun."

"James Corden was being eyed for Ellen's job in the long term before any of this came to light," the source added.

However, Corden is still tied up with a contract with CBS for his late-night show until 2022.

Meanwhile, some fans are pushing to replace Ellen with her fellow proud LGBT member, Wanda Sykes. They think the 56-year-old actress would be a good replacement not just for representing the community, but her quick "stand-up comedy-like" humor would bring great energy to the show.