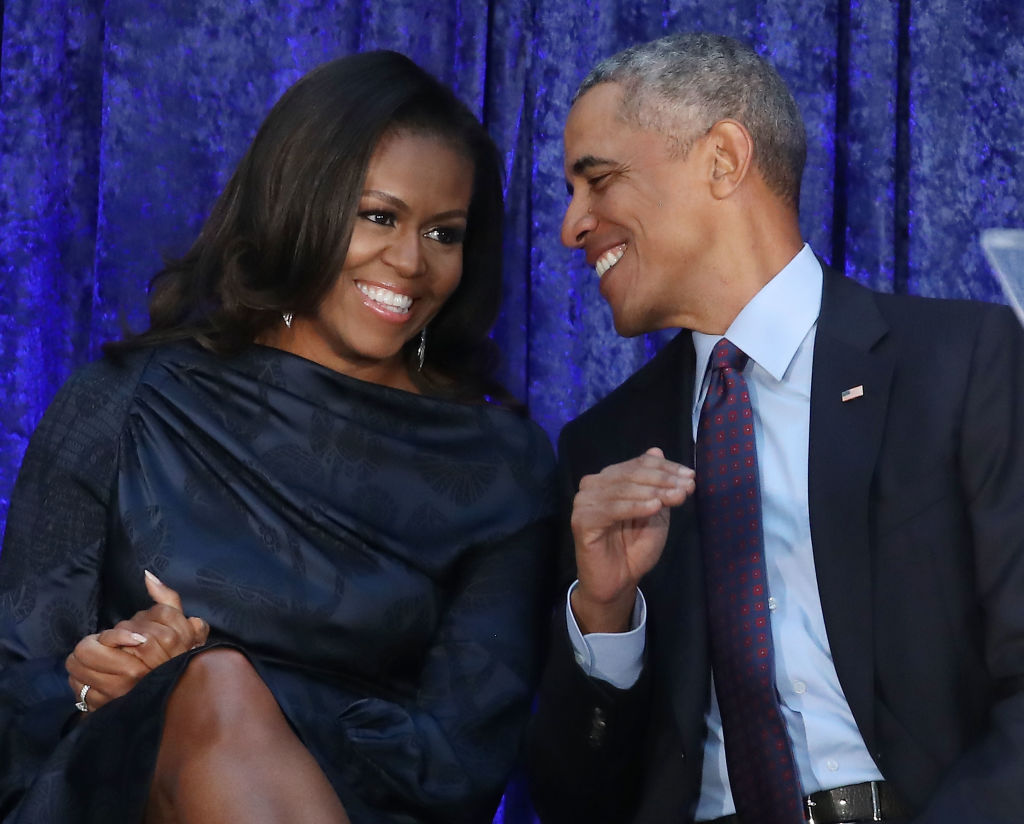 Michelle Obama made sure that Barack Obama gets the sweetest gift to celebrate his birthday this year.

Amid all the problems the world is facing right now, Michelle set them aside for a moment to celebrate Barack's 59th birthday with a sweet gesture.

"Happy birthday to my favorite guy," Michelle wrote. "Here's to all the good days, blue skies, and new adventures to come."

The post, which now has 2.8 million likes, is filled with birthday wishes from the Obamas' followers.

"Happy blessed birthday to the most intelligent, kind, man of dignity and grace," one netizen said.

Another one commented, "Happy Birthday Mr President, just getting better with age."

The former president became her first guest, and the power couple talked about their family -- particularly their daughters' future.

"More than anything, what it would be is that they're living in a country that respects everybody and looks after everybody, celebrates and sees everybody," Barack said. "Because we know that if we're not around, but those girls are in a society like that, they'll be fine."

As the family matriarch, Michelle shared that they should always rely on hope whenever they are in doubt. Despite that, she still has fears about the future since many young people think that voting is not worth it anymore.

Barack Obama and Michelle Obama swooned the hearts of their followers by how they treat one another even before -- and after -- they got inside the White House.

For 27 years since they tied the knot on Oct. 3, 1992, they kept their relationship healthy.

"In the luckiest break of my life, [Michelle] was assigned to be my adviser," Barack told O, The Oprah Magazine in 2007. "I remember being struck by how tall and beautiful she was."

This year, Barack also shared an adorable message to mark Michelle's 56th birthday and offered her a tribute during Mother's Day.

He posted a swoon-worthy black-and-white photo collage of them on Instagram and captioned the post: "In every scene, you are my star, @MichelleObama! Happy birthday, baby!"

Moroever, Barack described her as "the woman who makes it all possible" -- a messaged that touched all their fans. He highlighted Michelle's extraordinary ability of being a wife to him and a mother to their two daughters at the same time.

Whether it is Barack's birthday or Michelle's special day, the power couple surely gives each other the sweetest greetings they both deserve, and that is what makes their family stronger than ever.