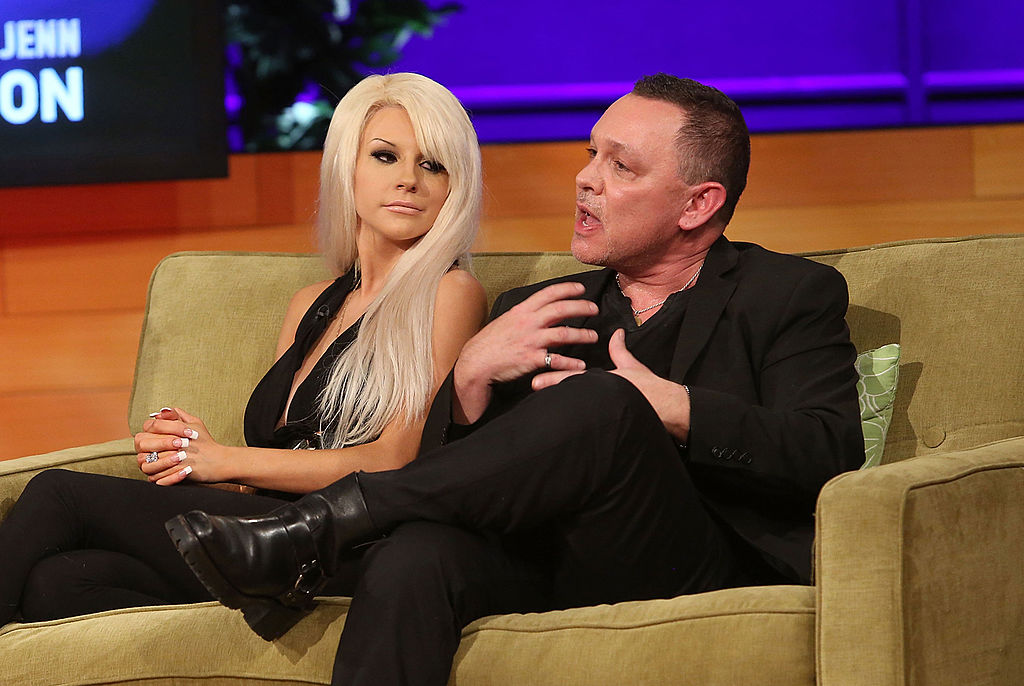 Courtney Stodden made a huge decision online and showed what her body really looks like.

Throughout her career, Stodden has always been posting jaw-dropping photos of her while flaunting her body. This time, however, she got real.

In a recent Instagram photo, the 25-year-old media personality showed a side-by-side photo of her relaxed and perfect pose.

"For almost 10 years, I've been living in hell," Stodden captioned the post. "Feeling the need to showcase the 'best' version of myself to my public - NO cellulite, 'perfect a--', 'perfect t--s,' 'perfect EVERYTHING'... I morphed myself into an illusion!"

The "Celebrity Big Brother" alum can be seen wearing a black bra and cheetah lace underwear in the side-by-side photo. She showed off the cellulite and dimples on her backside while the second snap -- which she took a few seconds later -- showed a sexier version of herself.

According to Stodden, the picture on the right made men and women follow her.

However, she said she is now refusing to do those perfect poses as they have damaged the idea of beauty.

"I'm finally waking up to reality and to how much DAMAGE this 'idea of beauty' has caused me. It's fake! Ladies, WE ARE BEAUTIFUL AND SEXY without this BULLS--T!" Stodden exclaimed.

Hours after she penned the lengthy body-positive post though, she set pulses racing again by putting on an alluring display online.

While wearing a skimpy animal print bikini, the lingerie model poured down oil onto her chest and danced to her new song "Side Effects."

"Go obsess over it!!!!" Courtney captioned the clip.

Stodden's body-positivity post and new song came after the finalization of her divorce with Dough Hutchison and her brief fling with Brian Austin Green.

Last month, the singer-songwriter explained to Fox News that the song was inspired by Green.

"'Side Effects' is about that feeling you have when you leave an entanglement," she said. "You got a bad dose of a bad actor and just want to be sober again. The high isn't worth the side effects."

Per Stodden, she ended her connection with the "Beverly Hills, 90210" star after a bunch of women told her that he was allegedly playing with them.

He called her a womanizer, as he also wanted her to be his "little secret."

Meanwhile, she finalized her divorce from the 59-year-old "Green Mile" actor Hutchison years after she married him when she was just 16 years old.

The actress said she will always love the actor. However, she also accused him of leaving her "a child woman, feeling belittled and confused."

"I wish you well. But please don't ever do this to another minor again," she wrote. "It's not right ... even if the parent signs off."

Clearly, these heartbreaks are now pushing her to become a better woman, and her fans wish her nothing but the best.

READ MORE: Kim Kardashian Kids: Everything You Need to Know About the Kardashian-West Children