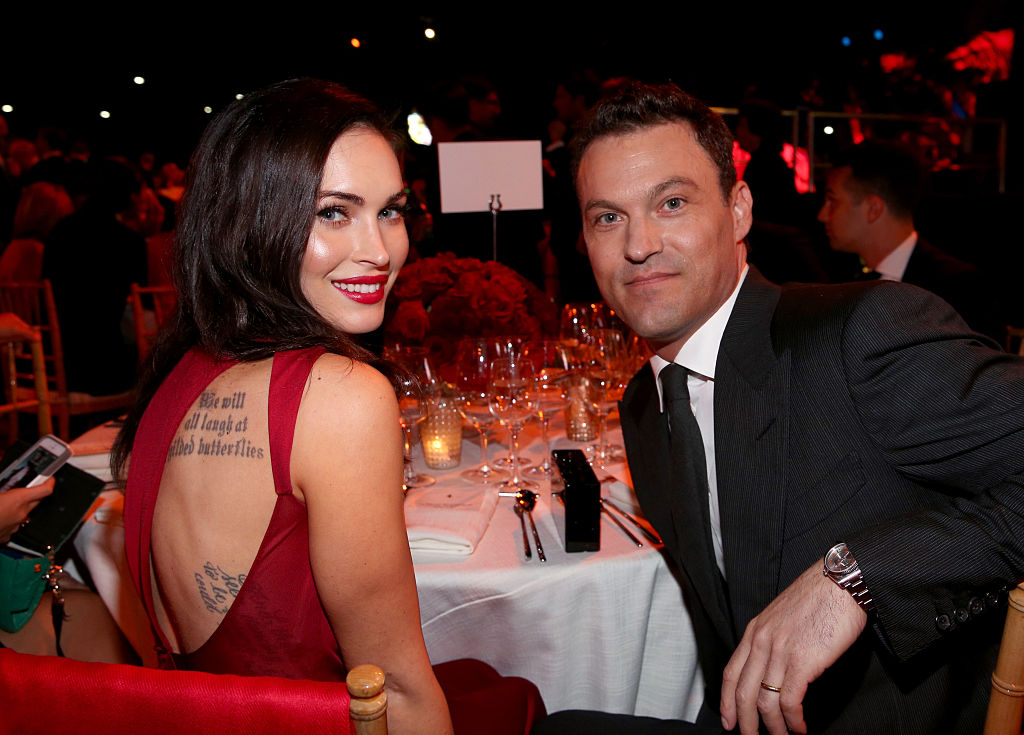 To say that the Megan Fox Brian Austin Green divorce has blown up the internet is an understatement. The couple's unexpected separation has sparked tons of opinion and debates, especially after the "Transformer" actress has obviously moved on from their ten-year marriage.

Last May, Brian Austin Greenstar made a bombshell announcement that he and Megan are now co-parenting their three children.

During the May 18 episode of "With Brian Austin Green" podcast, the 46-year-old actor revealed that they had been separated for months after realizing that they have grown apart. Green admitted that he is in the process of healing a fresh wound from the breakup.

While "The Beverly Hills, 90210" actor is still moving on from their break up, his now-estranged wife is experiencing the opposite.

The 34-year-old actress has obviously moved on quickly as she is now happy and in love at the arms of rapper, Machine Gun Kelly.

Although Megan and her new lover boy have been spotted numerous times out in public, it was just recently that they made their relationship "social media official."

On July 29, Machine Gun Kelly (born as Richard Colson Baker) took to Instagram to profess his love for Megan.

"Waited for eternity to find you again.." the 30-year-old singer-songwriter wrote alongside a black-and-white mirror-shot photo of her and Megan.

Since then, the couple has been open about their relationship on their respective social media accounts.

On Wednesday, Megan took to Instagram to share a photo of her and Machine Gun Kelly for the first time.

It was another black-and-white mirror shot photo where the couple could be seen covered in towels, while Megan is sporting a bikini top.

In the caption, the actress professed her undying love for her newfound man by saying: "Achingly Beautiful Boy... My heart is yours."

Just when we thought the ex-couple had a peaceful separation, Brian Austin made a shady response to Megan's recent declaration of love to Machine Gun Kelly.

In an Instagram post, Brian Austin uploaded a series of photos of their children, namely Kassius, 18, Noah Shannon, 7, Bodhi Ransom, 6, and 4-year-old Journey.

But the actor savagely copied Megan's caption and only changed the term "boy" in plural form since he is referring to their four sons.

Brian Austin's Instagram entry, which has now over 60,000 likes, also gained massive comments from fans who liked the way he "burned" Megan with such photos.

"Brian the shade in your caption is too much... I love it," another one added.

Meanwhile, others did not like how the father-of-four responded to his ex-wife and expressed disappointment over his actions.

"So unnecessary to bring the kids into it. You were handling the situation like a man now not so much," one user commented.

"This is pathetic," echoed another follower.