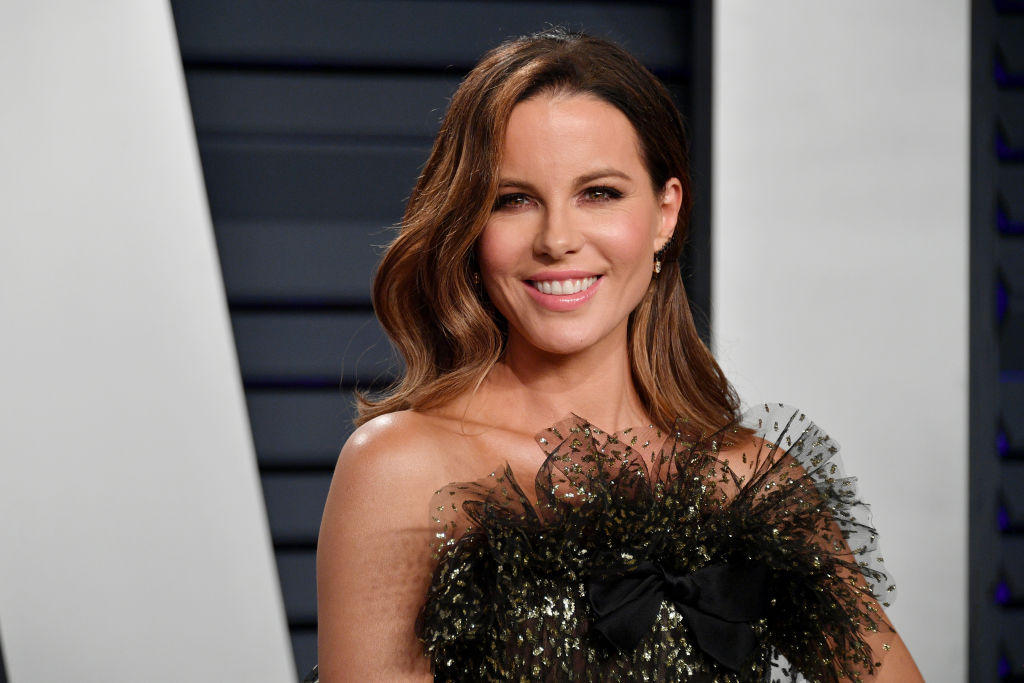 Kate Beckinsale appears to have found the fountain of youth with her age-defying look, as she continuously proves time and again that age is just a number.

Considered as one of Hollywood's most beautiful faces, the "Underworld" star has been romantically linked to several much younger men -- including 26-year-old "Saturday Night Live" star and Ariana Grande's ex Pete Davidson. Most recently, it has been revealed that she is dating 22-year-old musician Goody Grace.

Aside from her series of May-December love affair, the 47-year-old actress is also known for her hilarious social media posts (and not to mention her bikini-clad snaps).

In her previous interview with Shape, Kate revealed that she has a strict diet which involves no carbs, sugar and alcohol. She also woas working out regularly.

Having said that, we take a look at the seciest and funniest post on Kate Beckinsale's Instagram as she proves that 47 is the new 25.

View this post on Instagram
Getting ready for the #criticschoiceawards with @robscheppy, @peter.savic, Clive, Myf and NO SCRUBS. Rob’s pretty thorough A post shared by  Kate Beckinsale (@katebeckinsale) on Jan 12, 2020 at 6:25pm PST

The "Serendipity" actress showed her fans the behind-the-scenes of what goes into her red carpet preparation during the 2020 Critics' Choice Awards.

In her IG video, she was seen sporting a strapless top and lounge shorts, while her hairdresser Peter Savic worked on her red carpet hair.

Meanwhile, her makeup artist Rob Scheppy made sure that her legs looked flawless while rocking the stunning silver Julien x Gabriela gown.

In the latter part of the clip, the Hollywood A-lister looked completely calm as Scheppy stretched her leg up towards her ear as he buffed Kate's sexy legs.

"Getting ready for the #criticschoiceawards with @robscheppy, @peter.savic, Clive, Myf, and NO SCRUBS. Rob's pretty thorough," she wrote.

The "Van Helsing" star is really passionate about keeping her figure slim by doing home workouts.

Together with her longtime friend Ann Parker Miller, the duo danced to one of the Backstreet Boys' classic hits "'Everybody (Backstreet's Back)." In the clip, Beckinsale showed off her toned abs while wearing a white cropped tank top and black leggings.

Aside from this, the two appeared to enjoy the throwback song and even managed to have choreographed dance steps.

It was no surprise that the British actress would grace the cover of fitness magazine Women's Health.

However, instead of a mushy thank you caption, she opted to mock her giant prop while wearing a yellow sports bra and beige joggers.

In the most recent Kate Beckinsale Instagram post, the actress decided to celebrate International Cat Day with a twinning pose with her feline friend.

The actress was spotted lying down in a hammock while sporting a black bandeau and a white bikini.

Meanwhile, her pet Willow was also doing the same thing with her own mini hammock that's identical to the "Click" actress'.

"Face like a slapped ar-- even in her own mini hammock," Beckinsale wrote over the snap on her IG Stories