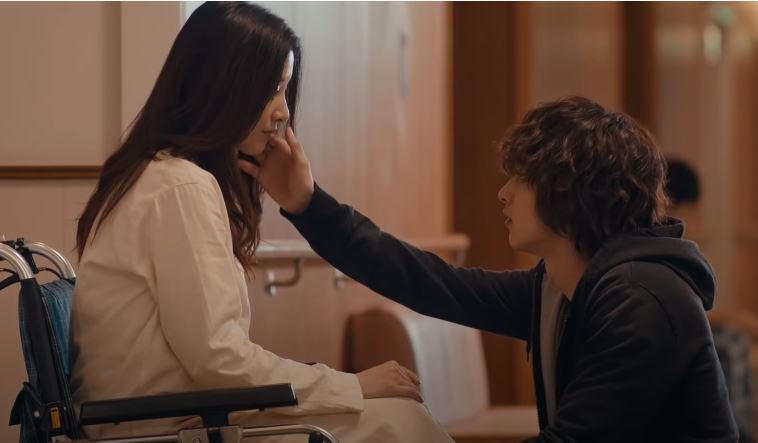 Japan's film industry is about to make everyone's hearts ache through its upcoming tear-jerker "Your Eyes Tell."

Amid the coronavirus pandemic, Japan remains unstoppable in releasing new movies for its avid fans. This year, it is slated to release another film that will make everyone grab their tissue boxes.

In mid-October in 2019, talks about the release of the "Your Eyes Tell" movie started to excite fans.

The film, with Japanese title "Kimi No Me Ga Toikakete Iru," stars "Ressha Sentai ToQger" actor Ryusei Yokohama and Yuriko Yoshitaka (who is famous for her role in "Hanako To Anne").

Gaga Corporation won the film's distribution rights, and it is set to release the movie on October 23, 2020. Although its international release date has not yet confirmed, Gaga is currently in talks to distribute it worldwide.

Before "Your Eyes Tell" finally breaks your heart, here are the reasons why you should brave your tears and watch it soon.

"Your Eyes Tell" Movie Is Not Your Ordinary Love Story

The "Your Eyes Tell" movie trailer shared a glimpse of the story of love, tragedy and fate between former kickboxer Rui and blind girl Kaori.

Like those usual love stories in the movies, the two fell in love, but tragedies and heartbreaks hit their lives. One can expect its ending to be cliche, but having Takahiro Miki as its director ensures that fans will get a satisfying ending.

"Your Eyes Tell" and BTS!

Aside from its plot, the movie is also gaining attention because of its OST.

On July 15, the Korean idol group Bangtan Sonyeondan (BTS) released their Japanese album titled "MAP OF THE SOUL :7 ~ THE JOURNEY." It includes the new song "Your Eyes Tell," which is the same title as the movie.

What made the OST even more special is the fact that the group's "maknae" (youngest member) and main vocalist Jeon Jungkook participated in composing the song. Furthermore, it marked the first movie OST of the KPOP group.

In BTS' statement, they expressed their gratitude for being part of the film.

"Listen closely to the beautiful melody and the message of the lyrics conveying that 'In the midst of hardship, I believe there is light in your sights of the future.' Hope you enjoy it and feel our emotions we poured into the song when you watch the movie!," the group exclaimed.

"Your Eyes Tell" Movie Is a Remake

While it looks like an original film, avid K-drama fans may be quick to notice its similarities with 2011 hit melancholic Koren film "Always."

The film starred So Ji Sub and Han Hyo-Joo, and it gained positive responses from film critics.