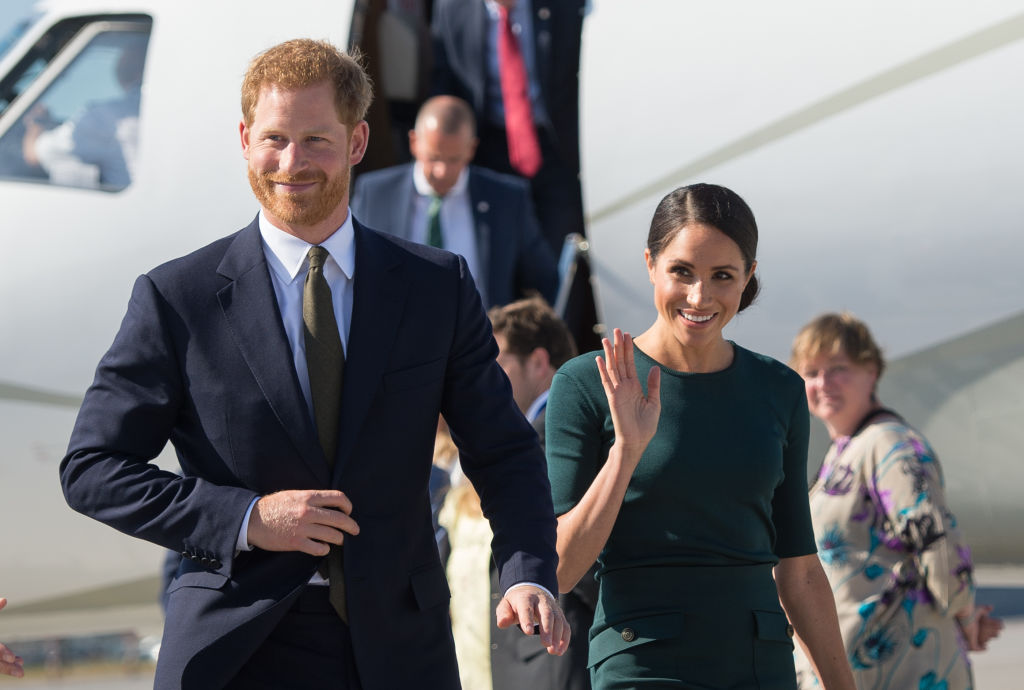 Prince Harry and Meghan Markle have been in the US since March.

They didn't keep a low profile, which was initially why they quit being senior royals of the British monarchy.

It seems like the lives they have now are far different from being royals. The Duke and Duchess of Sussex purchased a $14 million mansion in Santa Barbara, planting their roots permanently in the US.

According to Woman's Day, Trump is looking carefully at Prince Harry's status in the country now that he's an owner of a house.

Questions of the 35-year-old's visa entering the US are left unanswered since landing in California, mid-March.

Sources of Woman's Day suggest that the Duke may be relying on either a three-month or a six-month visitor visa, a visa where he needs to leave the US to renew.

The gossip magazine claims that neither visa allows the visitor to show their "intent to stay" in the US, like getting a local job or purchasing a home.

The dad of one-year-old Archie does have the choice to apply for a green card, which would give him a 10-year residency visa that takes so long to process.

With Prince Harry's wife, Meghan can't seem to keep her mouth shut on how the US government is handling the coronavirus pandemic and the civil unrest. With the Duke also declaring that Trump has "blood on his hands" for the coal production support, the magazine has found out that his visa status is being questioned and closely monitored by Trump.

"The president is a big fan of the royals, especially the Queen. But doesn't like Meghan and Harry," an insider from the White House told the publication.

"I heard he knows about the California house purchase and threatened to look in on his visa status personally."

The source added, "I'm sure nothing would please Trump more than deporting Harry - who is about as high profile a naysayer as you can get - if there is any chance to trip him up on his visa status."

According to the grapevine, what added more to Trump's firm dislike of the former "Suits" star are the rumors that she will be supporting his rivals, the Democrats, for the upcoming November elections.

"If Harry and Meghan are still getting their immigration ducks in a row, this is not a great time to be slagging off Trump publicly or aligning themselves with his enemies."

Despite stepping away from his life as a senior royal, Prince Harry remains sixth-in-line to the throne, while Archie is the seventh.

The Duke of Sussex has been presented with challenges since moving to California.

Applying to become an American citizen would mean he will give up his royal titles, as the US Constitution doesn't recognize inherited titles and royalty.

Aside from that, he would also have to pay taxes. Thanks to Meghan Markle, all hope is not lost if Prince Harry really wants to be an American citizen.

As a spouse of a US citizen, the Duke is eligible to apply for permanent residency.