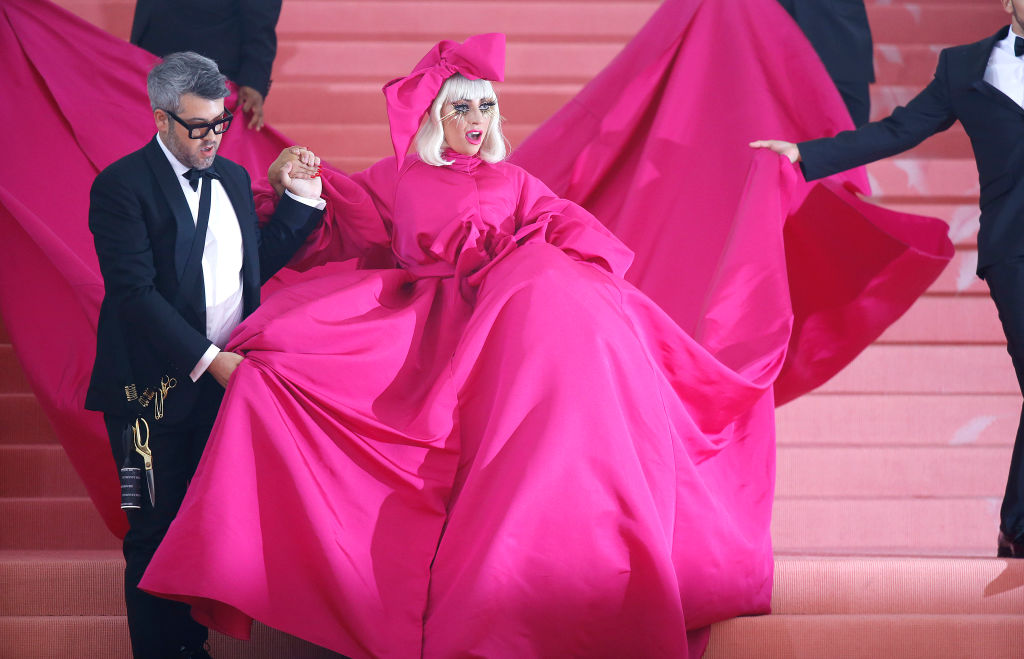 Lady Gaga just released a music video for her song "911," and it went viral within minutes. People simply cannot get enough of all the quirky and crazy details that can be seen from it.

Mother Monster has always associated with high-fashion and technicolor visuals. She has become quite tamer the past few years, which is fine, but she is now back.

There are so many things to love about her new music video, even though we are not sure what are the meanings of about half of them. Lady Gaga's videos are often  meant for interpretation, but more often than not, it is for reveling and enjoying -- and we certainly did.

With that said, here are  three details that remain in our minds after watching Lady Gaga's "911" music video several times.

Amid all the chaotic scenes in Lady Gaga's "911" video, she and her team found in them to show her being stabbed and then later one waking up at a scene of a car crash. She is then brought to life and then hyperventilates. So was everything before this stabbing scene a hallucination?!

Oh, before she was stabbed, she was first dropped from her balloon flight -- so weird yet so neck-biting.

It's quite exciting as if we are watching our favorite crime scene enter its climax in a few seconds (this is probably the time we had an epiphany why the title is 911).

All the White Sand

The video opened to sand and more sand. Lady Gaga certainly popped up with her colorful hair and pastel-hued outfit. For a minute, we thought the video would have an ancient history theme, but then Lady Gaga and the rest of those in the video started moving in robotic ways.

We were certainly a bit confused if the video is instead of a future era.

All her outfits while in this sandy geography setting are quite amazing, too. They all stand in great contrast to the white background.

The Subtle Shade on the Digital Era

When the parademics were attending to Lady Gaga, the camera panned into people trying to capture the scene with their smartphones, with completely unconcerned faces. People are like that these days -- so willing to jump through hoops to capture scandals and controversies that they do not really have a concern for human life.

Lady Gaga's "911" video begs to be interpreted even though she already shared what the meaning is, at least for her. It's like a great book: authors have a clear message of what they wrote, but it is still subject to the interpretation of the reader based on their perceptions and beliefs.

For Lady Gaga, the video is actually all about her mental health. At the end of the video, Gaga can be heard sobbing about some pills, and we realized that it is because she was not medicated for a while that she had these hallucinations.

"This short film is very personal to me, my experience with mental health and the way reality and dreams can interconnect to form heroes within us and all around us," Lady Gaga wrote in her social media post, promoting the video. "I'm awake now, I can see you, I can feel you, thank you for believing in me when I was very afraid. Something that was once my real life everyday is now a film, a true story that is now the past and not the present. It's the poetry of pain."