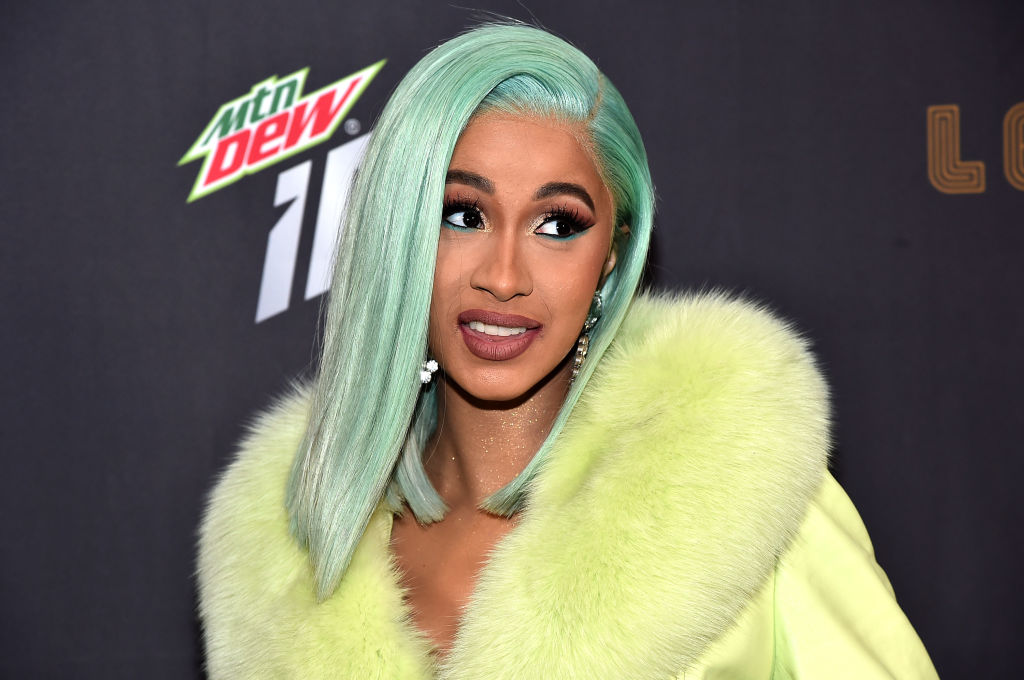 Cardi B is dealing with another legal battle amid her ongoing divorce case with Offset.

The "WAP" hitmaker is facing defamation charges together with her sister, Hennessy Carolina, and girlfriend,,Michelle Diaz, after calling a group of beachgoers as "racist MAGA supporters," as first cited by TMZ.

According to the complainants Peter Caliendo, Pauline Caliendo and Manuel Alarcon, they were hanging out at the Smith Point Beach on Fire Island with their families when they were approached by Carolina, who was in total rage.

"These peaceful Suffolk County residents were quietly enjoying a Sunday at the Smith Point beach with their families, when rap celebrity Hennessy Carolina suddenly approached them, raging, spitting, insulting, assaulting, defaming, and threatening them, all the while videotaping them because one of them wore a MAGA hat," the plaintiffs' lawyer John Ray told ABC 7 New York.

Furthermore, the lawsuit also claims that the 24-year-old social media star used vulgar and racist language and even threatened them to expose the video for her "9.5 million followers" to witness the altercation.

Earlier this month, Cardi B posted the video on Twitter and pointed out that her sister and her friend were harassed because they were an Afro-Hispanic gay couple.

"Nooooo that big pink man was harassing my sister's girlfriend to move her car for no reason and then my sister came there had a back and forth and they stood quiet when she Wip that phone out .They were harassing 2 Women ! Ya going to catch the right fuckin one!" Cardi B wrote.

Cardi B and Group Accused of Editing Videos

On the other hand, the complaints slammed the trio for editing the clip to put them in a "false light."

"Hennessy, Cardi B and celebrity model Michelle Diaz deviously edited the videotape and published the edited version all over social media, across the world for all to see, and maliciously falsely labeled these residents and their families as 'N...s' and as racists. ... Real threats of harm were made. They live in fear now. Their reputations have been ruined," the complainants' representative added.

With this, the complainants filed defamation charges against the "Bodak Yellow" hitmaker, her sister, and the 21-year-old model for violating the civil rights to privacy.

In addition, Carolina is facing separate charges of assault and battery over the incident. The plaintiffs are also seeking legal fees, punitive and exemplary damages.

Cardi B Divorce Case With Offset

The altercation came days after the rapper filed for divorce from her husband, Offset.

According to reports, Cardi B made the petition in Fulton County, Georgia, requesting an end to her nearly three-year marriage to the Migos rapper.

Moreover, the music icon also seeks legal and primary physical custody of their 2-year-old daughter Kuture, as well as fair division of their marital assets.

Following her divorce case, the "I Like It" artist set the record straight and claimed that there was no cheating or third party involved.

On her Instagram, she explained that she just got "tired with the arguments and build up" and that she needs to "grow apart.