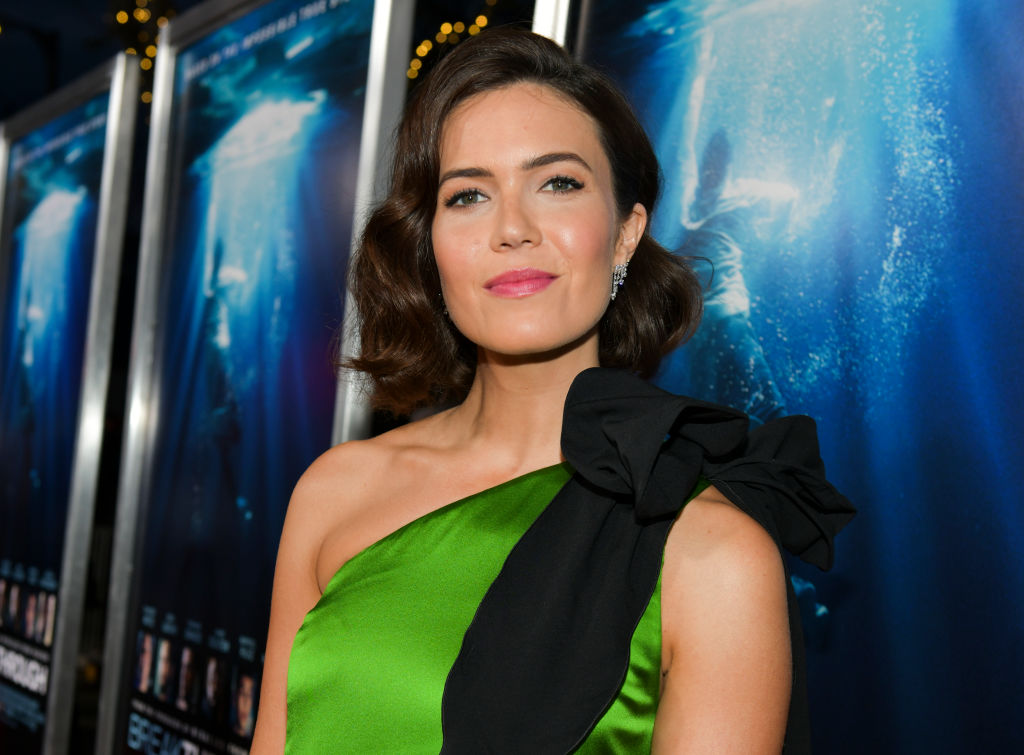 Mandy Moore is pregnant with her first baby with husband Taylor Goldsmith. The happy soon-to-be-mommy announced the news herself.

On Thursday, Mandy Moore took to her social media to announce the wonderful news.

"Baby Boy Goldsmith coming early 2021," the "This Is Us star" captioned an Instagram slideshow. Snaps showed her beaming happily as he cradles her baby bump.

Mandy and Taylor married each other in November 2018 in Los Angeles. They married a year after the singer-actress quietly confirmed that she was already engaged by flashing her ring at a cafe.

Speaking with Us Weekly a little before her wedding date, it was apparent that the actress is with the right man. She called him her person.

Last August, as her husband celebrated his birthday, Mandy Moore's letter to him showed how much she loves him. In her social media, she called her husband "contagious" and shared that she got the chance to live wrapped in goodness and warmth with Goldsmith.

Mandy described her husband as her best travel companion, a songwriting partner and pet parent. If these adjectives are not enough to show how much the guy means to him, she also described him as her favorite person.

Moore even hinted how amazing her 2020 is even with the ongoing pandemic.

"2020 has certainly been a wild ride but I really can't wait for what this next year will bring. Happy Birthday, T. I love you more than anything," she wrote.

Goldsmith is her second husband, but nothing beats a second chance at love, it seems. Moore was previously married to Ryan Adams, a marriage that lasted for seven years from 2009 to 2016. Shortly after their split, she and six more women accused Adams of emotional abuse and sexual misconduct.

This allegedly explains why Moore was out of the limelight for quite a while. She was one of the hottest singers and then, later on, actresses in the early 2000s. But she vanished from the limelight after she got married.

According to a report from the New York Times, Adams' controlling behavior stopped the singer-actress from making new connections in the industry. It's really unfortunate because she was already nearing the peak of her career.

Adams issued a public apology back in July, even though he did not mention Moore. For her part, Mandy told Today that she found it quite weird that he would do that without first making amends privately.

But all of these are in the past now, and apart from being given a new shot at her acting career, she's also now going to be a mom.

"This Is Us" effectively put her back in the limelight, with people seeing how well she can truly act. Ironically, the actress said she almost quit before landing this meaty role. She was already thinking of quitting the acting business for good, thinking it must be her destiny to act for only a few years.

Fortunately, "This is Us" came. Now she no longer has doubts. "It feels so good to be back in the studio," she said.