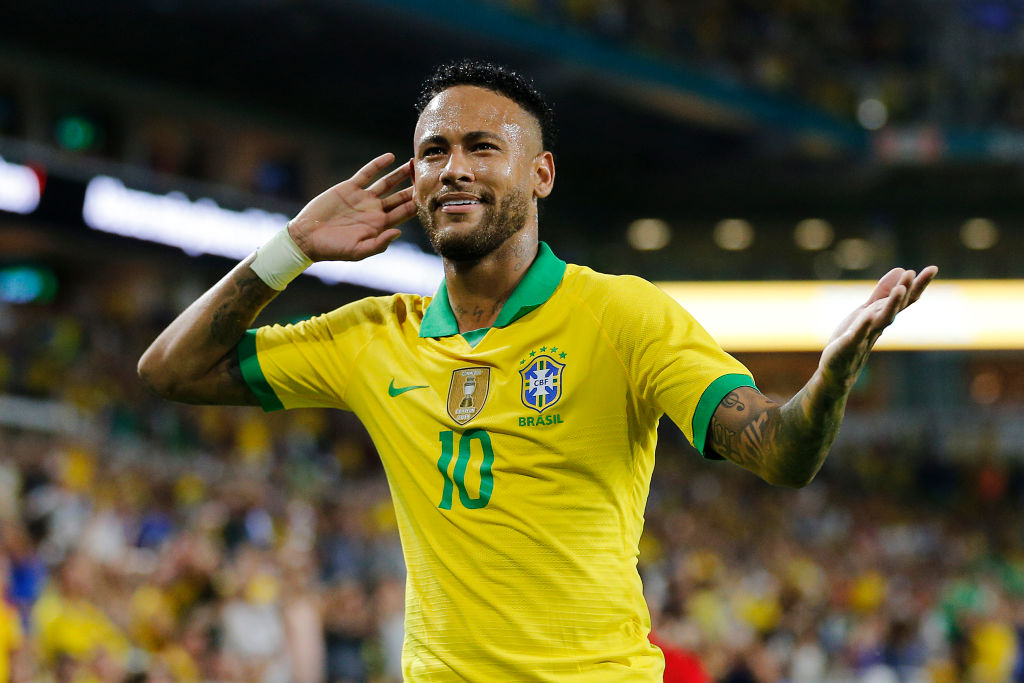 Netizens know that Neymar has a flaring relationship since the beginning of 2020. However, he left everyone confused as he exchanged flirty messages with model Lexi Wood online.

On September 18, Wood posted a photo of herself modeling a Savage x Fenty lingerie, which set his the pulses of his 1 million followers racing. As of writing, the post now has 52,000 likes and thousands of comments, and almost all of her followers complimented her physique.

Meanwhile, the soccer star caught people's attention as he also showered her with a thirsty message despite being in a relationship.

In the comments section on the model's photo, the 28-year-old Paris Saint-Germain player left a drool-face emoji, to which the Playboy model replied with three kiss-face emojis.

In another instance, the model also left a flirty message on Neymar's Instagram page.

When the sports star posted a photo of himself modeling a Puma gear, Wood replied with a tongue-out emoji and heart-balloon emojis.

Neither Neymar nor Wood has spoken up about their real score. However, this caused their followers to question whether the Brazillian footballer is already single or not.

Is Neymar in a Relationship With Someone Else?

Prior to these online exchanges, the PSG star is thought to be dating Natalia Barulich.

In February 2020, they seemed to have confirmed their relationship during Neymar's birthday celebration.

The 28-year-old Croatian-Cuban model shared a picture on her Instagram story alongside the message, "Feliz Aniversario @Neymar Jr. Everyone knows how extraordinarily talented you are, but if they could only see how real & beautiful you are inside your heart."

She further assured to her 2.8 million followers that Neymar has her respect and honor.

In addition, Neymar and his PSG pals dissed Barulich's ex-boyfriend, Maluma, by singing his breakup song.

In August 2020, the 26-year-old Columbian singer released a song entitled "Hawai." The song is reportedly all about his split with Barulich last October, but he also included the story of how the model moved on with the PSG star.

Instead of feeling flustered, Neymar and his mates chose to mock it.

In a video posted by Angel Di Maria, Neymar and several of his teammates -- including Ander Herrera and Mauro Icardi -- saing the song while trying to contain their laughter.

When translated from Spanish to English, lyrics in the song appear to include apparent references to pictures of Barulich with Neymar on Instagram.

"The picture that you posted saying he was your sky // Babe, I know you well, I know it was uploaded to make me jealous // I won't tell you who, but someone told me they saw you crying," the song goes on.

Earlier this summer, Barulich revealed during her interview on Danny Morel's podcast that her previous relationship became "toxic" because she gave "1,000 percent" only to receive "20 percent" in return.

As of writing, Barulich has not commented on Neymar's moves with Wood.