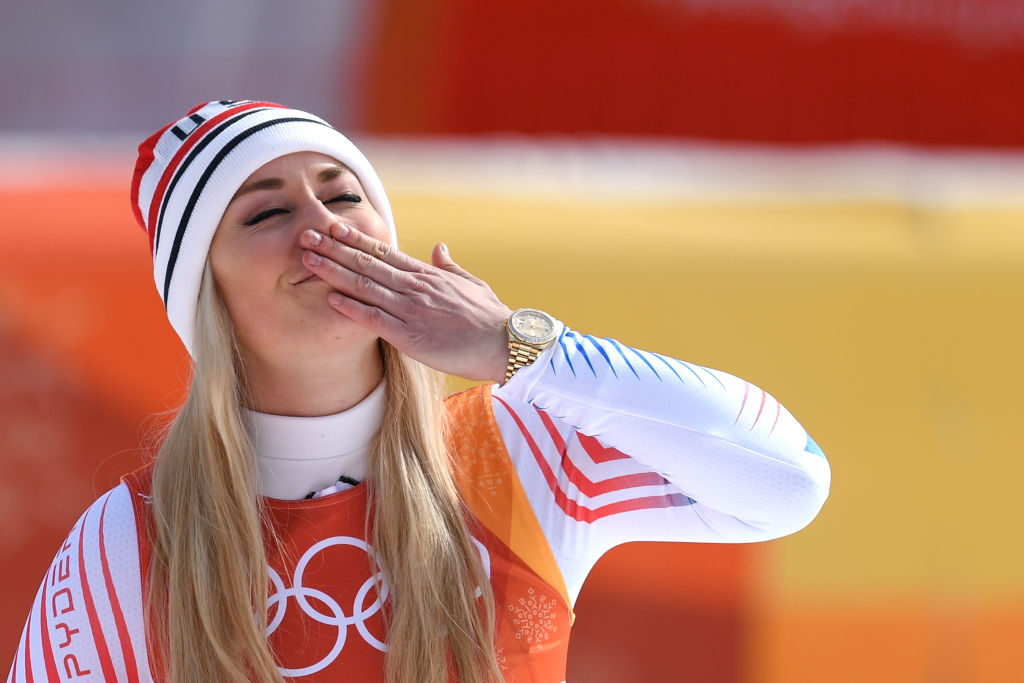 Apparently, Lindsey Vonn does not care anymore whether or not her social media post would creep out her followers.

On Monday, Vonn forgot about the rules about oversharing after she posted a rare and gross video of her.

In an Instagram video, she documented how she underwent a dental procedure to enhance her smile again.

"I got new teeth," the 35-year-old alpine ski racer captioned her post. She also warned her 2 million Instagram followers to watch her video with caution since it has "some gross content."

For what it's worth, the video's thumbnail already looked gross enough to some.

However, those who clicked the play button witnessed how Vonn sat on the dentist chair throughout the whole procedure. Her dentist then cleaned and removed parts of Vonn's old, loathsome teeth before recreating them again.

Lindsey also wrote on the video's caption that she "drooled a lot" and "looked freaky for a minute," adding more stomach-churning moments during her journey.

The post, which only got 35,000 likes as of writing, garnered mixed reactions from her followers.

One fan said, "Brave!!! But I am curious was it just aesthetic upgrade or did something happen years ago that had to be replaced. Looks great!!"

"They look great ! I know your super happy," another one wrote. "You feel so much better when you get that dental work lol I was so self-conscious about it !" [sic]

However, some people called her out for making an attention-seeking move.

While some of her fans were glad that she went through the procedure, most did not feel happy about her move.

One netizen said, "I really, really wish that woman would just GO AWAY. She was a great skier, but nothing else. Leave us alone. I couldn't care less about your teeth, or looks."

Another one thanked her for the gold medals she brought to the U.S. However, the said critic also pointed out that Vonn needs to go away.

Throughout her skiing career, Vonn received positive responses from experts and fans.

She earned three Olympic medals -- one of which is gold -- and eight World Championships acknowledgments (two golds).

In addition, she brought home four World Cup overall championship trophies, pushing her to become one of only two female skiers to hit the feat.

During the 2010 Winter Olympics, Vonn won her first Olympic gold medal in downhill, the first one for an American ski racer.

In 2016, she finally surpassed Ingemar Stenmark's 19 globes record from 1975 to 1984. Vonn got her 20th World Cup crystal globe title that year. Furthermore, she received the second-highest super ranking among all skiers.

With all these feats she successfully bagged, it is truly unnecessary to seek more attention. However, it should be remembered that Vonn shared the controversial gross video for her fans -- and not for anyone else.